If you happen to be up at 2 am this morning reading this "live" so to speak, then I'd have to wager that it's a pretty safe bet that you're going thru the annual ritual of setting your clocks back an hour as Daylight Savings Time comes to an end, 2018.  (Although the actual date has fluctuated over the years, we've been Springing ahead ... and Falling back for as long as I've been around ... so this year we decided to take advantage of this theme and offer you some TIMEless music to enjoy throughout the day!)

In fact, we've come up with 60 TIMEless classics ... enough to enjoy one for Every Minute of Every Hour.  Spread 'em around throughout the day ... or just have a binge listening party right now!


As Forgotten Hits Turns Back The Hands Of Time, 2018.


I'm sure I could keep this up for at LEAST another forty songs ... but the simple fact is, I ain't got time anymore ...


So enjoy your extra-special, extra long day!  This is almost like flying to Vegas and picking up two extra hours the moment you land!!!  (Just think about how much money you could lose in two hours!!!)

How are YOU going to spend YOUR extra hour today???  (kk)

It was 2007 when Frannie and I flew out to the East Coast ... first to Philadelphia, where we were met by our FH Friends Rich and Mamie, who proceeded to take us on a personal tour of some of the city highlights (such as the Liberty Bell) ...

The Rocky steps and statue ... 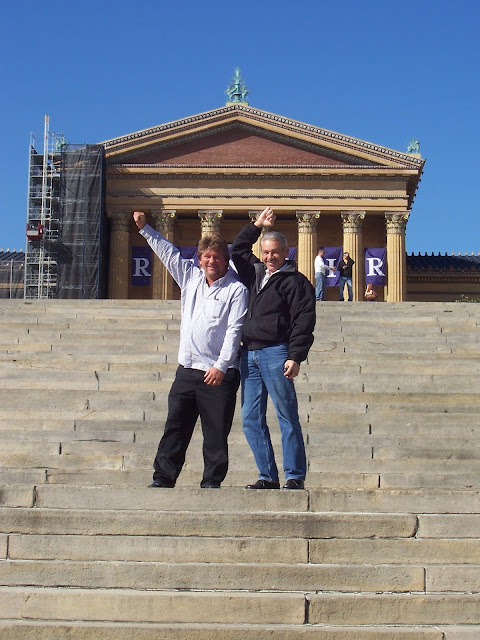 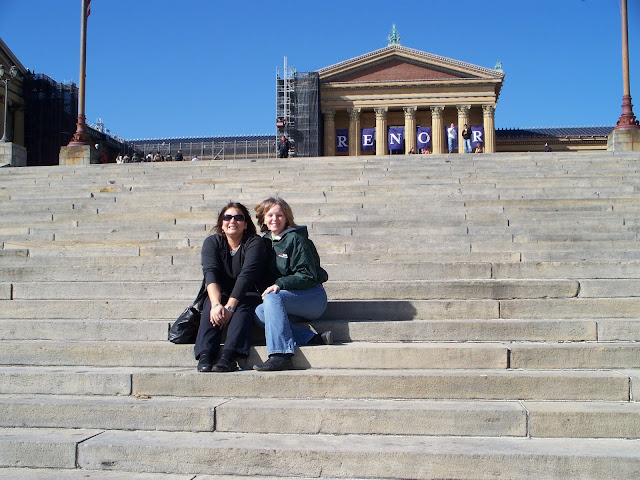 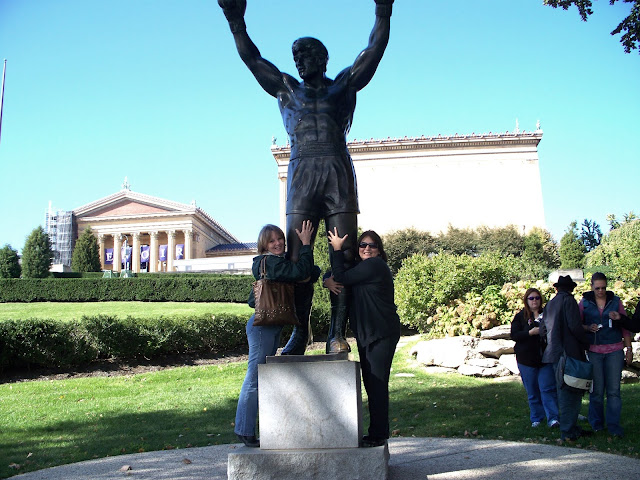 Followed up with a quick stop for lunch (and the obligatory Philly Cheese Steak Sandwich!) 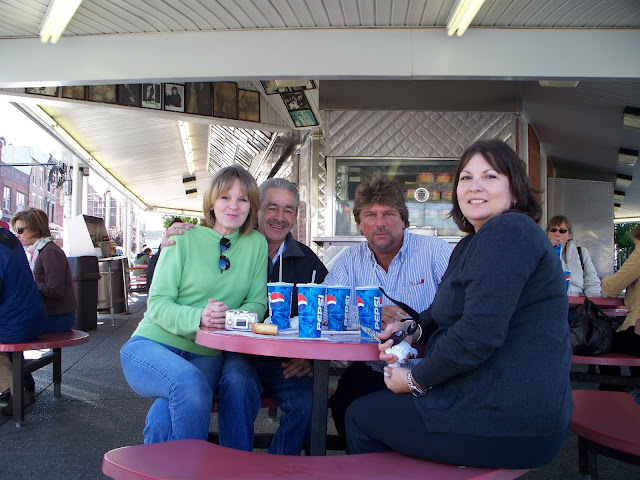 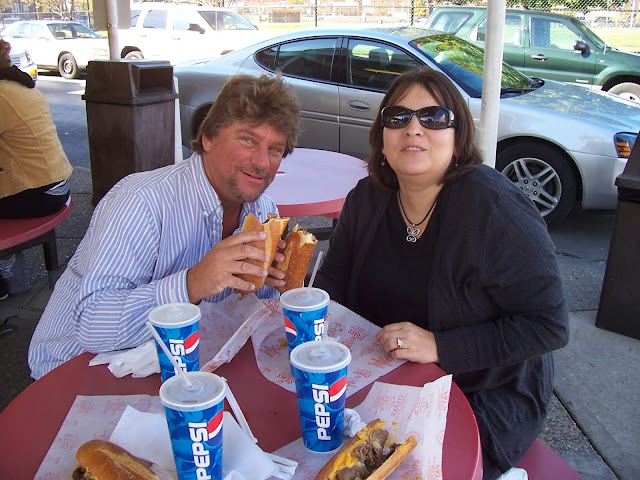 And then a personally guided tour of Philadelphia International Records ... which was nothing short of awesome! 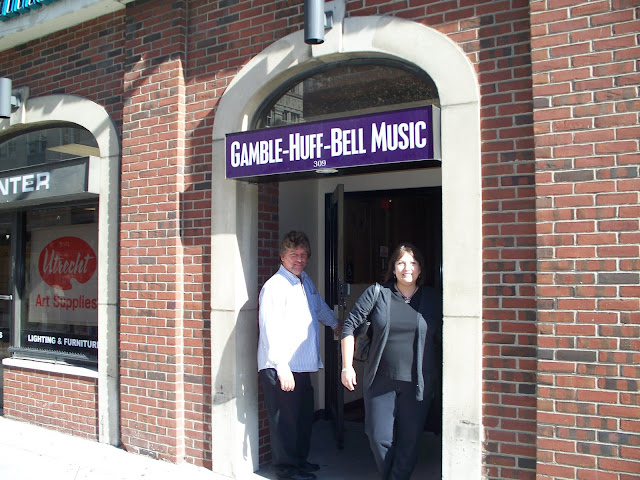 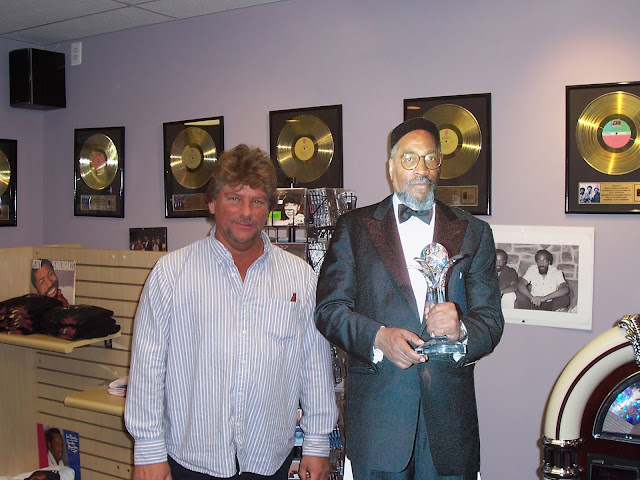 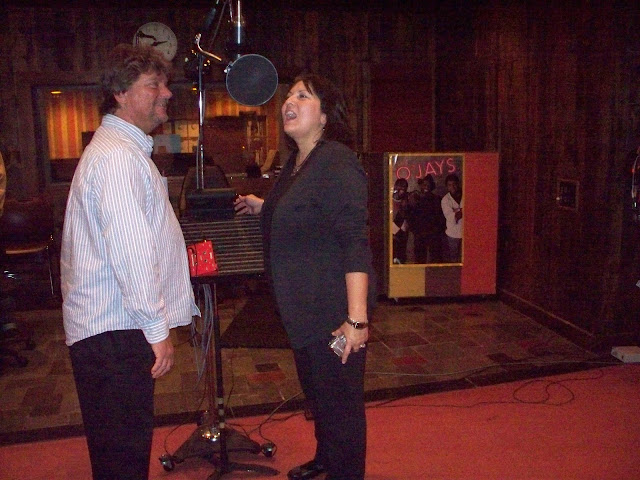 Then it was time for a quick drive thru Atlantic City (and a stop at a couple of the casinos there) ...

Before we headed on up to Wildwood ... 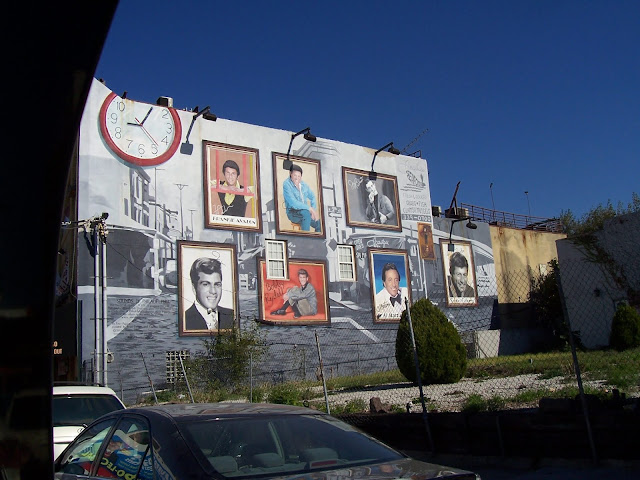 ... and the infamous Cool Scoops Ice Cream Shoppe (where we were met by our gracious host ... and long-time Forgotten Hits Reader) Paul Russo! 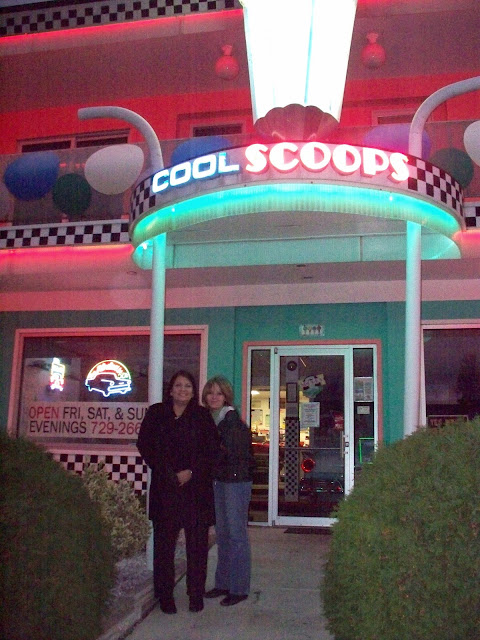 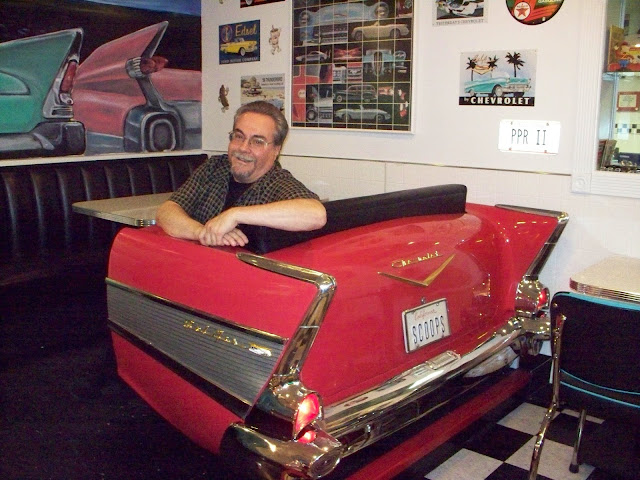 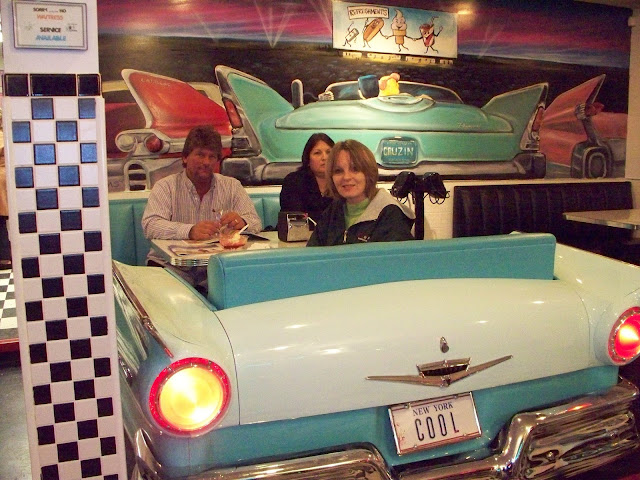 Before making our final stop at Dave The Rave's No Static Attic, where we broadcast a countdown of The Top 20 Favorite, Forgotten B-Sides as voted on by our Forgotten Hits Readers! 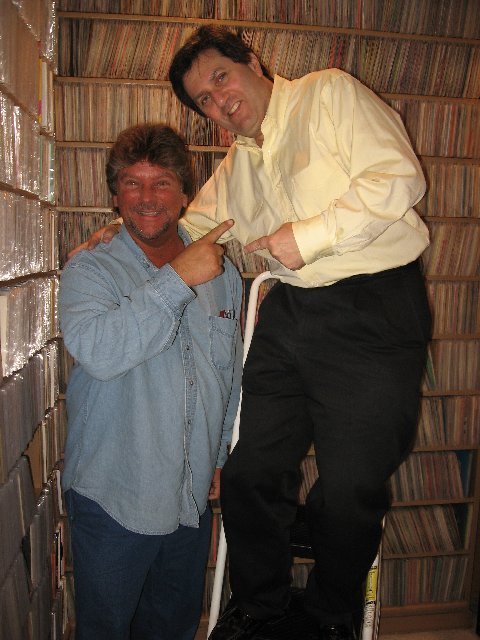 It was one hell of a show ... between us, we had arranged for a Who's Who of guests to call in and discuss their own B-Sides, many of which were then featured on the program.

We heard from Felix Cavaliere of The Rascals, Tommy James, Bob Lind, Howard Kaylan of The Turtles, Ron Dante, Ray Graffia, Jr. of The New Colony Six (who just happened to be performing at Cavefest that very same night in New York City!), Preston Ritter of The Electric Prunes, Ken Evans of The Fifth Estate and I'm sure at least three or four others whose names aren't immediately coming to me as I rush to write this!

To say the least, it was a jam-packed six hours of music and memories ... and by the end of it, I was beat.  (Frannie ws already asleep on the couch at this point!)

We had an early flight to catch the next morning (but fortunately we were staying right on the airport grounds) but I couldn't wait to get to bed.  We had WAY overbooked our weekend ... and I was toast.

I was floored.  This was SO unexpected ... and I knew that I stood a good chance of either falling asleep trying to drive to the airport ... or over-sleeping in the morning and missing our flight home.  I just couldn't do it.  So I said, "Uh-uh ... play me out" ... to which I said my on-air goodbyes while Dave spun "Thank You And Good Night" by The Angels, one of the Favorite, Forgotten B-Sides that had made the list (but not The Top 20)!


In hindsight, it was all a great experience.  Our Philly host Rich has since left us but he absolutely blew us away with the way he had planned our visit down to the most minute detail to really show us the city.  Paul Russo put us up for the night in his "Oldies Suite" ... and the whole trip was an exhausting but major fun time.

Let's just say that it's a Daylight Savings Time experience that I will never forget!  (kk)

You want one more?

Did you have fun?

Well, I hope you had the Time Of Your Life!!!