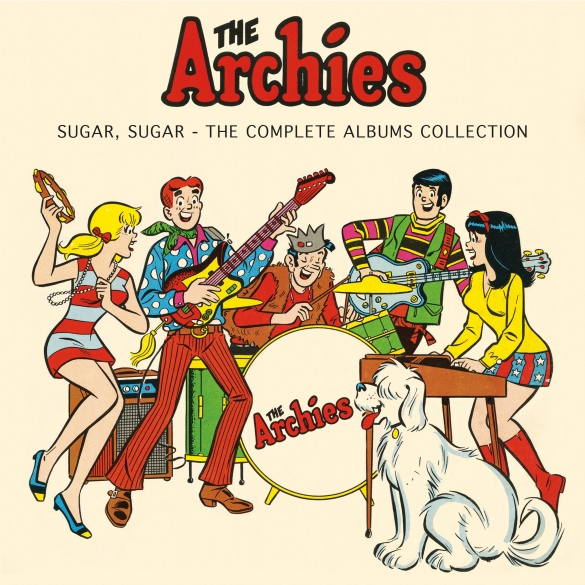 The Archies' hit "Sugar, Sugar" reached Number One fifty years ago this week on the WLS Hit Parade Survey.

It was the brainchild of mega-producer (and "The Man With The Golden Ears") Don Kirschner, who also spear-headed The Monkees' success a few years later.  (That relationship didn't end well ... The Monkees demanded power of control over their own releases and ultimately had Kirschner fired. I guess Donnie figured he would face less resistance from a bunch of cartoon characters on his next venture!)

Kirschner's roots date back to the '50's ... he and Bobby Darin teamed up during Darin's early years, writing and recording jingles and wanna-be hits together.  In the '70's, he would host his own Friday Night television series, "Rock Concert," which competed against The Midnight Special, starring Wolfman Jack.

There is no denying his eye for talent.  Along the way, Don Kirschner guided countless careers to success.


Ron Dante, the voice of The Archies, remembers exclusivey for Forgotten Hits ...

Hello Kent -
I cannot believe that this is the 50th Anniversary of my Archies hit "Sugar, Sugar".
The session was truly the most fun a singer could ever have.
Having Jeff Barry and Andy Kim writing the song, Don Kirshner supervising and having Toni Wine singing backgrounds with me was truly the best of times.
I remember Jeff taking his time with the track working on the the bass and drum for longer than usual.
Andy Kim had to play his guitar to give the musicians just the right feel.
Being in the studio with the best NYC musicians I knew the sessions would be smooth and easy.
Here are the guys who played on Sugar, Sugar:
·         Ron Frangipane - keyboards
·         Gary Chester - drums
·         Joe Mack - bass
·         Dave Appell - guitar
·         Sal DiTroia - guitar
·         Andy Kim - guitar
·         Toni Wine, Jeff Barry and Ray Stevens - Handclaps.
This summer I have had the pleasure of singing "Sugar, Sugar" on the Happy Together Tour, along with singing lead for The Turtles. It was great to see so many of my friends at these shows.
Ron