There was a big shake up at WLS at the start of April, 1970.  Buell and Stevens continue "back to back" at night, but Joel Sebastian comes over from WCFL to take the 10 AM - 2 PM slot at the Big 89, moving Art Roberts from that time to 6 - 10 AM morning drive time.

Here are a few photos for the new slot members mentioned above. 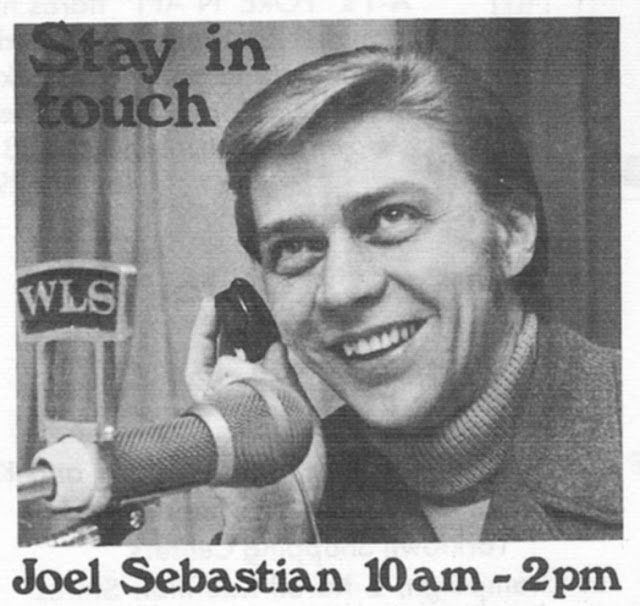 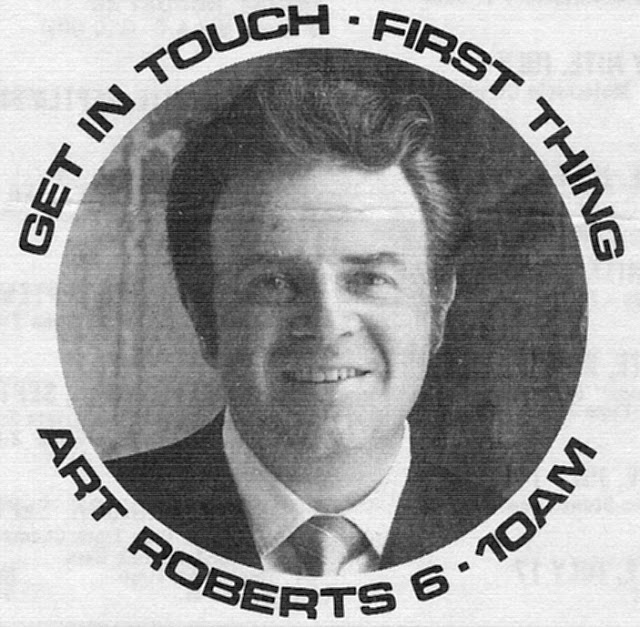 Also, BEFORE Larry Lujack was "Uncle Lar," he was short lived MOTHER Lujack to his kids, Chuck Buell and Kris Stevens. 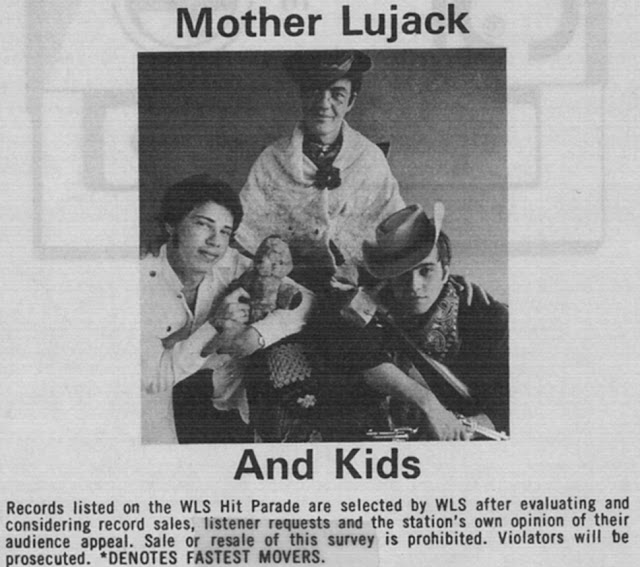 BTW, 1970 newcomer, Bill Bailey, a surprise transplant from WKLO Louisville, had quite a different style and started in January in the 6-10 AM slot, soon to be shelved to the 9 PM - 1 AM slot, moving Art from there to 6 AM drive time.  Eventually, Lujack would take over the 6 AM slot in October, 1970, with Scotty Brink coming to take Lujack's afternoon drive for a short time.  And the wheels on the bus go round and round.  Lujack went back to WCFL two years later.

This last pic is of the young "peace-niks," Buell and Stevens, with a nice penciled in sketch!  I got this survey in a batch of ones years ago that someone liked to scribble on and thought Chuck might like this!  I used to doodle in high school like this, but this is NOT my drawing, promise!
-- Clark Besch 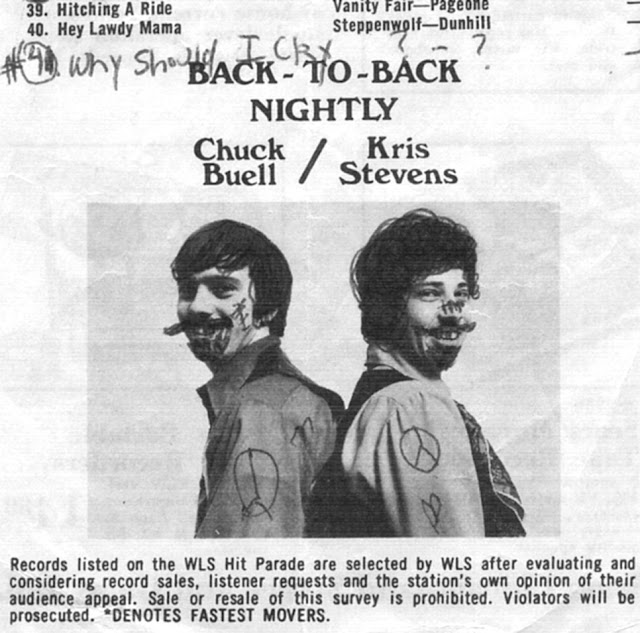 1970:  March 31st – A Japan Airlines flight carrying 131 passengers and 7 crew members is hijacked by The Japanese Red Army.  All passengers are eventually freed, unharmed.
Posted by Kent Kotal at 6:00 AM