Here's to live shows coming back strong in 2021. 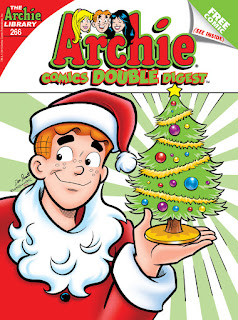 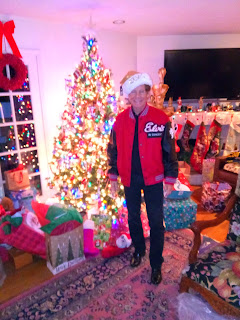 Hey, how’d you like to win an autographed guitar (a Fender Stratocaster, no less!)???

The Bee Gees’ Barry Gibb: ‘There’s fame and there’s ultra-fame – it can destroy you’
https://www.theguardian.com/music/2020/dec/07/the-bee-gees-barry-gibb-theres-fame-and-theres-ultra-fame-it-can-destroy-you

And this new interview with Darlene Love …

For me, Bob Dylan finally hit the chord (yes, pun intended) with Lay, Lady Lay. I even questioned who was singing it. It seemed that his voice and this song were made for each other. I had trouble listening to him sing his others, and yet, I consider them beautifully written in word and melody. It took covers by other performers for me to be able to stop, listen and appreciate. I don’t have a problem with that. He wanted to perform and in the coffee house world, he fit in. As a teacher, he would receive high marks in poetry and music composition, but I would introduce him to the Linda Ronstadt of my chorus and the budding instrumentalists in the band to give him the admiration he deserved.

Kinda the whole scope of our 2004 series … which I’m still hoping to rerun after the first of the year.  Stay tuned … we’re going to be featuring LOTS of GREAT covers!  (kk)

So sad to hear of Tommy Roe's wife passing … but heartened by Freddie Cannon's birthday.

We must carry one thru these tough days. 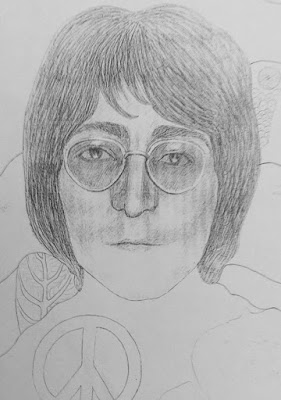 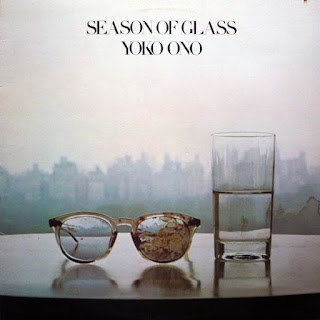 In memory of John Winston Lennon

Due to prior commitments, we missed promoting the actual event …

But the concept was just too cool to pass up …

So here’s information about this cleverly written book …

Imagine John Lennon with Yoko lunching with Donald Trump (before he leaves office) at the White House; or appearing on Bill Maher; or arguing with Fox’s Sean Hannity; and organizing a Beatles reunion concert transmitted to billions of people.

A new book, SAINT JOHN, imagines if Lennon reappeared today (40 years after his passing on December 8), only to discover a whole new world of mobile phones, the Internet and post-9/11 discussion.

Says author Daniel Hartwell, “Lennon’s iconic status was such that his presence today would conjure up a whole new set of intriguing possibilities. It was too rich a story to ignore as Lennon’s spirit continues to resonate.”

Hartwell had a chance to tell Beatle-mate Ringo Starr about his time-travelling fantasy and Starr immediately endorsed it. 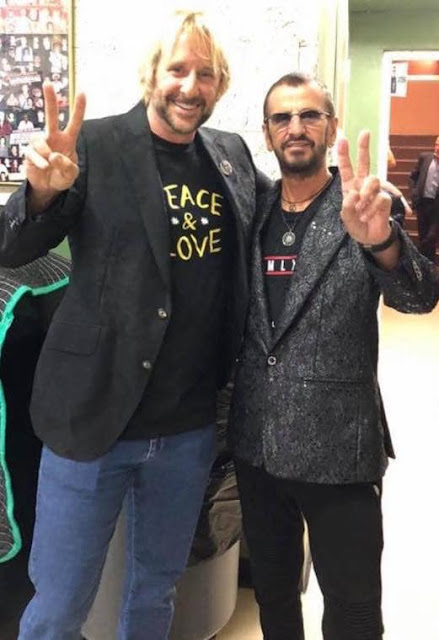 Lennon’s message that we are all one is the theme throughout.

Hartwell is organizing a virtual bed-in on December 8, 2020. 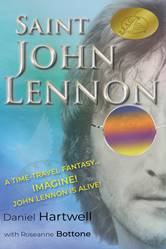 Saint John Lennon is an adventure like no other! A twist in time returns 40-year-old John Lennon to us on December 8, 2020, in front of the Dakota apartment building in New York City.  John finds today’s world embroiled in religious, environmental, and unprecedented political turmoil.

Updated for 2020, the 2nd edition* of this time-travel, action-adventure melds history, fact, fiction, and fantasy to bring Lennon back in the middle of political upheaval and a pandemic. Imagine John adjusting to astounding futuristic technology; reacting to the destruction of the Twin Towers; debating Sean Hannity on Fox News; organizing a Beatles reunion concert transmitted to billions of people; travelling into space with Branson’s Virgin Galactic to deliver a message of peace; writing music with Paul again and appearing with him belatedly on Saturday Night Live; reconnecting with Ringo, Sean and Julian; and dining with Yoko at the White House with President Trump before he leaves office!

Author Daniel Hartwell, a renowned concert promoter and positive living specialist, looks at today’s challenges and asks, “What would John do?”

“Anyone inspired by John’s lifetime quest for peace will be captivated by this imaginative, fast-paced, can’t-put-it-down romp.”

Take a photo of yourself in bed (with your kids, a loved one, or a pet if you’ve got ‘em) flashing a peace sign! Post your pics on Facebook and tag us @SaintJohnLennon. Let’s share the Love!

I didn’t hear the news right away that part of my youth had been stolen. A lot of people found out from Howard Cosell near the end of the Monday night football game, but I had to get up early for work and missed it. So at 6 AM, the clock radio went off, set to a hard rockin’ DC station (WAVA-FM). They uncharacteristically were playing John’s more mellow tunes like “Imagine” and “#9 Dream.” I thought, “This is unusual, but OK.” Then the DJ, choking back emotion, said Lennon had been murdered senselessly the night before.

40 years later and I still have a hard time listening to Lennon’s solo stuff, good as it is, because it depresses me too much.

RIP, John. You were taken from us way too soon.

I don’t usually write anything about John on this saddest of days on the Beatles calendar, but this one feels different.

Most of us baby boomers who saw and remember The Beatles on the Ed Sullivan Show, 2/9/64, are now north of 60 years on. Yet our memories as a generation who grew up on The Beatles will never, ever dim. They brought more joy to the world than any other four humans!. We are all thankful and lucky that we were the ones who were alive in the same time as The Beatles. The world is 4 1/2 billion years old. What are the odds?
John was the founding member of The Beatles. None of it could have ever happened without Paul, George and Ringo. But John was the rebel, an original thinker, telling us, through his words and music, how he felt. The honesty of his songs is all there for anyone who wants to know how John felt and thought. He could scream out “Help,” reflect “In My Life,” anthem “All You Need Is Love,” jibber jabber “I Am The Walrus,” protest “Give Peace a Chance,” the rawest honesty “Gimme Some Truth” and, most important, give the world, in 1971, a clear road map to the future of this planet, with “Imagine.”

The world was robbed of his future. We can only imagine what contributions to society he would have made in these past 40 years - just by being John.
That hurts. It is painful and it will never go away. We have all had to learn to live with it.
We think of Yoko today. John & Yoko were one of the greatest love stories of our time - Real Love!!!
We think of Sean, now 45, and now in charge of keeping his dad’s legacy going forward. We know he will do a great job.
We think of Julian, too, with love.
John, 40 years later, we still miss you so much. Thank you for being you. We will forever strive to reach your lofty goals.
All you need is love,
Mark Lapidos

The Fest For Beatles Fans

The death of a loved one is a hollowing experience. After 40 years, Sean, Julian and I still miss him. ‘Imagine all the people living life in peace.’ 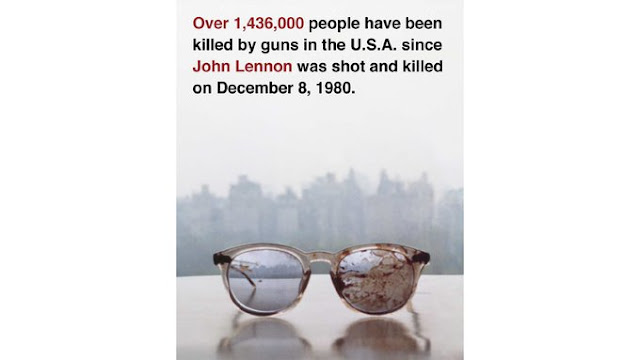 A sad, sad day, but remembering my friend John with the great joy he brought to the world. I will always be proud and happy to have known and worked with this incredible Scouser! 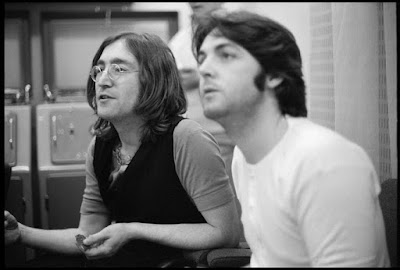 Tuesday, 8 December, 1980, we all had to say goodbye to John peace and love John. I’m asking Every music radio station in the world sometime today play Strawberry Fields Forever. 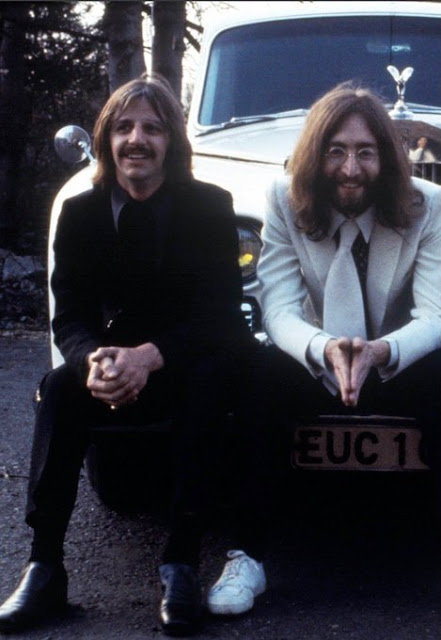 A tragic end for a gifted and talented friend. Here’s to the times we shared. Always remembered. 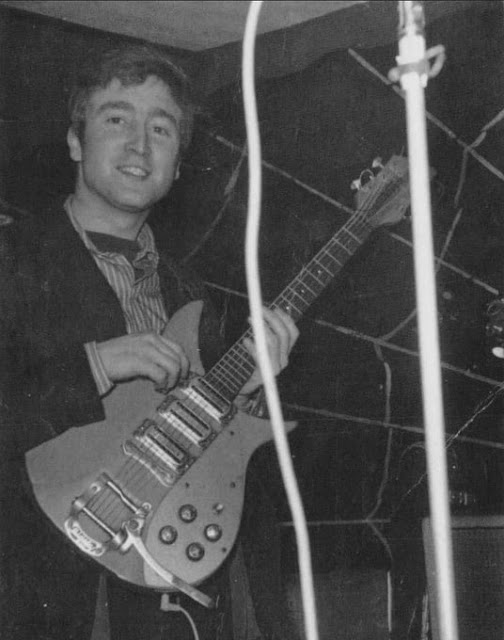 From Julian Lennon, under the caption “As Time Goes By …” 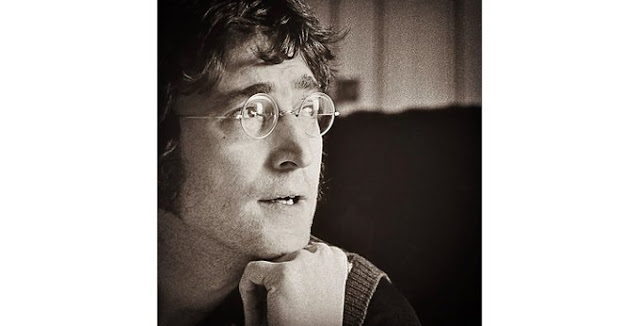 From Sean … a photo of a very young Sean, with Julian, John and Yoko

Somebody sent me this link last week …

Uhh … YEAH!!!  (Is there REALLY anybody out there that doesn’t already know this???)

I thought it might make for some “light reading” for some of the baby boomers on the list … and a Cliff Notes / Quick Guide to Music History, circa 1964 and The British Invasion for any of our younger readers who can’t already recite these statistics by heart … so I went ahead and ran the link.

(Don’t worry … prior to doing so, I did some research to make sure that this didn’t come from Captain Obvious … and it looks like we’re ok.  Draw your own conclusions!)  kk

This Friday Evening, December 11th, author and music historian Harvey Kubernik will be the guest interview subject on the widely syndicated late-night radio music talk program "Coast to Coast AM" hosted by Ian Punnett for a two hour interview.

Kubernik will be interviewed and interact with callers in the 10:00 pm - midnight timeslot (PST), discussing his latest book, "Docs That Rock, Music That Matters," as well as the musical legacy of Laurel Canyon, music documentaries, disco recordings and the Bee Gees, currently featured in Music Connection Magazine's Harvey Kubernik article "Bee Gees: How Can You Mend a Broken Heart," from HBO Documentary Films, a feature-length documentary that chronicles the triumphs and hurdles of brothers Barry, Maurice, and Robin Gibb, otherwise known as the Bee Gees.  In fact, he will be citing the Bee Gees on Ed Sullivan March 17, 1968 appearance and touting Ed's influence on music and pop culture.

Coast to Coast AM has a listenership of over 2.5 million, is estimated to be carried by 500 affiliates, a number of FM stations, is streamed on the show's website, and also broadcast by 12 clear-channel stations including KFI-AM (640) in the Los Angeles market and carried by Sirius XM. Coast to Coast AM is the most listened to overnight radio program in the country. Please visit www.coasttocoastam.com.

Coast to Coast is the top overnight show exploring everything and anything from UFO's to politics and can also be heard on iHeartRadio … Coast to Coast AM – iHeartRadio - www.iheartradio.ca › cjad › coast-to-coast-am-1.1761507

Harvey's "Docs That Rock, Music That Matters," the subject of a recorded 90-minute podcast interview with Goldmine magazine Editor Pat Prince, is still available to listeners, and the Mike Stax review in the November / December issue of Ugly Things magazine, is still online at  https://otherworldcottageindustries.com/UT55 Docs That Rock Review, page 28.pdf.
BEST CLASSIC BANDS – CELEBRATING THE ARTISTS, MUSIC AND POP CULTURE OF THE CLASSIC ROCK ERA, in its 2020 Review: The Best Music Books of the Year lists "Docs That Rock, Music That Matters" by Harvey Kubernik, reporting, "Here is the 'real-to-reel backstory' behind many of the music DVDs and documentary films you have on your shelves and in rotation in your home library. This book includes dialogues with acclaimed Oscar winners including D. A. Pennebaker, Murray Lerner and Albert Maysles."
In other news, Music Connection's latest Harvey Kubernik article "Tower Records 60th Anniversary" reports, the iconic music chain that defined the retail music business in the pre-digital era, is back in business 60 years after Russ Solomon first opened its doors in 1960.
Stay up to date with Harvey Kubernik on Kubernik's Korner!

Here are a couple of free concerts you can watch from home ...

It's all part of the AARP Couch Concerts Series!