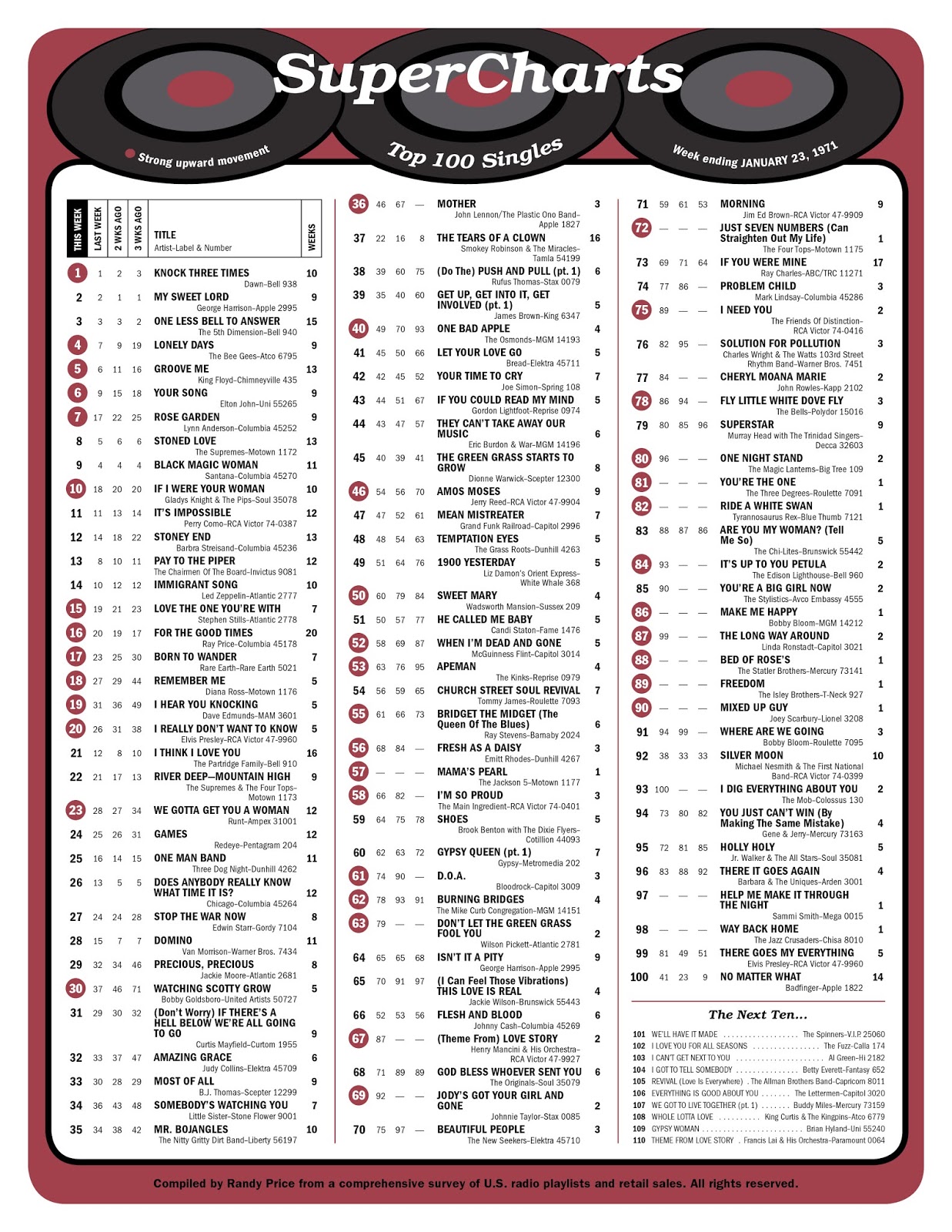 This week's top three songs hold their positions from the week before ... while "Lonely Days" and King Floyd's "Groove Me" move into The Top Five.

Not a great week for premiers this week ... although I have always fancied Sammi Smith's "Help Me Make It Through The Night" ... so that's the one I'm going with today.

1971 would prove to be a very big year for songwriter Kris Kristofferson.  In addition to "Help Me Make It Through The Night," Kris' compositions "For The Good Times" and "Loving Her Was Easier Than Anything I'll Ever Do Again" both made the pop Top 40 (the former a big hit for country crooner Ray Price, the latter would become Kris' own first hit as an artist), while Janis Joplin took his soon-to-be classic "Me And Bobby McGee" all the way to #1.

Also this week in 1971:
January 17th – Marvin Gaye sings The National Anthem at Super Bowl V in Miami, FL between The Dallas Cowboys and The Baltimore Colts 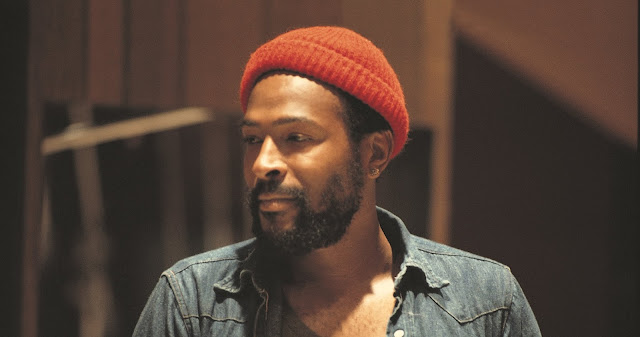 Also on this date, Kid Rock is born 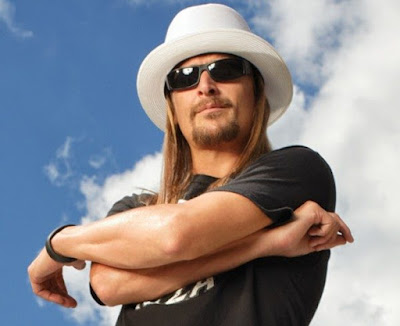 January 18th – Canada passes the CanCon Law, requiring that 30% of all music broadcast between 6 am and 12am be music created by Canadian artists.  (Tracks were considered eligible as long as they met at least TWO of the following four characteristics:  Music most be composed entirely by a Canadian; the recording artist is Canadian, the record was produced in Canada or the lyrics were written entirely by a Canadian.  This move was viewed as a way to better promote Canadian artists in their own country.)

January 20th – Diana Ross marries Robert Silberstein … she’ll file for divorce five months later … but the couple will later reconcile.  In all, the marriage lasted six years.
Posted by Kent Kotal at 6:00 AM