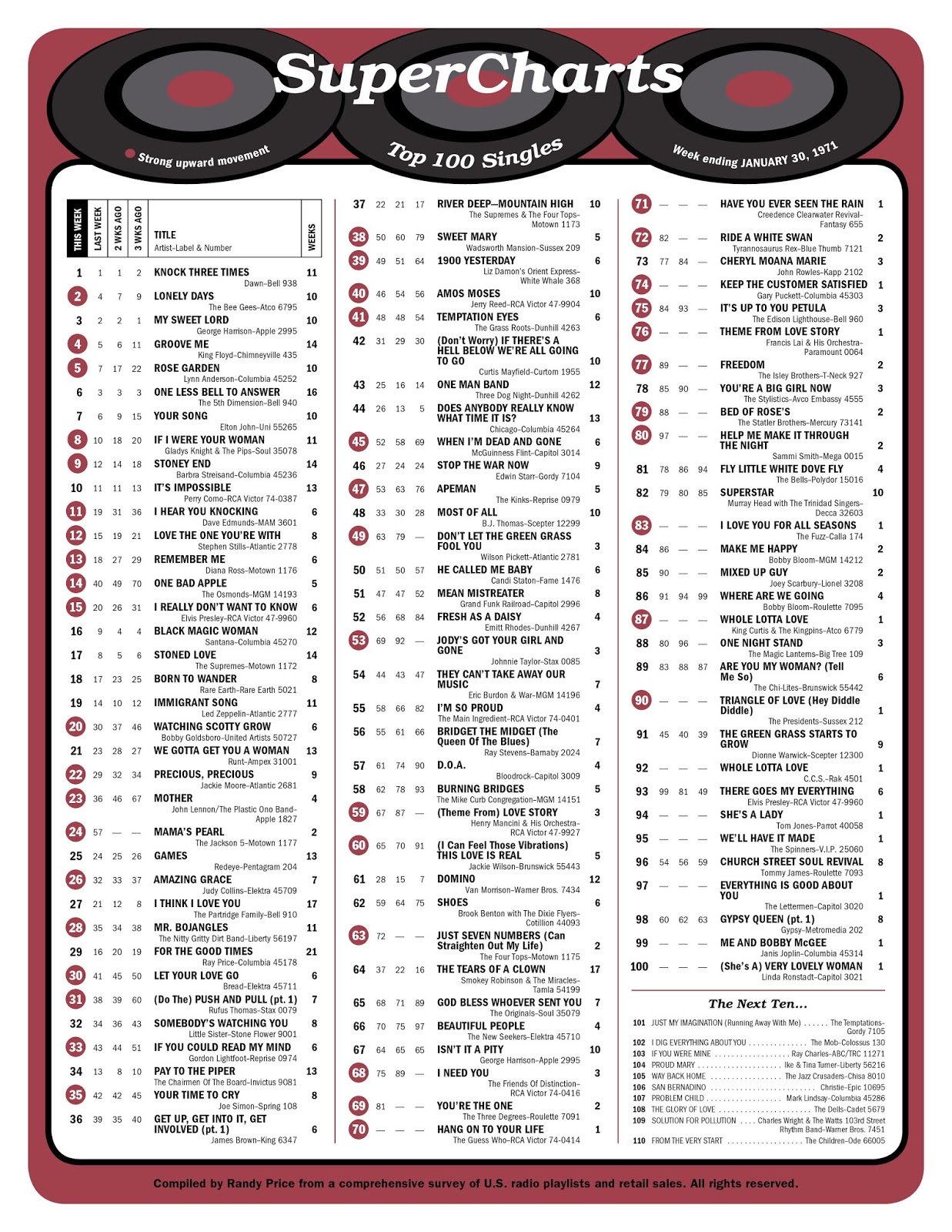 As we close out the month of January, "Knock Three Times" notches its third week at #1 while "Lonely Days" moves up a couple of places to now rank at #2.  "My Sweet Lord" is still hanging on, spending its EIGHTH week in The Top Five, this week at #3.

The Jackson Five have another smash on their hands ... "Mama's Pearl" moves from #57 to #24, a jump of 33 places after premiering on the chart last week ... and Bread make an impressive move from #41 to #30 (a jump of eleven spots) with their latest, "Let Your Love Go."

Two of my all-time favorite bands, The Guess Who and Creedence Clearwater Revival, have new records premiering on the chart this week.  "Hang On To Your Life" debuts at #70 and "Have You Ever Seen The Rain" pops up right behind it at #71.

Last week's "favorite" moves from #97 to #80, a jump of seventeen places for Sammi Smith's "Help Me Make It Through The Night" ... and while Emitt Rhodes seems to have petered out with his own hit, "Fresh As A Daisy," Linda Ronstadt premiers at #100 with her version of a song written by Emitt, "She's A Very Lovely Woman."

January 25th – Grace Slick and Paul Kantner of The Jefferson Airplane become parents of a baby girl.  Although they originally named her “god,” the couple eventually renamed their daughter China.

Also on this date, Charles Manson and three female members of his “family” are found guilty of the Tate – LaBianca murders