A couple of noteworthy new releases:

Andrew Sandoval has updated his INCREDIBLY awesome “The Monkees: Day By Day” book … literally doubling it in size in the process … but if you want to reserve a copy, you need to do it TODAY BEFORE NOON PACIFIC TIME.  (Not much notice, to be sure … and a couple of these are not cheap … but they’ll ALL be collectors’ items in no time … so you need to act fast to get in on the action.)

Artist tribute books don’t come much finer than Andrew Sandoval’s first effort … and this one promises to double the fun!  (kk)

And this NEXT announcement has raised more than a few eyebrows …

Hot on the heels of his recent “McCartney III” album, a reimagined TRIBUTE album is now available for preorder, featuring a variety of artists doing their own interpretations of Paul McCartney’s newest material.  (I’m not sure this new material is even familiar enough yet to resonate with anybody!!!)

But, in any event, you can now get the following artists covering Macca:

2. The Kiss of Venus (Dominic Fike)

*available on physical cd only

Once again, everything is being manufactured in a multitude of different formats including digital copies, physical cd copies and multi-colored vinyl options.

(Again … is ANYBODY out there out there craving to hear new versions of these few-month-old songs?  I’m not even ready to listen to McCARTNEY sing them again yet!!!) 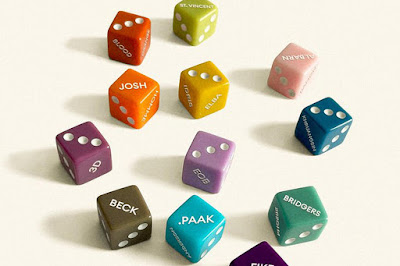 And, just announced (thanks to the success of the recent biopics on Freddy Mercury and Elton John), is a brand new film depicting the career of The Bee Gees!

OK, now this is just too funny for words …

And I absolutely remember BOTH of the episodes …

But never knew about the connection.

(Anything to save a buck on production costs, I guess!)  kk 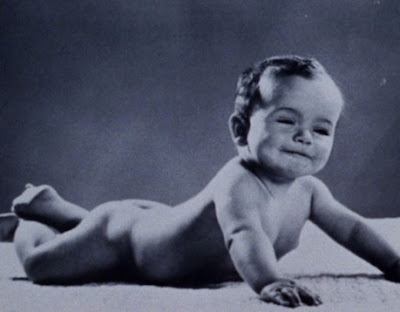 Got this one from Chuck Buell …

I've been thinking how great it'll be to travel again sometime soon.

Here’s another “stuck at home” favorite … 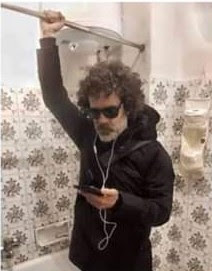 Thanks for that #1 song list to. Lots of great tunes of the day.
So ironic, that Record World and Cashbox has Snoop at #1, and Billboard kept us at #2. I'm sure it was politics ... nothing new there, huh ... lol
You take care, my friend.
Barry

Same thing happened here in Chicago.  WCFL had “Snoopy Vs. The Red Baron” at #1 for three weeks, holding off The Monkees in the process, while WLS had “I’m A Believer” on top for seven weeks.  (Meanwhile, WCFL saw “Georgy Girl” sneak in there for a couple of weeks, too.)  kk

Taking a swath through Mississippi and the town / city of Tupelo and causing thousands of dollars in damage, this 1936 hurricane killed hundreds and injured hundreds more.

There were many survivors.

One such was a family of three ... a young couple and their one year old son.

Twenty years later to the day, in the entertainment world, he had become his OWN  PRIVATE hurricane  and tornado combined …

I’m surprised that none of the FH comedians have picked up on the current relevance of this FH ditty, a perfect anthem for the trans-generation brigade:

Believe it or not, this was very nearly a Top 40 Hit.  (Actually, it’s yet another one of those that charted at a better than 20 point discrepancy between the three music trades:  Cash Box had it peaking at #45 while Billboard placed it at #58 / #39 Country and Record World only saw it climb to #67.)

It didn’t chart at all here in Chicago … but I was familiar with the tune because my mom was such a big Roger Miller fan … so we heard it being played at home all the time.  I’m sure I saw him perform it on his television series, too.

Roger came up with some CRAZY lyrics, man …. And this whole record sounds like nothing more than a sloppily put together demo … but that’s EXACTLY the way they released it at the time.  Good to hear that one again.  Thanks, Mike!  (kk)

In addition to that long forgotten gem, we’ve been hearing quite a few other tracks lately that definitely qualify for Forgotten Hits status.

How about “American City Suite” by Cashman and West?

(Believe it ot not, I’ve actually heard this one TWICE in the past few days … and that after NOT hearing it in YEARS!)

Now, I have always like this song … especially the ending segment … very moving ... and this WAS a National Top 40 Hit … well, in Record World anyway … in 1972.  (It only charted here for one week on WLS, but it peaked at #21 and never made it past #27 in Billboard.)  Still, it was great to hear it again … so we’re sharing it with you today, too.  (If you listened to Rewound Radio’s Dee Jay Hall Of Fame salute to John Records Landecker on Saturday, you heard it there, too.)

Next, here’s one we heard on Sammy Tallerico’s “Lost And Found Oldies Show” a couple of weeks ago as part of his salute to our 1971 Super Charts … it’s the #60 Chart Hit “The Morning Of Our Lives” by Arkade.  (When’s the last time you heard THIS one???)

Sammy also played “Virginia” by Bill Amesbury, a #11 Hit here in Chicago in 1974.  (Today Bill is probably more famous for his sex change operation than his recording career!)

And then Rewound Radio surprised us the other day when they played the seldom-heard Gilbert O’Sullivan hit “Out Of The Question,” a #17 hit in 1973, right between his Top Five smashes “Clair” and “Get Down.”

And Me-TV-FM certainly got our attention when they played Art Garfunkel’s version of the Tim Moore tune “Second Avenue” the other night as well.  (I always preferred Tim’s original reading of this tune … probably because I heard it first as Garfunkel really does do an outstanding job with this one.)

Listening to another old Larry Lujack broadcast this week on MixCloud provided the opportunity to hear “Earache My Eye” by Cheech and Chong, a record that topped the WLS Chart back in 1974.  (Incredibly, “Basketball Jones” and “Sister Mary Elephant” went to #’s 2 and 3 the year before!)  Yep, novelty records ALWAYS did well here in Chicago!

What a GREAT way to break up the monotony of hearing Boston’s “More Than A Feeling” or Aerosmith’s “Dream On” or “Stairway To Heaven” and “Layla” fifteen times a week instead!  Kudos to those radio stations, programmers and jocks who “get it” … radio would be a WHOLE lot more interesting if others followed your lead.  (kk)

Listening to the John Records Landecker Dee Jay Hall Of Fame Salute on Rewound Radio on Saturday sure brought back a lot of good memories.

It seems like nearly everybody who called in to the Boogie Check segment always wanted to tell some lame joke while Landecker was always pushing them to be a bit more creative on their own ... primarily so that HE could be as well.  (Jonathon Brandmeier would be the first to admit that he lifted Landecker's bit when he would have his listeners call in ... probably more so on the Crack Me Up line.)

Best joke of the broadcast?

What's brown and round and sits on a piano bench?

I also REALLY enjoyed the April Fools segment where John guested on WXRT and tried to do his AM schtick on the FM dial on what, at the time, was probably Chicago's most Alternative Music station.

This would have been in the late '70's ... and John admitted that the two questions he gets asked the most at public appearances or when talking to fans and listeners are:

"Why does WLS play such lame music?  It's just BAD music!"

And "Why does WLS edit all their songs?  All of the other stations in town play the long, album versions ... but WLS also cuts them up."

To which John ultimately came up with the perfect answer:

"If you played music as bad as WLS does, YOU'D edit them too!!!"

What's brown and round and sits on a piano bench?