B.J. Thomas has been diagnosed with Stage 4 Cancer.

I have LOVED this man’s voice since the very first time I heard it back in 1966 on his cover of Hank Williams’ “I’m So Lonesome I Could Cry.”  He had such a distinctive tone … NOBODY sounded like B.J. … uptempo, ballads, gospel, country or pop … he nailed them all.

With all that this poor man has been thru in his life, we can only hope that any time he has remaining can be spent doing what he loves most and enjoying what he can with those who mean the most to him.

And it sounds like that’s exactly what he’s planning to do.

In a statement released from the Texas facility where he is currently being treated ... and hopeful of a complete recovery ... Thomas had this to say:

“I just wanted to take this unique opportunity to share my gratitude to Gloria, my wonderful wife and my rock for over 53 years, my family, friends, and fans. I’m so blessed to have had the opportunity to record and perform beautiful songs in pop, country, and gospel music, and to share those wonderful songs and memories around the world with millions of you. I ask all of you for your prayers during this time and that my music can live on with you.”

Looks like Linda Ronstadt is the latest artist to sell her catalog of musical assets to Irving Azoff’s new Iconic Artists Group.  (The Beach Boys made a similar deal about a month ago.)

This seems to be a major new trend with vintage artists, reaching the twilight of their careers, opting out for the big pay day by turning over the management of their catalog to an agency dedicated to keep their recorded legacy alive.  (Witness similar recent deals with artists like Bob Dylan, Stevie Nicks, Mick Fleetwood, David Crosby, Neil Young and others.)

This also allows the artist to leave a tidy sum to their families when it comes time to sing that final song.  Still, it's kind of an eerie and creepy feeling ... but this is music management in the millennium, I guess!  (kk)

Today you wrote about Sam Cooke … and it reminded me of this JEOPARDY QUESTION:

Who recorded "YOU SEND ME" and "TWISTIN' THE NIGHT AWAY?"

Of course, TODAY the answer to that question would have to be Sam Cooke …

I especially liked Harvey's piece on Lou, Herb and Sam.

When I interviewed Lou for the Mamas & Papas singles collection I did for Real Gone Music, we started off with some casual, get-to-know-you chatting, during which I mentioned one of his early singles with Herb: "Poor Boy Needs A Preacher" by The Untouchables.

Lou was surprised that anyone remembered that one: it was a distant memory even for him. Still, he had fond recollections of it.

"Poor Boy" is a solid evocation of a Drifters-style record: to my ears it's more reminiscent of a 1961 single than one from early 1960, when it was released. Either way it's a goodie.

For your listening enjoyment ...The Untouchables ... https://www.youtube.com/watch?v=RSkHeX1VGkE

I'm getting a lot of emails about my archive quotes displayed. Karma for asking Bones Howe, Lou Adler, Andrew Loog Oldham and Bobby Womack as early as 2000 about Sam Cooke's legacy.

It is one thing to announce and tout a terrific new (expanded) DVD title that we are all grateful for … but quite another aspect of my research and root work devotion to offer insights for FH readers culled from my own interviews over many years to reinforce the "Legend" product and the saga of Sam Cooke.

By the way, I loved that "Wonderful World" cartoon!

Only on FH can you see and feel all the dots connecting.

Kudos on putting all of those pieces together for us to tie into the DVD rerelease.  I’m anxious to see all the new “extras.”  (kk)

And, following up on that new Trini Lopez documentary that we’ve been telling you about, you've actually got the chance to catch the official premier tomorrow night if you're interested … read on ...

MY NAME IS LOPEZ 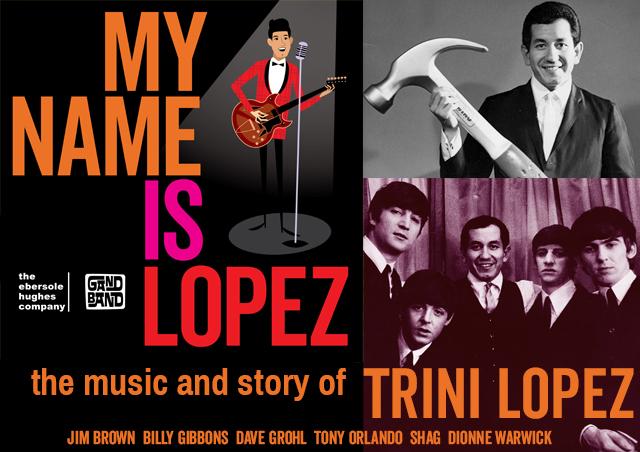 The life of Trini Lopez, groundbreaking Mexican American recording artist, guitarist, and actor, is chronicled in the film My Name Is Lopez.  The feature length documentary is world premiering as the opening night gala at the 2021 American Documentary and Animation Film Festival (AmDocs2021) in Palm Springs, CA, this Thursday, March 25.  The film, directed by P. David Ebersole and Todd Hughes (House of Cardin; Mansfield 66/67; Dear Mom, Love Cher), was produced by Joan and Gary Gand whose Gand Band backed Lopez during the latter part of his life in Palm Springs, his adopted hometown.

Link to view My Name Is Lopez trailer: https://youtu.be/AwAJF0cg_8s

My Name is Lopez includes never-before-seen archival performance footage of the singer whose biggest hits, including “If I Had A Hammer,” “Lemon Tree,”

“La Bamba,” “Michael (Row Your Boat Ashore),” melded folk music with rock and Latin elements, paving the way for the folk-rock movement of the 1960s. Ebersole and Hughes conducted a series of extensive interviews with Lopez, significant portions of which are seen in the film, a fortuitous circumstance in light of his tragically succumbing to COVID-19 this past summer at the age of 83.

My Name Is Lopez features new interviews with fellow Texan and ZZ Top founder Billy F Gibbons, Dave Grohl of the Foo Fighters, Dionne Warwick, NFL legend Jim Brown, who is portrayed in the current hit film One Night In Miami, as well as actor Donald Sutherland, singer Tony Orlando and others.  The film includes excerpts from Trini’s last ever live concert performance with Billy Gibbons lending a musical hand and backing from The Gand Band.  The concert was introduced with a candid on-stage Q&A hosted by Vintage LA and Spectrum TV’s Alison Martino that is also part of My Name Is Lopez.

The first son of undocumented Mexican immigrants, Trinidad Lopez III grew up in Little Mexico, a black and Mexican ghetto in Dallas, TX.  Early in life he picked up a $12 guitar and started on the path that would lead him to international stardom. Undaunted by the endemic prejudice of the time, Trini Lopez refused to change his name to “pass” and landed at PJ’s, a hip Hollywood nightery where word spread of his phenomenal talent. Ultimately, Frank Sinatra, a PJ’s regular, was so taken with Trini’s crowd-pleasing abilities that he signed him on the spot to Reprise Records, his fledgling record label.

In 1963 Reprise released the live album Trini Lopez at PJ’s that included a rocking adaptation of Pete Seger’s folk song "If I Had a Hammer.”  The “Hammer” single reached #1 on record charts in 36 countries bringing stardom to the kid from the Dallas barrio.

Trini Lopez went on to score 13 U.S.chart singles and became one of the country's top nightclub performers, taking folk music electric a year before Bob Dylan plugged in. Trini performed for a month in Paris on a bill with the Beatles and regularly headlined in Las Vegas, where performers of color were not allowed to sit and drink in the very places they played. An honorary member of the Rat Pack during a time of insidious racism in America, he shared a complicated relationship with Sinatra, his lifelong friend and mentor. Sinatra secured him a costarring role in the WWII adventure film The Dirty Dozen. The big break into acting was nipped in the bud when Sinatra used his influence to have Trini’s character “killed off” in the second act to get him back on the concert circuit to rescue his failing record label.

The world premiere of My Name Is Lopez on March 25th at the Mary Pickford Drive-In marks the opening night of AmDocs2021, which includes two encore screening of the film on March 26th and March 27th at the Palm Springs Cultural Center Drive-In. The film is also available to view at home any time through the Docs Now+ platform as well as over 200 other film for the 10-day virtual festival for $35.88, including a 12 month subscription to Docs Now. Click https://docsnowplus.com

Lots more tomorrow in this week's edition of Thursday This And That ...

But first this final smile, courtesy of Frank B ... 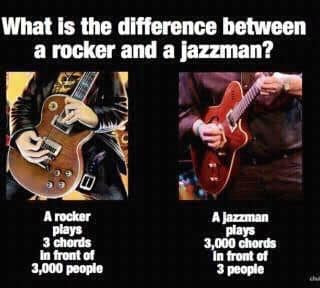