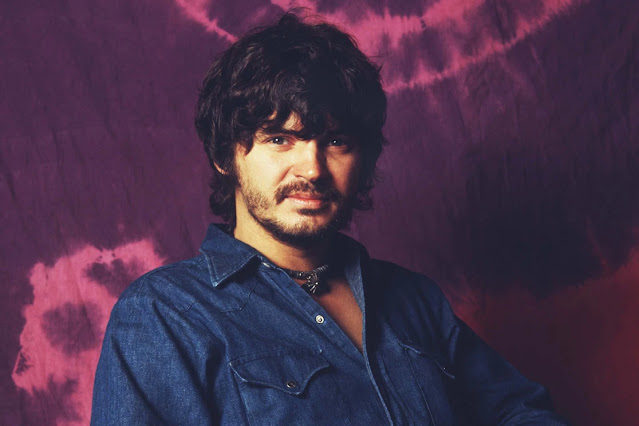 The other half of one of the most influential acts in rock and roll history (his brother Phil passed away in 2014), The Everly Brothers blended their country roots and their exquisite harmonies with the rhythm of the new rock era and, in the process, placed 26 songs in the National Top 40, including 14 that made The Top Ten and five that went all the way to #1.

Their influence on everybody from The Beatles to Simon and Garfunkel to The Hollies (who recorded an album with the duo in England), The Bee Gees and The Beach Boys was a key part of each subsequent artist’s success.  (Paul McCartney would go on to write a comeback hit for The Everlys in 1984, “On The Wings Of A Nightingale,” which peaked at #47 … and The Everly Brothers would even take the stage on occasion to join Simon and Garfunkel in the singing of some of their earlier hit records.)

The duo famously split up on stage during a live performance at Knotts Berry Farm in California and didn’t speak to each other or perform together for nearly ten years.  Then, a reunion concert held at The Royal Albert Hall in Great Britain, reunited the brothers for a second wave of nostalgia, performing many of their classic hits.

The Everly Brothers were inducted into the very first class of The Rock And Roll Hall Of Fame in 1986.

Don’s image as a good ol’ country boy wasn’t always squeaky clean, however.  He battled various drug addictions and even a suicide attempt along the way … but his natural God-given talent always won out in the end.  These boys could SING!!!

Originally guesting on their parents’ radio program, The Everly Brothers built a following at a very early age … but once rock and roll took hold, they modified their gospel roots, country classics and impeccable harmonies to adapt to the times.  They were accepted immediately … and the hits just kept on comin’!

Don’s daughter Erin was married to Axl Rose of Guns ‘n Roses fame … and was the inspiration for their #1 Hit “Sweet Child O’Mine.” (1988)  She even appeared in the official video for this track.  (She also filed for divorce just three weeks after marrying the singer!)  kk

THE EVERLY BROTHERS: HARMONIES FROM HEAVEN

The Everly Brothers actually have a Chicago connection.

Phil was born in Chicago to parents Isaac Milford "Ike" Everly, Jr. (1908 – 1975), a guitar player, and Margaret Embry Everly. Ike moved the family to Chicago in the late 1930s in search of a career in music. He was a regular on the WLS Barn Dance program.

While Phil was born in Chicago, the family moved to Iowa when he was just a couple years old.

The Everly brothers spent most of their childhood in Shenandoah, Iowa.

CB ( which stands for Chronologicaling Boy!” )

The Everly Brothers are one of those acts near the top of my list of artists I regret never having seen perform live in concert ... as I was always a big fan of their music.

Again, the "Harmonies From Heaven" DVD is an excellent representation of the brothers' music throughout the years ... highly recommended.  (kk)

"They read each other's mind when they sang, and let us in.
I first saw Don & Phil in 1962 at the New Victoria Cinema on their UK tour with Ketty Lester. The Everlys had the Crickets as their backing band. It was the first time I heard recordings played on stage as well as the records themselves. It showed me a future."
-- Andrew Loog Oldham to Harvey Kubernik

Andrew is a Rock and Roll Hall of Fame inductee. Manager and record producer of the Rolling Stones, 1963 - 1967. The Stones on a 1963 UK tour opened for the Everly Brothers.

"During a 1963 tour of England with the Everly Brothers with the Andrew Loog Oldham-managed Rolling Stones as a support act, their guitarist Don Peake gave guitar lessons to Keith Richard, who later touted Don’s tips in an issue of New Musical Express.

“I have picked up as many hints on guitar playing as I can from Don Peake, who is the Everly Brothers guitarist. He really is a fantastic guitarist, and the great thing about him is that he is always ready to show me a few tricks.”

-- from the Harvey Kubernik 2014 book "Turn Up The Radio!" Santa Monica Press.

"In 1961, Don Everly and Phil Everly hired me to be their lead guitar player on tour.

I was so fortunate to be with them at the height of their career.
They took me to England and to other parts of Europe, and we toured the United States.
In 1963, our English tour was joined by Bo Diddley Little Richard and The Rolling Stones, a young group. In 1962 in Germany, the Beatles would stay backstage to watch the Everlys because their harmony was incomparable. Joey Paige was our bass player, and Chuck Blackwell played drums.
The Everly Brothers are one of Americas' greatest musical contribution to the world of music."
-- Don Peake, 1961 to 1963 Everly Brothers. 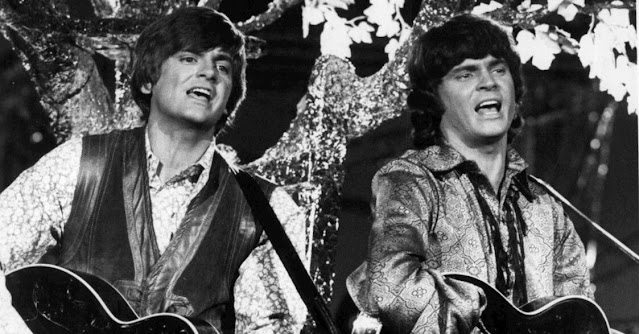 Known as one of country music’s greatest story tellers, Hall crossed over to the pop charts a few times with hits like “The Year That Clayton Delaney Died” (#42, 1971) and the extremely popular “I Love” (#12, 1973)

His greatest success came when Jeannie C. Riley recorded a song he wrote in 1968 called “Harper Valley P.T.A.,” which went all the way to #1. (kk)