re: UP-COMING AND RECENT EVENTS:
REMEMBERING EDDIE COCHRAN:
We Lost Him 50-years Ago This Month! April 17th, 1960
PHILLY'S ORIGINAL ROCKER -- CHARLIE GRACIE -- headlined the Big 50th Anniversary Memorial Concert for his late friend -- Rock n Roll Hall of Famer EDDIE COCHRAN in Chippenham, England -- the city where Eddie was killed in that infamous taxi accident. The event drew abut 3,000 from around the U.K and several countries in Europe.
Charlie and Eddie were good friends and played several show together in the late '50s. Charlie has a week to go his five-week British concert tour and will return for another month of shows this fall.
SOME CHARLIE GRACIE PHOTOS WITH EDDIE COCHRAN:
1. Charlie Jr. & Charlie Sr: location of Eddie's fatal in crash -- Chippenham, England.
2. Charlie and Eddie: 1957.
3. Charlie next to Eddie with Everly Bros. looking on -- Chicago 1958.
4. CHARLIE GRACIE with THE CLASS OF '58 -- ON STAGE AT THE OLYMPIAD ARENA in Chippenham England -- site of the Eddie Cochran 50th Anniversary Memoral Concert / Festival on April 16 / 17 / 18, 2010.
Charlie Gracie, Jr. 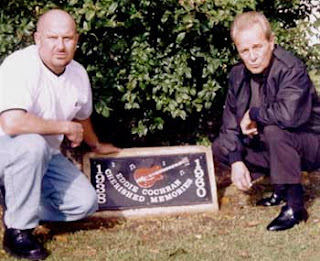 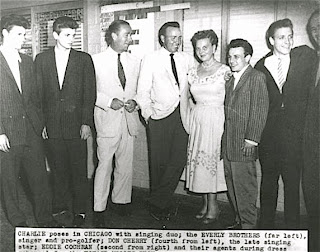 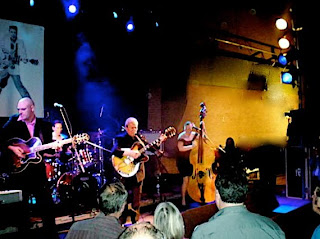 On May 1st, Philadelphia House is proud to announce a truly extraordinary concert experience in a wonderfully intimate setting ... the Philly Pop Music series.
The series will include the filming and recording of each performance and the marketing and promotion of the series. Curator for this series is George Manney.
Where:7312 Castor Avenue / Philadelphia, PA http://www.jtphiladelphiahouse.com

We will also be screening part of the music documentary in production, Philly Pop Music, The Lost Pioneers. The film features archival footage, performances & interviews of the great Philadelphia musical community. The event will be hosted by WMGK 102.9 - Sirius / XM DJ, Michael Tearson.
Featured performers on May 1st include:
Philadelphia's power pop sensation Nazz, featuring original lead singer Stewkey. Their live shows recreate searing, letter-perfect 4-part harmony driven versions of their classics "Hello it's Me" & "Open My Eyes" in addition to newer songs. Voted one of the top 100 cult bands by Mojo Magazine (UK), Nazz were light years ahead of most contemporary American bands.
The late-1960s Philly-based outfit, American Dream, featured the talents of NE boys, Nicky Indeliato - singer / rhythm guitarist, and singer / guitarist Don Lee Van Winkle. One of the first acts signed by Bob Dylan manager, Albert Grossman, to his newly formed Bearsville label (which was distributed by Ampex), their self-titled 1969 debut was also notable as one of Todd Rundgren's (Nazz) first outside productions.
Philly boy Jeff Washington's CD, Neptune Moon, showcased Jeff 's guitar work & won favorable reviews. Jeff has performed in concert & on tour with: Melba Moore, Lee Andrews & The Hearts, Mary Wells, Freda Payne, Albert King, Freddie Jackson, Blue Magic & Chaka Khan.
The Soul Survivors began a strong following playing venues in Atlantic City & Philadelphia. While enjoying great success in Philadelphia, they attracted the attention of record producers Gamble & Huff. Into the recording studio they went, emerging with "Expressway To Your Heart", a song that would climb to #3 on Billboard's R&B chart and #4 on it's Top 100 list. In polls taken by both the Philadelphia Inquirer and Philadelphia’s City Paper, The Soul Survivors "Expressway" was voted the number one record ever to come out of Philadelphia. Today, Charlie and Richie Ingui & The Soul Survivors just released a new CD titled, "Heart Full Of Soul".
Also performing on May 1st will include members of the NE bands: Edgar Murray, Stone Dawn, Cats and more!
Where is this all night rave located at???
7312 Castor Avenue
Philadelphia, PA
A night not to miss in Philadelphia!
http://www.jtphiladelphiahouse.com

KENT,
I would love to see the original Rascals. I still maintain their '65 hit "I Ain't Gonna Eat Out My Heart Any More" is one of the most underrated songs in rock 'n roll history.The organ combined with Felix's lead vocal make it such a remarkably soulful slice of music. I've always wondered what an Otis Redding or a Percy Sledge would have done with that song. I'm not sure either guy would have matched the sense of urgency and angst that the Rascals brought to the table with that record.
Side Note: I'm still surprised after all these years that the song didn't have greater chart success.
Sure you already know this ... Henry and Street Gold have Dion coming to the Chicago Theatre in June for The Annual Doo-Wop Show.
Keep on rockin'
Chet Coppock
Without question, it's a GREAT track ... one of MY favorites by The Rascals, too. (For the record, that's actually Eddie Brigati handling the lead on this one ... but you're right ... Felix had / has one of the most soulful voices every waxed!)
Despite stopping at #52 in Billboard, it was a #17 Hit here in Chicagoland in early '66 ... right before they scored their first #1 Hit with "Good Lovin'".
The Rascals always did very well here in Chicago: "I Ain't Gonna Eat Out My Heart Anymore"; "Good Lovin'"; "Groovin'"; "A Girl Like You" (my favorite); "How Can I Be Sure"; "It's Wonderful"; "A Beautiful Morning"; "People Got To Be Free"; "See" and "Carry Me Back" all made The Top 20 here in Chi-Town ... and "You Better Run" (#21); "I've Been Lonely Too Long" (#23) and "A Ray Of Hope" (#22) just missed. (Wouldn't it be awesome if these guys loved playing together again so much that they decided to stay together for a reunion tour?!?!?) kk

My show at BB KING'S in NYC this coming Jan 30th is going to be hot!

Not only my friends Dennis Tufano, Sonny Geraci and Bo Donalson but expect some very cool, special guests that night. The show starts at 7:30.

Wish we could be there to see this one. And, speaking of Dennis Tufano ...

Thanks for the mention for the NY gig.
Here's another closer to home. This is my baby, as you know, and I am really looking forward to this show.
Dennis 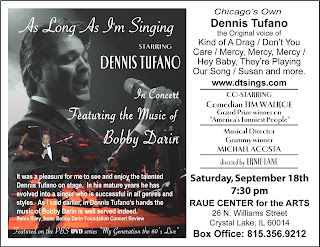