Another very enthusiastic, packed house welcomed The Stylisitics to the stage at The Arcada Theatre on Friday Night ... and we're very happy to have been among them. 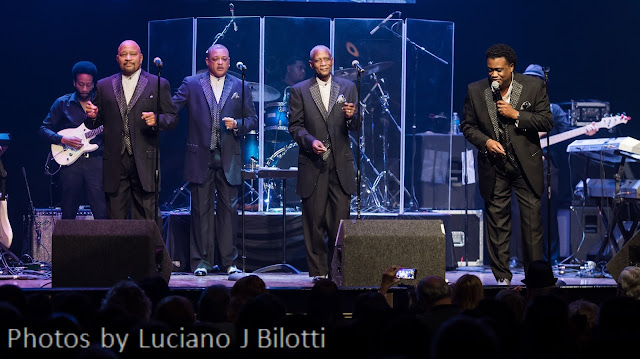 Now I will admit ... I had some concerns about what the group would sound like without their original lead singer Russell Tompkins, Jr., who sang their seventeen Billboard Pop Chart Hits ... but I can't imagine them sounding any better than they did last night.  (At one point, Frannie turned to me and said "I think he may have just out-Russell'd Russell ... I've got goosebumps!")  Yes ... they were that good.  (Tompkins continues to perform with his group, "The New Stylistics" ... and maybe we'll get the chance to see them some day, too ... but the group we saw Friday night was outstanding in every way and did complete justice to the group's legacy.)

Lead vocalist Eban Brown has now been with the group for sixteen years ... and he and original members Herbie Murrell and Aimon Love (along with "newbie" Jason Sharp, former lead singer of Heat Wave) put on an amazing vocal display.  (The Stylistics first formed in 1968 when Love and Murrell combined their groups The Percussions and The Monarchs, with Love, Tompkins and James Smith coming from The Percussions and Murrell and James Dunn came from The Monarchs.)  Together, these five gentlemen formed the original Stylistics. 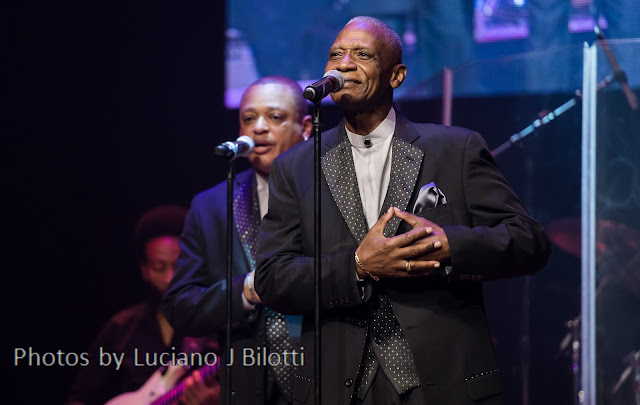 Together the epitomized The Sound Of Philadelphia and three years later were already enjoying their first chart hit ("You're A Big Girl Now", #73, 1971) on Avco Records, who recorded all of their charted hits.

Well into their set they told about a time when they were finishing up a session in the recording studio when they happened to pass by another artist recording in a different studio on their way out.  They stopped by to listen and caught The New Kids On The Block laying down tracks for their new album.

WHAT?!?!?  This kind of stuff doesn't happen at the small, 900-seat Arcada Theatre!!!  This is the kind of shit that happens at Madison Square Garden!!!

The crowd went appropriately nuts and the ovation for both groups was sensational. 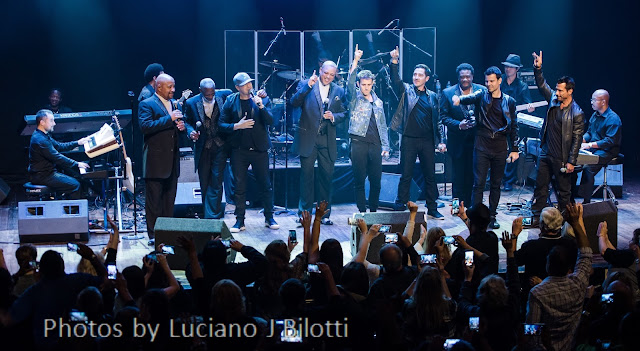 Yes, some of the well-choreographed dance moves and spins were a bit cheezy (these guys are well into their 60's now!) but they made me smile every time they did an exaggerated move ... and they can probably recite their between song stage patter in their sleep ... but this was a GREAT concert from start to finish (with a VERY special added bonus surprise) and I am SO glad that we finally had the chance to see them.  (We missed them last year due to a last minute work conflict so there was no way I was going to miss this show!!!)

You can catch The Stylistics (probably WITHOUT The New Kids On The Block!) here: http://thestylistics.org/8.html


THE STYLISTICS HIT LIST:
Posted by Kent Kotal at 8:00 AM