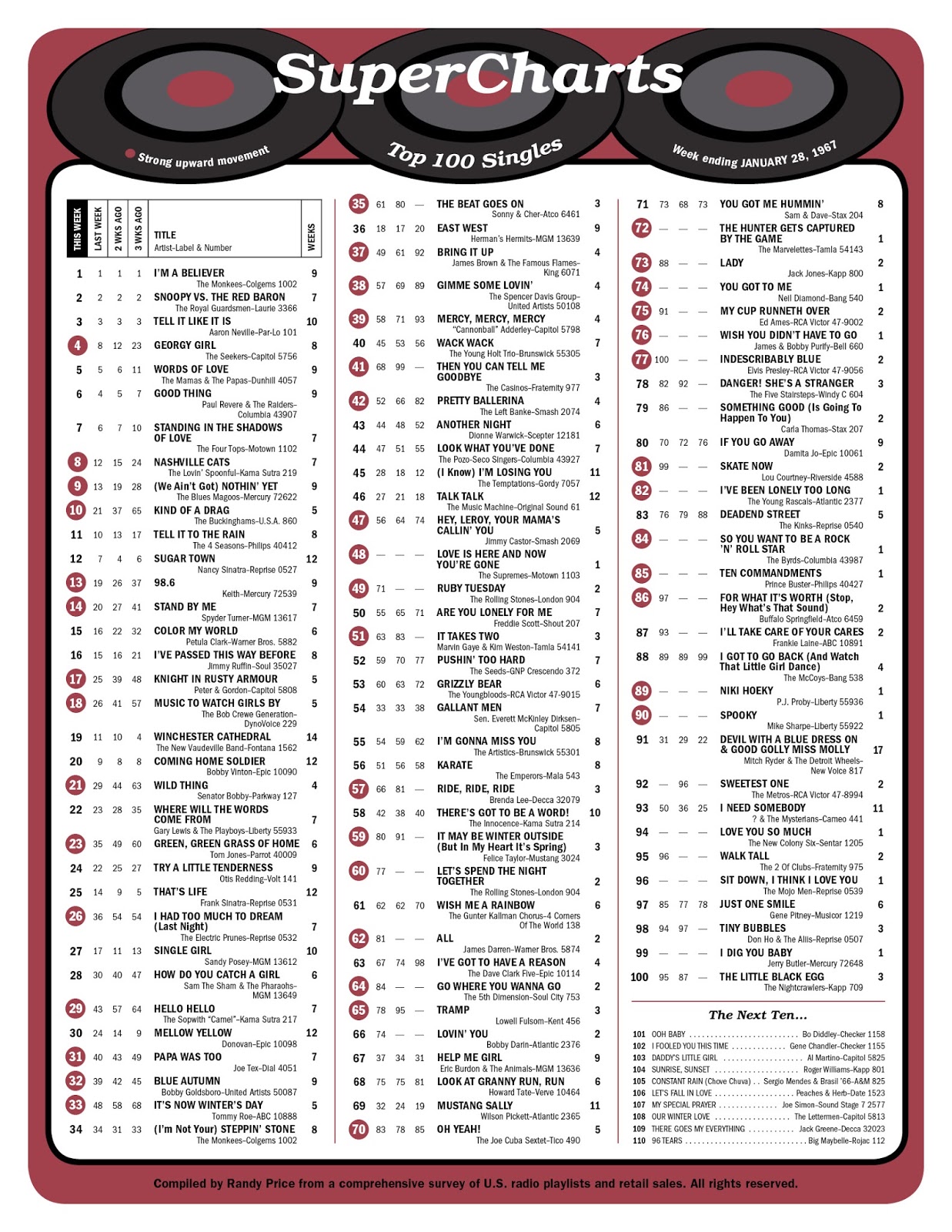 The Top Three remain unchanged for the fourth week in a row … "I'm A Believer" by The Monkees is at #1, "Snoopy Vs. The Red Baron" by The Royal Guardsmen holds at #2 and "Tell It Like It Is" by Aaron Neville hangs on to the #3 spot.

Three new records enter The Top Ten for the first time, including a major mover, "Kind Of A Drag" by The Buckinghams, up from #21 to the #10 spot.  Also enjoying Top Ten success this week are "Nashville Cats" by The Lovin' Spoonful and "(We Ain't Got) Nothin' Yet" by The Blues Magoos.

Aretha Franklin has her first recording session for Atlantic Records at Fame Recording Studios in Muscle Shoals, Alabama.  Her first single for the label, "I Never Loved A Man The Way I Love You", is cut at this session.

The Monkees are #1 on the Album Chart this week for the twelfth straight week.  But a new album returns to The Top Ten this week as Herb Alpert and the Tijuana Brass' 1965 classic "Whipped Cream And Other Delights" climbs from #14 to #10 in its 90TH week on the chart!  (I wasn't sure if any of you have ever seen that album cover before … so here it is!) 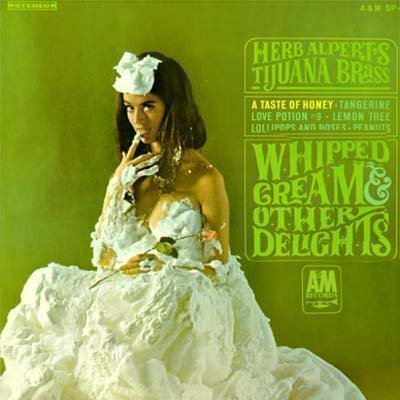 Colonel Parker negotiates a new contract for Elvis with RCA Records, extending through 1974 with an additional extension option to run through 1980 if exercised.  (Elvis would die in 1977 but RCA continues to release new collections regularly after his death.  In fact, Elvis is often the top-earning dead celebrity in all of show business.)

The Outsiders, performing "Time Won't Let Me" and "Help Me Girl" and J.J. Jackson, performing "But It's All-Right" and "I Dig Girls) appear on "Where The Action Is".
Posted by Kent Kotal at 6:00 AM