Aretha Franklin's family was gathered together at her bedside earlier this week to most likely say their final goodbyes to this singing legend.

Aretha has been fighting health issues for years now … decades, really … and she was described as "gravely ill" earlier in the week.

The Queen Of Soul placed an incredible 88 songs on Billboard's Pop Singles Chart between 1961 and 1998.  (So, despite this incredible statistic, how come EVERY time I hear Aretha's name, my mind automatically kicks into playing "Hey 19 … that's 'retha Franklin … she don't remember the Queen of Soul"???)

In between she won over our hearts with tracks like "Baby, I Love You," "(You Make Me Feel Like) A Natural Woman," "Chain Of Fools," "(Sweet Sweet Baby) Since You've Been Gone," "Think," "I Say A Little Prayer," "Spanish Harlem," "Until You Come Back To Me" and a host of others. Her legacy is unmatched on both the Rhythm and Blues and Pop Charts ... and she has been awarded with eighteen Grammy Awards over the years.

Always a bit eccentric, we will miss her none the less … but her music will live on for many more lifetimes long after she's gone.  (kk) 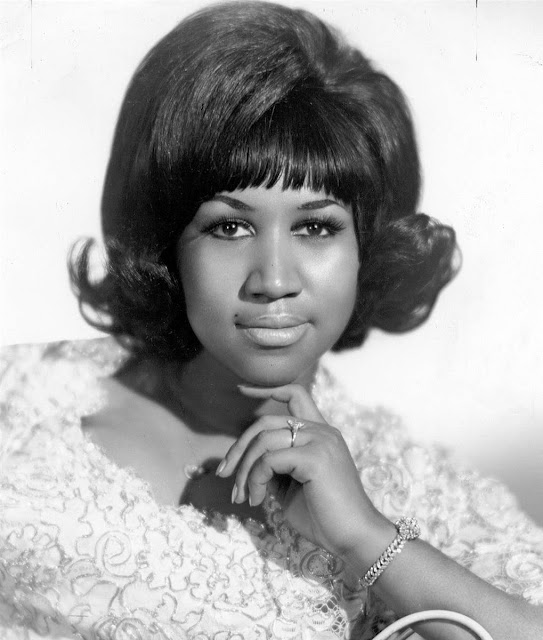 On the plus side, our FH Buddy Tommy Roe is doing just fine after having quadruple bypass heart surgery a couple of weeks ago …

kk …
I know Tommy is a horse owner.  The #8 horse in the last race at Saratoga is "DIZZY."  I'm betting it!
Any update on Tommy's condition?
FB


As a matter of fact, I got this from the man himself just the other day …

Hi Kent ...
Thank you for reaching out … it is  very much appreciated.
All the love and best wishes from my fans is absolutely amazing.  Please let them know that I am doing very, very well and should be back to normal in another four weeks. My doctor's at UCLA Medical center were brilliant and, like an artist at work, left me with a hardly noticeable scar. I am a lucky man.
Say hello to Billy J for me and to all my fans at Beatlefest.
Love to all,
Tommy

I did exactly that, Tommy!

Billy told me that you were on his first tour of America back in 1964 … and that in between the time of that show and when he came back to perform at The World's Fair, you had been drafted … but then there you were, in the audience, shaved head and all, at The World's Fair to see Billy perform.

Unfortunately, we know FAR too many artists who have had heart issues these past few years. (Another one that immediately comes to mind is Freddy Cannon, who Billy J tells me was quite the wild man back in the day.  Billy … he still is!  lol)  And just a few weeks back, we told you about Michael Nesmith's recent heart surgery.

On the plus side, we have seen SO many remarkable recoveries ... and I mean FULL recoveries, where the artists are able to get back out on the road and do the thing they love best ... performing for their fans.

Just last week we heard that long-time keyboardist for The Ides Of March, Scott May, recently went thru some heart issues as well … but the good news is that he, too, is "on the mend" … and ready to take the stage again at the next Ides performance.

Get well to ALL our favorite artists out there!  (kk)

Thanks for your concern, Kent -- I'm doing fine now!

And gone but not forgotten …

Bobby Hatfield of The Righteous Brothers would have turned 78 last week (August 10th.)  Bobby passed away back in 2003 … it's almost impossible to believe that it's been that long already! 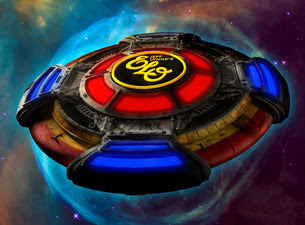 It seems like it took forever to get here, but after months of anticipation (and living vicariously through the massive crowds who got to see Jeff Lynne's ELO performances at Hyde Park and Wembley Stadium) we are FINALLY going to see ELO for ourselves tonight at The AllState Arena in Rosemont, IL.

Frannie found this cool shot take from behind the stage capturing the complete band with the massive crowd behind them at their Houston show. 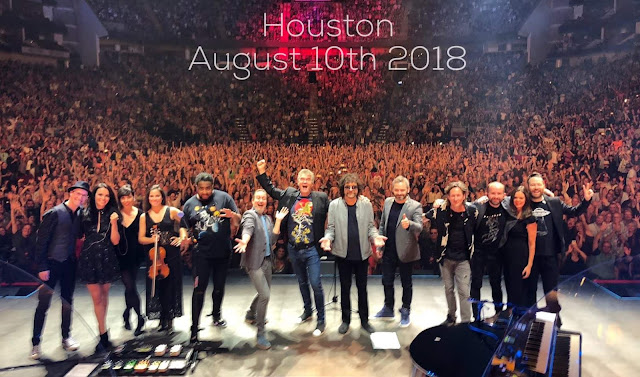 I don't know what kind of photos we'll get (if any) but I honestly just can't wait to experience the whole thing first hand.  (I saw The Electric Light Orchestra when they performed at the old Chicago Stadium in 1976.  This was the show where they landed a spaceship on stage.  They played SO loudly that you literally could not enjoy the show … everything just blended together into one convoluted mess of noise to the point that you couldn't even tell what song they were playing for a good portion of the show.)
Their opening act that night was a relatively unknown duo known as Hall and Oates.  Moving forward, they would soon be headlining gigs of their own.   (In fact, post-1978, Hall and Oates may have been the bigger act in the long run!)

Watch for a full review by the weekend (if not sooner … we took the rest of the week off as we're also going to the Happy Together Show in Aurora on Friday Night and the 50th Anniversary screening of Elvis Presley's comeback television special on Thursday night.)  Yep … it's another big Triple Play week for Forgotten Hits!!! So stay tuned for all the details!
Posted by Kent Kotal at 6:00 AM