Folks who’ve been waiting for a Rolling Stones US Tour announcement got their wish yesterday when the band announced that Mick and Keith and the boys would be playing thirteen shows here in The States in 2019 … kicking things off at the Hard Rock Stadium in Miami Gardens, Florida on April 20th and then wrapping things up here in Chicago at Soldier Field on June 21st.

In between, they will also make stops at IAA Bank Field in Jacksonville, FL, on April 24th, NRG Stadium in Houston, TX, on April 28th, State Farm Stadium in Glendale, AZ, on May 7th, The Rose Bowl in Pasadena, CA, on May 11th, Levi’s Stadium in Santa Clara, CA, on May 18th, Century Link Field in Seattle, WA, on May 22nd, Broncos Stadium at Mile High in Denver, CO, on May 26th, Fed Ex Field in Washington, D.C., on May 31st, Lincoln Financial Field in Philadelphia, PA, on June 4th, Gillette Stadium in Foxborough, MA, on June 8th and Met Life Stadium in East Rutherford, NJ, on June 13th.  Rumors that a new album is also in the works have yet to be confirmed.

When it was mentioned that Drummer Charlie Watts will turn 78 years old during the course of the tour, Mick Jagger told Rolling Stone Magazine “I never really think about stopping.  I’m always thinking about what the next tour is.  I’m not thinking about retirement.”

Tickets for the announced dates go on sale on November 30th.  (kk)


kk:
The Rolling Stones "Senior Citizen Tour" is coming to Chicago. Tickets go on sale November 30.
Are you going? Mick needs the money.
Frank B.

Frank B. also sent us this cool clip ...

‘60’s Pop / Rock singer Tom Jones is now a judge / mentor on the British version of The Voice … and the other night he was prompted (after a little bit of coaching from his fellow judges) to belt out a couple of verses from his 1965 monster hit “It’s Not Unusual” … and it was GREAT!  (You can’t help but smile as you see Jones get more and more into the whole idea as the song develops!) 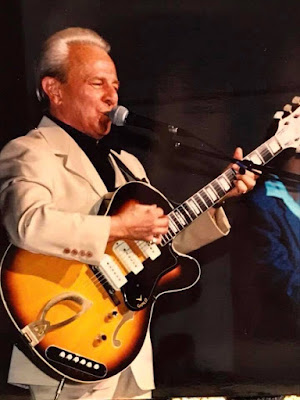 And finally, it sure is reassuring to hear that Casey Kasem's family is still battling over his money four years after his death!  (Sounds like both sides have kept their feet firmly planted on the ground ... while reaching for the purse!)

CBS News will air a special edition of 48 Hours on Saturday, November 24th exploring "The Mysterious Death Of Casey Kasem."

More here:
https://www.cbsnews.com/news/family-feud-erupts-over-casey-kasems-fortune-years-after-his-death-48-hours/?fbclid=IwAR3_Y1zt8P5meqMR-qTS0zcsLqg8BiCAhpmzPLajigHmQdCjbgjYLtCdh0M
Posted by Kent Kotal at 8:30 AM