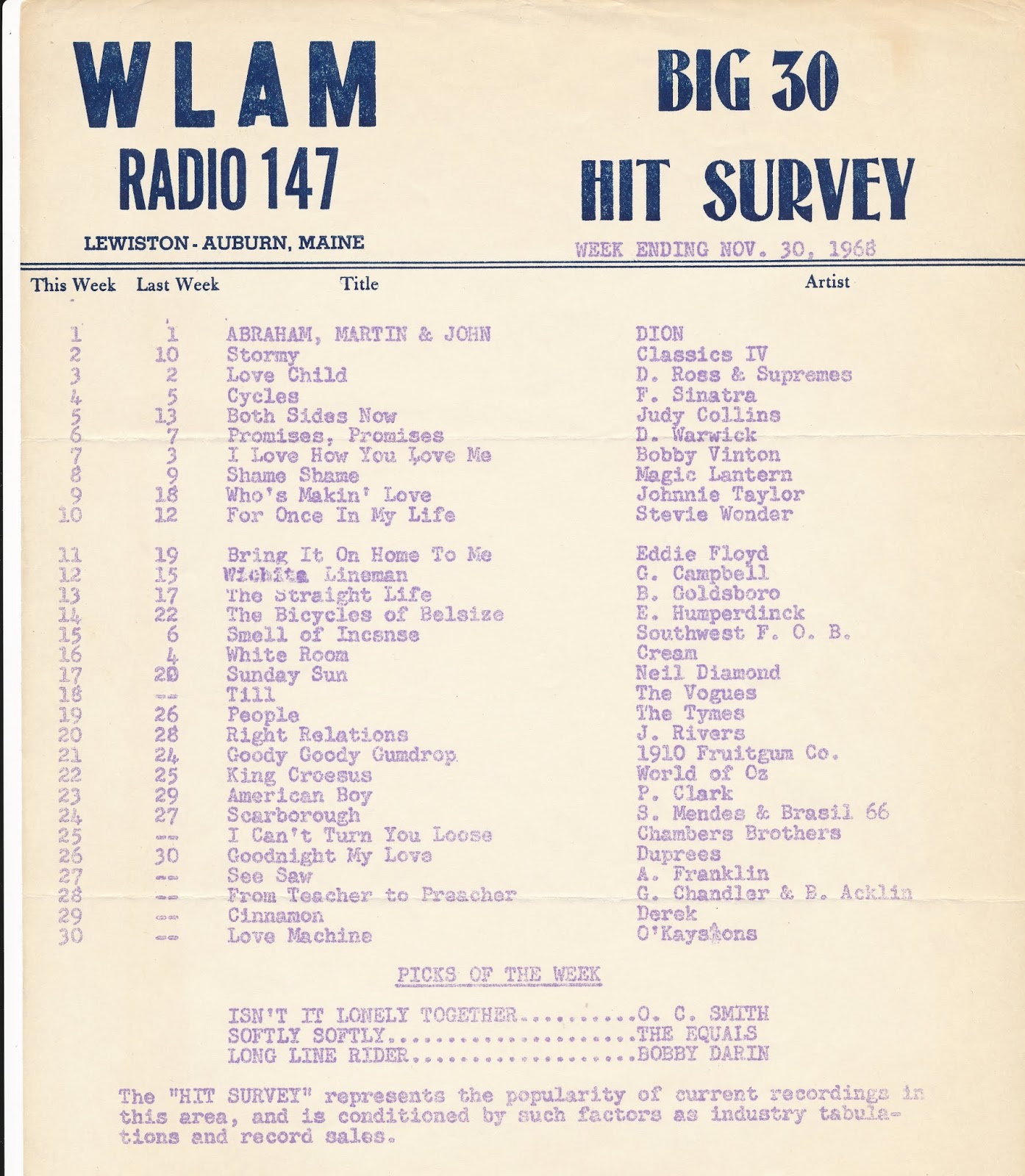 Despite being Maine's second largest city today, it boasts a population of about 36,000. It is part of Maine's "Twin Cities" as only the Androscoggin River separates Lewiston from Auburn (23,000).  Lewiston, like last week's Springfield, dates to the 17th century (1669) for its founding date.  Survey styles have been talked of in FH throughout this year and here's another where the weekly rundown is printed with a mimeograph machine, likely, at the station.  You'll note that many of these charting records were also on WHYN's from last week.  The two cities were only 200+ miles apart, so regional hits could stretch a ways.  I've selected two Pick Hits for my obscure tracks.

The Equals' "Softly, Softly" was an INSTANT fave when I first recorded it off WKYC 50 years ago.  Despite being another VERY powerful outing and followup to their smash, "Baby Come Back," Eddie Grant's hot UK band could not chart with this true winner.

Despite a decade long run of hits for Atco, Capitol and Atlantic Records, Bobby Darin's life was in turmoil (check previous FH story) in 1968 after witnessing Robert Kennedy's assassination on June 4 of that year.  Darin decided he needed to start his own label, Direction Records, to promote artists who were, as he put it, "statement-makers."  Despite this nice opening label release, "Long Line Rider," did not bring hits to the label and it folded within two years with Darin signing to Motown.
-- Clark Besch

THIS WEEK IN 1968:
11/26/68 - Cream play their final two farewell concerts at Royal Albert Hall in London.  Over 10,000 fans attend, many of whom chant “God Save The Cream” throughout the show.  Guitarist Eric Clapton and Drummer Ginger Baker will go on to form a new band (with Steve Winwood on keyboards and Rich Grech on bass) called Blind Faith, but it will only last thru one album.

12/1/68 - Herb Alpert and the Tijuana Brass (“My Favorite Things” and “The Christmas Song”), Engelbert Humperdinck (“Les Bicyclettes de Belsize”) and Tiny Tim (“Great Balls Of Fire”) are all musical guests on tonight’s edition of The Ed Sullivan Show.