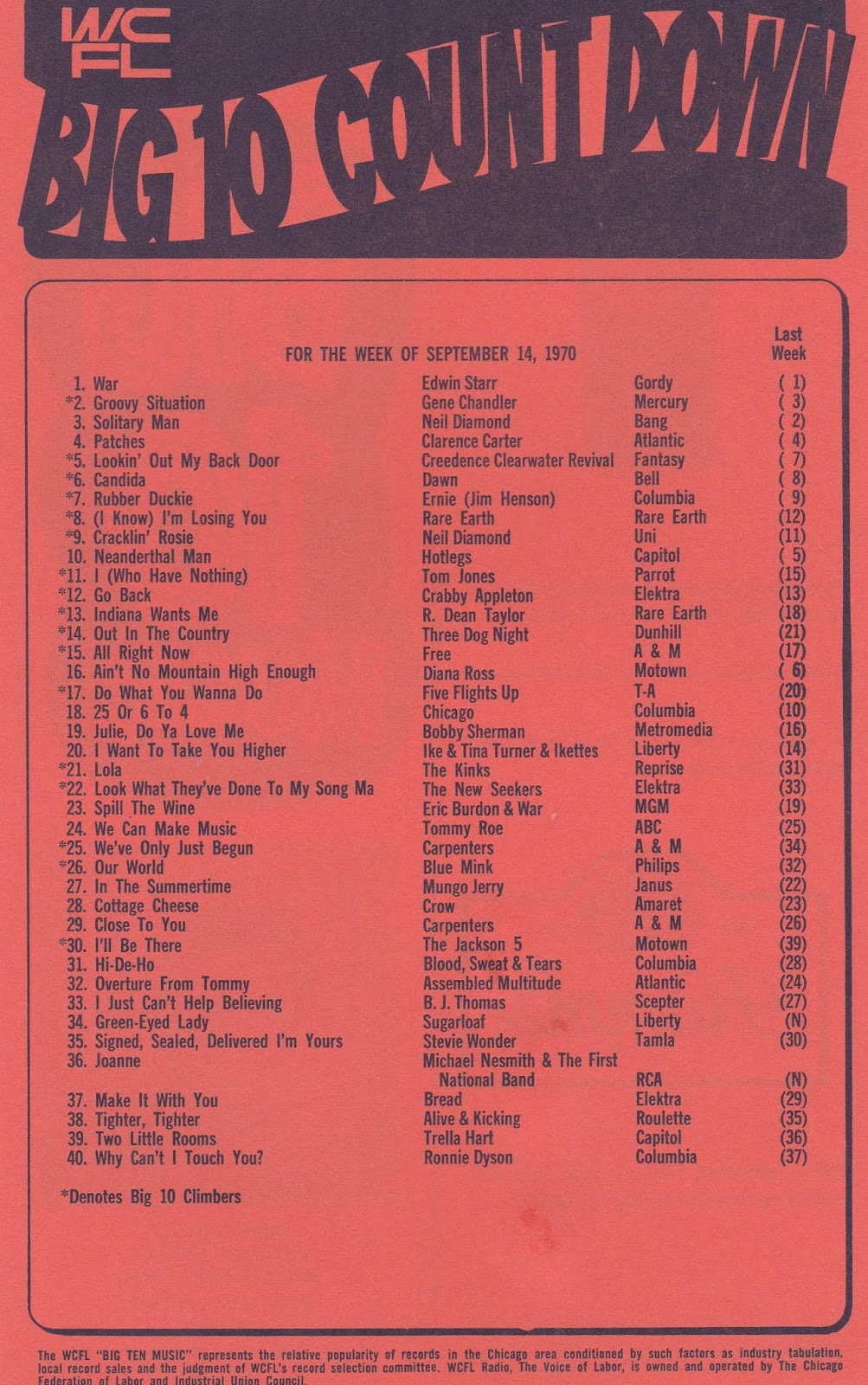 "War" is Number One again this week for the SIXTH consecutive week in a row!

This has only happened three other times in the history of the WCFL Chart up to this point ... and, incredibly, all three occurrences were within a year of each other!!!

First, The Association topped the chart for six weeks with the 1967 Summer Hit "Windy."

This was followed a couple of months later by The Box Tops, who duplicated that feat with "The Letter."

Then, in February of 1968, Paul Mauriat took his instrumental hit "Love Is Blue" all the way to #1 and stayed there for six consecutive weeks.

And now Edwin Starr has done it again.  Amazing!

(Notice that NONE of these record holders belong to the top acts of the '60's like The Beatles or The Rolling Stones or The Beach Boys or The Monkees or The Supremes or any of at least two dozen OTHER acts that would probably rank ahead of the four "achievers" when compiling a list of the biggest hit-makers of the decade.)  This makes it all that more an amazing feat!

Meanwhile, "Groovy Situation," "Solitary Man" and "Patches" all hold on to the #2, 3 and 4 positions ... just shuffling them up again a little bit as they have the weeks before.

"Lola" by The Kinks is up ten places (from #31 to #21) while "Look What They've Done To My Song, Ma" climbs eleven spots for The New Seekers.

When you look at the new debuts on this week's chart, you'll find Michael Nesmith enjoying his first solo, post-Monkees hit with "Joanne" ... it premiers at #36 this week.

But I'm partial to "Green Eyed Lady" by Sugarloaf.  (This is another song that my brother Mark played CONSTANTLY around the house at the time.)  I love both the album and the single mixes of this tune ... it's just "good old rock and roll" ... 1970's style. 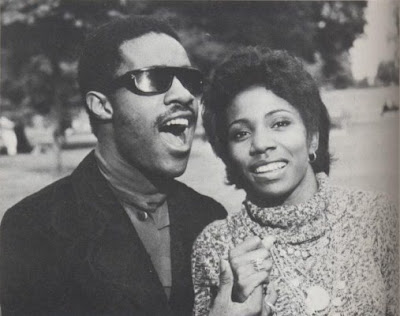 And, also on this date, young Frannie Blassingame turns ten years old.  31 years later she will marry Kent Kotal, founder of Forgotten Hits on what can only be described as the best day of her life.  (Of course SHE would likely describe it otherwise ... but hey, this is MY calendar and my newsletter ... so this is the way I want to tell the story!!!)
Happy Birthday, honey!
Posted by Kent Kotal at 6:00 AM