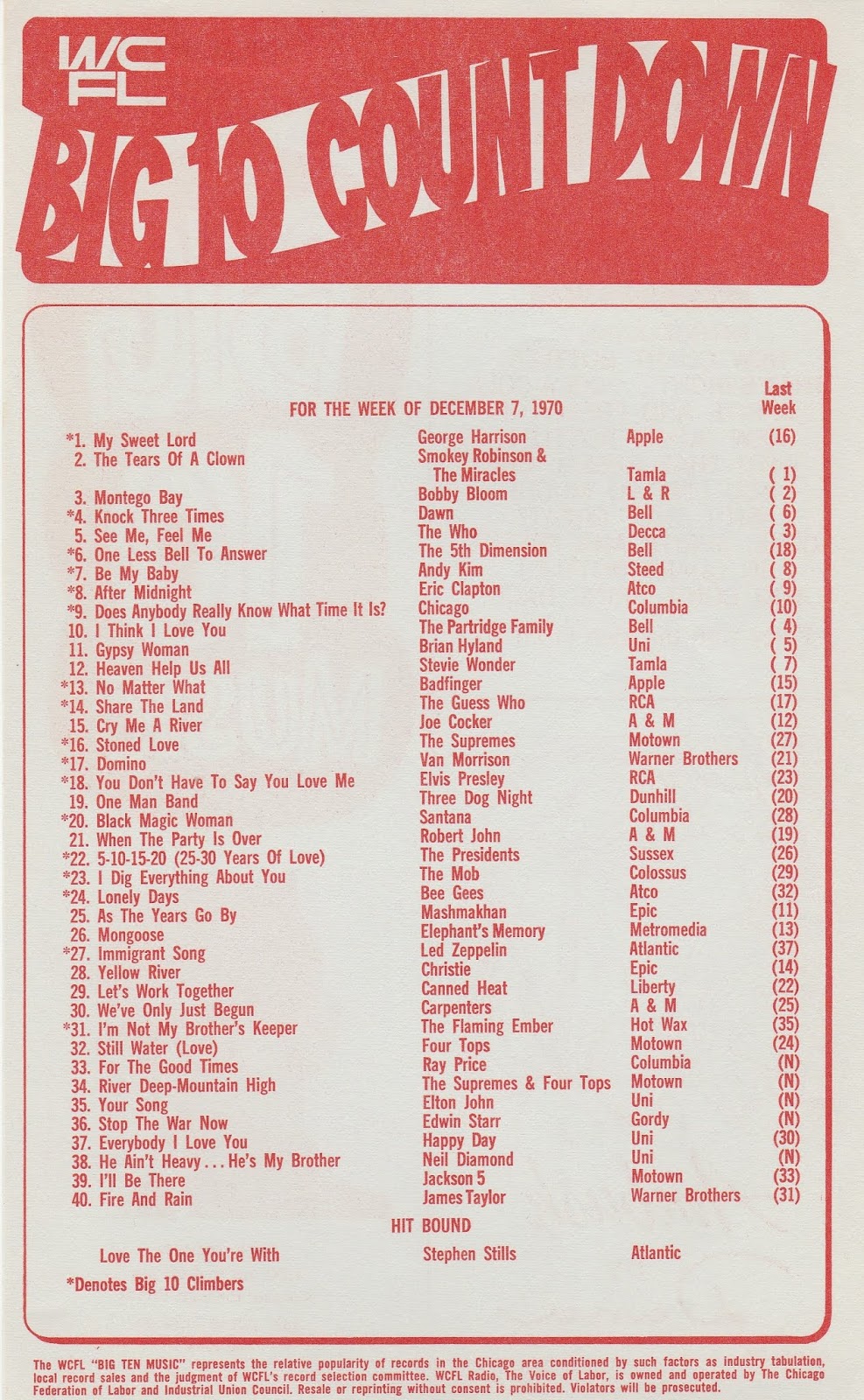 "One Less Bell To Answer" makes an impressive move this week, too, climbing from #18 to #6.  Otherwise, the rest of The Top 12 is pretty much status quo from the week before.

The Supremes make another nice move up the chart as "Stoned Love" climbs from #27 to #16, an eleven point move.  "Immigrant Song" is up ten places for Led Zeppelin while "Black Magic Woman" and "Lonely Days" each climb eight spots.

Elton John makes his first Chicago chart appearance with "Your Song" ... it premiers at #35 this week.  And Neil Diamond's back with another dramatic ballad ... his version of "He Ain't Heavy, He's My Brother" debuts at #38.

And WCFL is showing a Hit Bound Track again this week.  This time it belongs to Stephen Stills and "Love The One You're With" ... a solo effort from the now full-time member of Crosby, Still, Nash and sometimes Young!