But Heart was inducted into The Rock And Roll Hall Of Fame back in 2013.  (Obviously, we were working from our old, original list from 2007 … and when we listed some of the artists from that list who had since been recognized and inducted, we missed Heart, so they stayed on our Deserving And Denied list instead.)  We apologize for the error … as stated every time along the way, their induction is well-deserved.

We also found our original list of “Runners Up” from that 2007 article.  Thankfully, many of these artists have also since been recognized and honored …

But The Rock Hall is still missing:

It’s hard for me to not pass along ANYTHING that has to do with 1967, my all-time favorite year in music …

So here’s a look back at 50 of the most significant rock albums released that year, courtesy of Best Classic Bands …

The Top 3333 Most Essential Classic Rock Songs Of All Time list is a masterpiece.  Awesome!  I've found quite a few songs that I was previously unaware of and they are now part of my collection.  Could you send me the revised edition?  Also, sign me up for any any current or future revisions, additions or corrections to this list.  Thanks.

Drop me a note if anyone else out there would like the newly revised copy. (kk)

I'll tell you what I did after you posted the 3 Friends' DEDICATED (TO THE SONGS I LOVE). I played it over a couple of times and tried to tell how many other songs were mentioned in it. I came up roughly with 29, not counting the repeats like RAMA LAMA DING DONG. Other artists and or groups that mentioned other songs were Billy and Lillie, Larry Williams, and the 4 Preps again with their hit THE BIG DRAFT, similar to the one they did that you posted.

I couldn't agree with you more regarding what you said about Danny & the Juniors' ROCK AND ROLL IS HERE TO STAY. Also, I am reminded of the Showmen with their 1961 recording (also charted in 1964), IT WILL STAND. IT, being Rock and Roll.

I didn’t sit here and count each one … but there’s a WHOLE bunch of ‘em for sure!!!

Today on The Evolution Of Rock I heard them play “Mashed Potato Time” by Dee Dee Sharp.

Now here’s a record that came out on Cameo / Parkway Records, mentioning “Please Mr. Postman” in its lyrics, a song that came out on Tamla / Motown Records by The Marvelettes … and was then copied musically as “Monster Mash” by Bobby “Boris” Pickett for Garpax / Parrot Records!

Rock And Roll at this point was a universal language … it wasn’t dictated by record deals … it was all about feeding the public what they wanted to hear.  The Mashed Potato became the next big dance craze after The Twist died down.  (In fact, in two separate interviews that also aired during this segment, Chubby Checker explained that “The Twist” caught on a second time when Zsa Zsa Gabor was caught dancing it, which turned the whole older generation (aka OUR PARENTS!!!) into dancing it.  Soon even JFK was twisting!  (And “the twist” became the subject matter and/or song title of countless songs to follow in its wake, all trying to cash in on this latest dance craze.

But, as Chubby goes on to explain, after “The Twist” went all the way back to #1, it was shut down overnight by the younger generation … because, he says, the kids didn’t want to be doing ANYTHING their parents were doing.  As soon as “the old folks” caught on to how fun it all was, the kids wanted NO part of it.

Bobby “Boris” Pickett explained that the original idea to do their “monster record” was to base it on The Twist, since that was the most popular dance in the country at the time.  But some additional research showed that The Twist was no longer the #1 Dance Craze … The Mashed Potato had taken over … so the whole song was reworked to echo THAT record’s sound instead.  (In fact, as we all know, one of the song’s lyrics posed the musical question “Whatever happened to my Transylvania Twist?”)  lol  (kk)

Getting back to the subject of records being made that contained lyrics made up of song titles or lyrics of other songs, I just happened to remember two obscure (?) ones that came out. One is from 1963 from the group the Penguins with the MEMORIES OF EL MONTE and remember the 5 Satins' 1982 record MEMORIES OF DAYS GONE BY on Elektra? I believe there was another one from a group called the Trojans with a melody of songs done on Airtown Records. The years was 1966.

I used to really like “Memories Of Days Gone By” when it was released in 1982 by Fred Parris and the Five Satins.  It didn’t do much on the charts (#71 in Billboard during a five week chart run) but I always thought it was a pretty smooth-sounding record, especially since it had ties back to the golden age of the ‘50’s.  Even better was something called “Love Songs Are Back Again” by Band Of Gold, which came out a couple of years later.  (It features more modern classics … but still done VERY well.)  Give a listen to this one. (kk)

This one looks interesting ...

On April 9, Eagle Rock Entertainment is proud to release Lynyrd Skynyrd: Live At Knebworth ‘76 as a DVD+CD, Blu-ray+CD, limited edition 2LP+DVD, and digital video, capturing the band’s historic performance in England on August 21,1976.

This footage, originally only available via the 1996 film Freebird ...The Movie, was intercut with interviews and other performance footage. Now Live At Knebworth ‘76 presents the pure concert experience in its entirety, delivering the show as it happened that day. Kicking off with opening number “Workin’ for MCA,” Lynyrd Skynyrd ignited a powerhouse performance before over 150,000 attendees. Displaying the renowned triple guitar attack of Gary Rossington, Allen Collins, and Steve Gaines with Ronnie Van Zant’s signature vocals, Lynyrd Skynyrd: Live At Knebworth ’76 showcases fiery performances of such beloved classic rock anthems as “Sweet Home Alabama,” “Gimme Three Steps,” and of course, “Free Bird.”

As a bonus, the Blu-ray set also features the full-length documentary If I Leave Here Tomorrow: A Film About Lynyrd Skynyrd. Originally released in 2018, the film is an in-depth exploration of the band’s music and history.

Over 40 years after their inception, Lynyrd Skynyrd continues their legacy as icons of American music. Carrying on after the tragic 1977 plane crash, with sales beyond 30 million worldwide and 60 albums to their name, Lynyrd Skynyrd remain etched as pivotal forebearers of Southern Rock.

Got this one from several readers yesterday …

Frankie Valli and The Four Seasons … in quarantine … 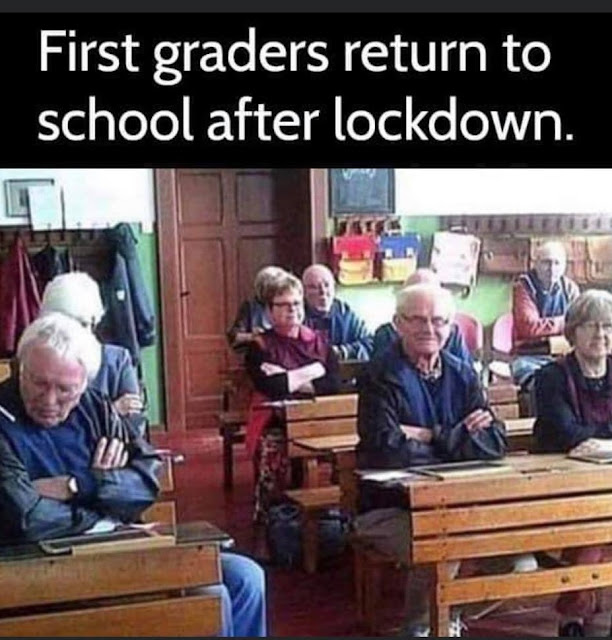