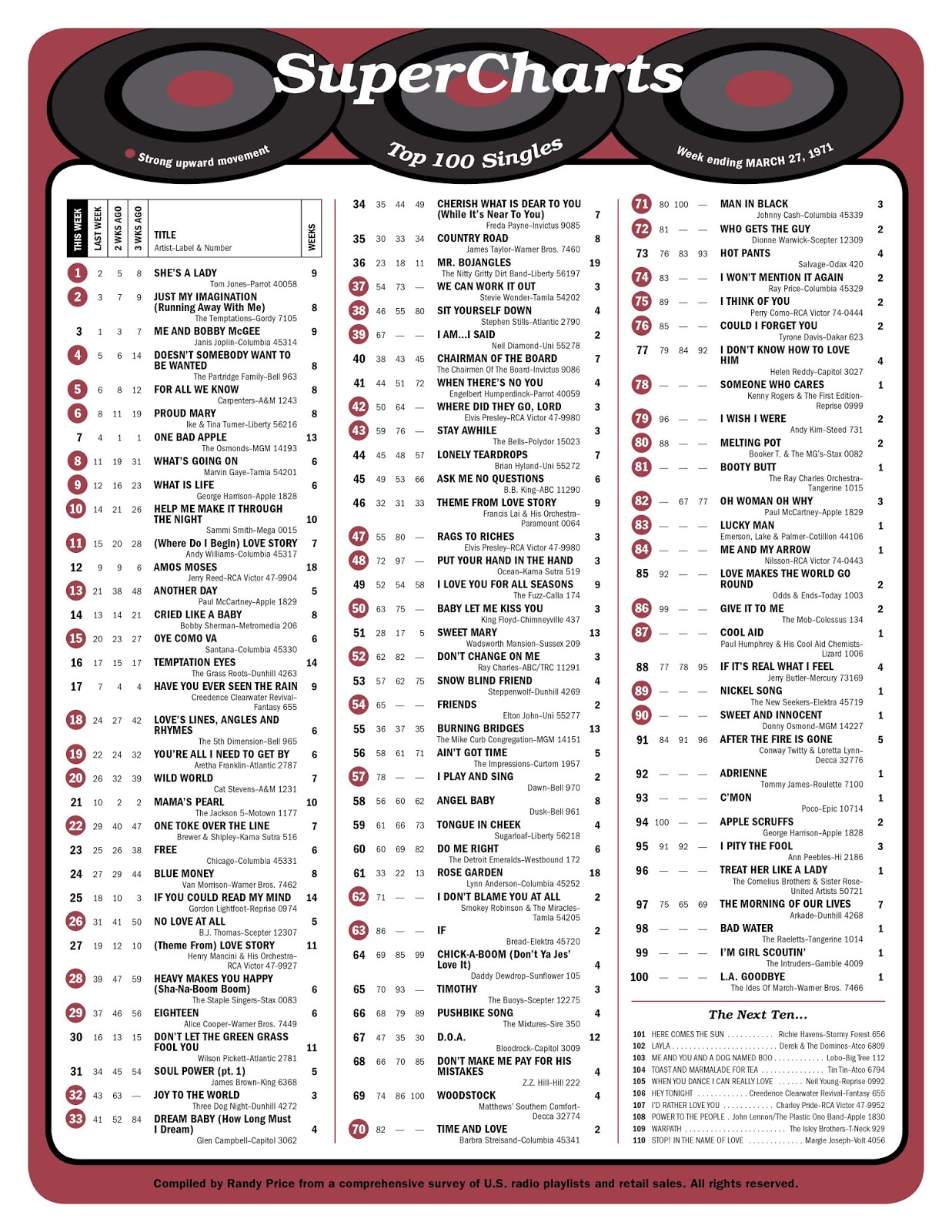 Andy Williams now has the highest ranking version of the theme from the motion picture "Love Story" ... his vocal version, "(Where Do I Begin) Love Story" now sits at #11.  (Henry Mancini's and Francis Lai's versions both took major nose dives this week!)

Paul McCartney's "Another Day" climbs another eight places to #13 this week ... will it follow George Harrison's smash "My Sweet Lord" into the #1 spot?  Time will tell.  (Meanwhile, George's follow-up single isn't doing too badly either ... it climbs from #12 to #9 this week.)

Despite being banned on more than a few radio stations (see "This Week In 1971" below), Brewer and Shipley's catchy hit "One Toke Over The Line" continues to climb the chart, moving from #29 to #22 this week.  And, as expected, Three Dog Night's "Joy To The World" is the highest Top 40 debut for the week, coming in at #32 (up from #43 the week before.)

One of my all-time faves, "Lucky Man" by Emerson, Lake and Palmer, debuts at #83 this week.

I'll also admit to a couple of guilty pleasures ...

And now that The Osmonds have established themselves as a #1 hit-making machine, Donny Osmond's first solo record debuts on the chart this week.  It's a remake of an old, little known Roy Orbison song called "Sweet And Innocent" ... but to listen to these two track side by side, it's virtually unrecognizable.  (They totally reinvented this tune for Donny ... and it totally works!  But I like Roy's version, too ... so we're sharing BOTH with you today ... because we are, after all, Forgotten Hits!)

And finally, bringing up the rear is Chicago's very own Ides Of March.  They premier at #100 this week with "L.A. Goodbye," a song that never got its due on the national charts.  (Listen to it again if you're not from around these parts ... this song should have been a Top Ten smash!!!)

As it is, it DID go to #2 here in Chicago on the WCFL chart (and not #1 for seven weeks as Bob Bergland likes to tell everybody when the band performs it live in concert.)  Nationally, it topped out at #72.

This Week In 1971:
March 22nd – The Allman Brothers are arrested at a truck stop in Jackson, Alabama, for possession of marijuana and heroin after state troopers find these drugs in the back seat of the band’s car

March 25th – WNBC in New York bans the new Brewer and Shipley record “One Toke Over The Line,” because of its alleged references to drugs.  Several other radio stations across the country follow suit … but the record still manages to reach The Top Ten in all three major music trade publications, peaking at #8 in Cash Box.  (It was a hit here in Chicago, too, where it peaked at #4 on the WLS Chart.) 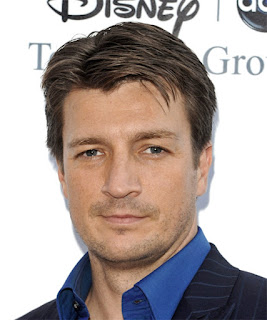