We also enjoyed The Rascals YouTube reunion concert video, and then watched the guys on the Ed Sullivan show Tuesday night. And still loving FH, the source of the most accurate truth - and opinion - on the planet.

Thanks for posting this weekend of singer Lloyd Price aka Mr. Personality's passing.. Had not heard of it until I saw it in FH. One of my all time favorites by him was his 1959 hit WHERE WERE YOU ON OUR WEDDING DAY?

Also this weekend I saw for the first time a commercial for Amazon Prime where Nat King Cole was singing one of his songs in the background. I actually got to hear it twice and maybe the third or fourth time I hear it, I'll know what the title is.

Also, going back to the variations of songs that Lloyd Price came out with, remember that novelty record from 1959 on Gone Records by artists Spencer & Spencer called STAGGER LAWRENCE?
Larry

I've never heard THAT one!!! The only record I've heard by them was "Russian Bandstand," an AWFUL Dickie Goodman-type break-in record.  Was "Stagger Lawrence" done in the same vein?  (kk)

The new Aretha Franklin biopic starring Jennifer Hudson is now scheduled to premier in theaters on August 13th.  (This is the one that WE’VE been looking forward to.)

(That Jennifer’s pretty amazing, eh?  An American Idol “loser” who has done JUST fine, thank you very much!  Another kid by the name of Adam Lambert probably feels the same way!)  kk

Our guilty pleasure this past weekend was binging the new Peacock Series "Girls 5eva."  Put together by Creator Meredith Scardino (The Unbreakable Kimmy Schmidt), with more than a little help from Tina Fey and her husband Jeff Richmond (who handled most of the music) ... and starring Sara Barelilles, Renee Elise Goldsberry, Busy Philipps and Paula Pell, the series depicts a one-hit wonder girl group from the '90's (their fifth member drowned in an infinity pool accident.) who are suddenly thrust back into the spotlight when a rapper samples one of their songs.  Of course this sparks talk of an immediate reunion ... and a second chance at stardom.

I will say this ... the first four episodes are considerably superior to the last four ... and even then, it's not really non-stop funny ... but when it IS funny, it's double-over with laughter funny.  Some of the dialog is simply to die for.

And the music is exceptional ... well produced, nicely sung and with some of the most imaginative "every day" lyrics you've ever heard.

The girls blend well together (kinda surprising when you consider their real life backgrounds ... and the way their on-screen characters have moved on after their brief brush with stardom.)

Overall, we rated it a 5.5 out of 10 ... but it's still worth watching because of the energy of the show and the TREMENDOUS amount of work that went into developing it.  (This wasn't simply "write a script" ... all of these songs had to be created and produced, too ... and an excellent job of capturing the feel of the 90's exists.)

So do some of the characters from this era.  Carson Daly reprises his role on TRL with new dialog ... the girls appear on Real World ... and references to other artists from the '90's pepper every episode.

It's a fun half hour that will make you smile, laugh out loud ... and cause you to hear earworm tunes for the next several days!  (kk)

Any of you that are regular NPR listeners will know that right now, National Public Radio is celebrating their 50th anniversary this year, and contemplating on just how much they changed news reporting in America before there was a CNN or Fox TV 24 hour News channel.

But also, to help place the year 1971 in people's minds and remind people of what they might have been hearing on the radio, NPR has come up with a top 50 most important and influential songs of the year.

Apparently, they allowed people from their affiliate stations to choose their favorite songs.  I'm warning you, Kent, this would be a very different top fifty than you would post here, because it seems to have a very strong leaning toward classic rock.  Some of the songs on this top fifty list are rather obscure to say the least, like the song Mushroom by the German band Can, for example.  Nevertheless, I just thought that FH readers that are also big fans of NPR might want to check out this list from NPR of the top fifty songs of 1971, in their opinion, of course.

It is an eclectic list, to be sure.  (I’ve never even HEARD of some of these songs and artists!!!)

Our list of The Top 71 of 1971 will run at year’s end and it’ll be based solely on actual chart performance of these hits in the three major trades and our own Super Charts.  (This will also be our last Fifty Year Flashback, having done it now for every year dating back to 1967.  Five years is enough!!!)

Meanwhile, readers can catch a brand new (as in Fifty Year Old) Super Chart EVERY Sunday through the end of the year … and you can always scroll back to catch any that you may have missed along the way.  (kk)

Speaking of strange and surprising lists, Billboard Magazine ran a list of The Top 20 Karaoke Songs as determined by Singing Machine, one of the leading karaoke machine companies.

Based on selections performed live, these are the 20 most performed songs:

14.    A Million Dreams - Cast of The Greatest Showman

18.    This Is Me - Keala Settle and the cast of The Greatest Showman

Wow, not too many oldies on this list are there?!?  (What happened to “Islands In The Stream,” “My Way,” “You’re The One That I Want” and “Unchained Melody”???)

Heavy on the Disney tunes (seven of the top twenty!), this is a much more youth-oriented list … but still interesting to see what people are using in an attempt to capture their shining moment on stage.  (kk)

And, if you happen to be in the market for a karaoke machine (they even have a carpool karaoke set-up!), check out this Billboard article …  https://www.billboard.com/articles/news/lifestyle/9567912/best-karaoke-singing-machine/?utm_source=Sailthru&utm_medium=email&utm_campaign=Daily&utm_term=daily_digest

Styx is set to release a new album Crash of the Crown (Alpha Dog 2T/Ume) on June 18. It’s been four years since their last studio album. The release will be available on clear vinyl, black vinyl, CD and digital platforms.

Here’s a taste with the title track: https://youtu.be/mtCpmFDVhII

Check out more about the release at www.styxworld.com 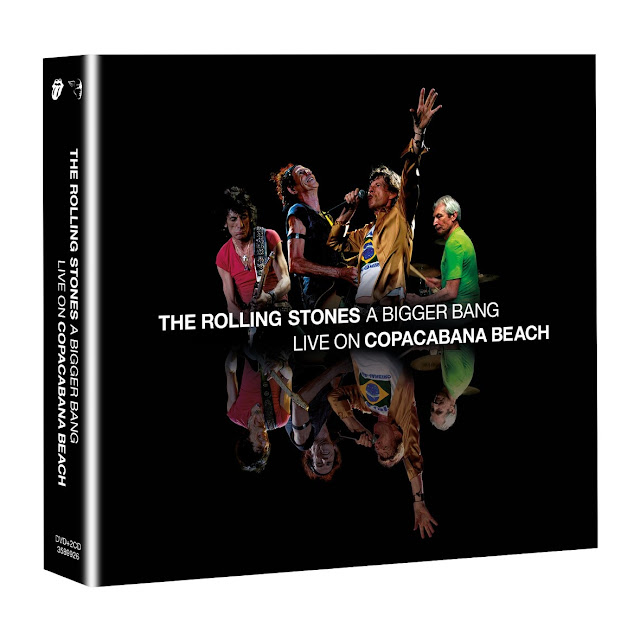 Here’s news of another new release …

Now, in celebration of the single’s 40th anniversary, a special collector’s limited edition vinyl EP is being released. Featuring a recently recorded version of the song produced by versatile German producer/artist Jürgen Engler of Die Krupps, this deluxe single release also includes a stunning, never-before-released a capella mix that showcases Marc Almond’s brilliant voice and several remixes including a brand new one from producer DJ Hell. And as a special bonus treat, the release also features a fantastic bonus track, a rare duet between Almond and Andi Sex Gang from 1983!

Tainted Love will be available for a limited time only on 12” colored vinyl in a gatefold jacket, 7” colored vinyl, digipak CD, and on digital platforms everywhere!

SIDE B
The Hungry Years - Marc Almond & Andi Sex Gang

A few months ago, your blog had a conversation going about the Rock & Roll Hall of Fame and who got in and who did not ... also how some 60's acts didn't get the

attention they deserved. aka: Johnny Maestro and Chubby Checker

Last month, a tremendous musician passed away. He was an outstanding bassist and harmony singer. His name was Joe Long.

He was the musician chosen by the 4 Seasons after Nick Massi retired.

When the 4 Seasons were inducted into the Rock & Roll Hall of Fame in 1990, there were many complaints that Joe Long was not going to be allowed a deserved membership.

Yet, a few years later, seven members of The Eagles were allowed on the Hall of Fame Stage for their induction, including Timothy B. Schmidt who, in 1998, was less of an Eagle than Joe Long was a 4 Season.

It's another example of the early 60's music Hall of Fame issue.

I have found over the past 35 years or so of covering The Rock And Roll Hall Of Fame that logic, common sense, equal criteria on a level playing field, specific qualifying factors all have NO place here, leaving hundreds of thousands of us real music fans scratching our heads year after year after year.  So little of it makes sense that MOST people don’t even bother paying attention anymore … and that’s a shame … because the very foundation The Rock Hall was built on DEMANDS these policies be in place.  At this point I think it is safe to say that we will never catch up to where we ought to be in credibility.  (kk)

Speaking of The Rock And Roll Hall Of Fame, the final votes are in and have been tabulated …

The Top Five Artists making the Fan Ballot for this year’s Rock And Roll Hall Of Fame Nominees were Tina Turner, Fela Kuti, The Go-Go’s, Iron Maiden and Foo Fighters.  This year’s inductees will be announced shortly.  (kk)

Just wanted to let you know I've spent ten months writing a book that was picked up by a publisher. The release date should be October or November of 2021.

It's an autobiographical narrative titled "No Strings Attached, My Life Growing Up With The Birth Of Rock And Roll."  The publisher just completed their editing process of the manuscript and have sent it back to me for my approval. I'll keep you up to date on its progress.

Prior to Co-Vid, I accumulated 129 signatures on The Guitar. Hope to hook up with you when Ron opens the Arcada in July.

Keep up the good work. You provide a great service and wonderful distraction during these trying times.

Yes, looking forward to getting back out there once it’s officially safe to do so.  (My mindset right now is that by July I’ll be paying closer attention to the statistics than the calendar dates … but man, I can’t wait to start seeing some live music again!!!  And I know Ron can’t wait either!!!)  kk

If the new season of American Crime Story spotlighting Monica Lewinsky isn’t enough to fill your appetite, you can now watch for a new 8-part Hulu Mini-Series on Pamela and Tommy, covering “the true story behind Pamela Anderson and Tommy Lee’s leaked sex tape.”  Actress Lily James will portray Anderson while the role of Tommy Lee will be filled by Actor Sebastian Stan.  Set your DVRs now.  (kk)

But his music has lived on for 62 years … and will likely still be around another 62 years from now.

But the music was extraordinary

We’ll never know what new directions he may have taken. 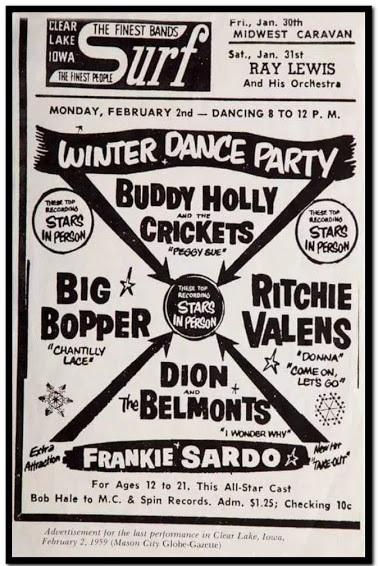 Yep, vinyl is back, baby!

Just got this from FH Reader Danny Guilfoyle ... 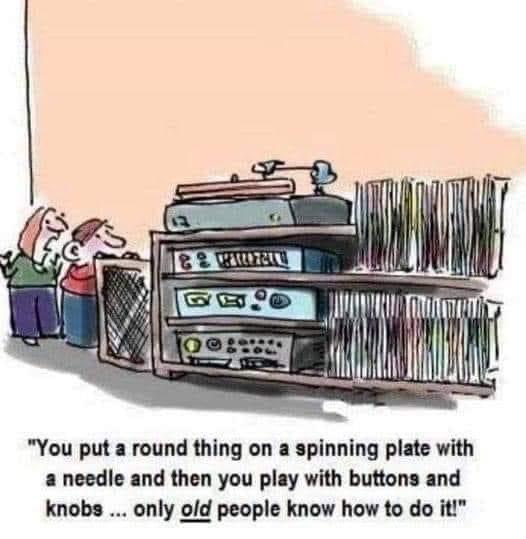