THE HISTORY OF ROCK AND ROLL

The landmark, award wining radio series THE HISTORY OF ROCK 'N' ROLL is coming back to radio stations across the country in a brand new, revamped format!  (Ironically enough, I am STILL listening to it in my car on my daily commute to and from work.  FH Reader David Lewis sent me a flash drive containing both The History Of Rock And Roll and the Canadian series The Evolution Of Rock, both put together during relatively the same time frame in the late '70's.  At the time, they were considered to be revolutionary programs, syndicated coast to coast, airing as both one hour segments and marathon 52 hour weekend broadcasts.  Nothing quite like this ... encapsulating The Rock Era from its inception to its current state of affairs, circa 1978, had ever been attempted before.  They truly were one of a ... make that TWO of a kind!)

Long-time friend of Forgotten Hits Gary Theroux is the guy who rewrote The History Of Rock 'n' Roll back in the the late '70's, correcting a number of mistakes and expanding the format.  He has since been marketing little 2 1/2 minute segments to run as daily features.  (We have shared a number of these segments right here in Forgotten Hits ... and you can find three a day running on Rewound Radio, Monday thru Friday, for years now.)

But his big dream was to totally update the entire series to today's standards, aligning a new network of oldies music radio stations to broadcast his program ... and he finally did it!

Beginning this weekend (June 5th and 6th) THE HISTORY OF ROCK 'N' ROLL will begin airing brand new segments on radio stations all over the country.  (If it isn't available in your area, you'll also have the option to stream it over the internet, thanks to several stations offering this service.)

Here to tell you more about it is our good friend Gary Theroux ... and the HOST of this new series, Mr. Wink Martindale!!!

The two hour weekly HISTORY OF ROCK 'N' ROLL radio series hosted by Wink Martindale will debut nationally (and internationally) the weekend of June 5 and 6.  (The reason for the two dates is that many affiliates, four of which are streaming services, plan on repeating the Saturday episodes on Sundays.) 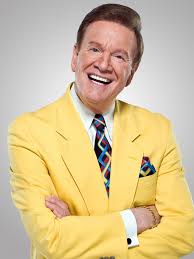 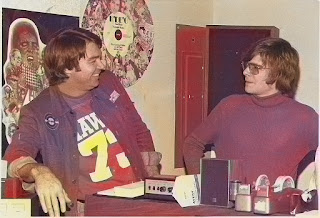 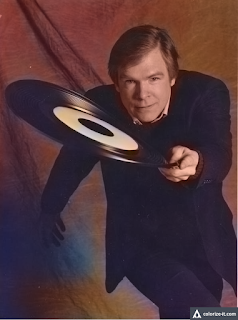 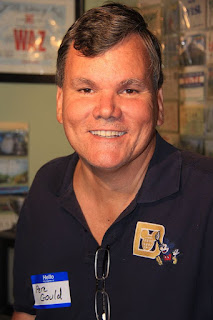 The original “History of Rock & Roll” was a highly ambitious 48-hour production assembled in 1969 at and for KHJ in Los Angeles.  Hosted by Robert W. Morgan, the “rockumentary” aired locally and was later syndicated around the country to stations like WLS in Chicago.

“When I heard that WLS was about to air ‘The History of Rock ‘n’ Roll,’ said then teenager Gary Theroux, “I raced down to Radio Shack to buy enough seven-inch reels of quarter-inch tape to aircheck the whole thing.”  Enchanted by the special, at WGLT, Illinois State’s campus radio station, Gary wrote and narrated his own multi-part take of the concept, which he dubbed “The Evolution of Rock.”

Once in Los Angeles, Theroux worked for a succession of key radio stations, including KIIS, KDAY, KSRF and KRLA.  It was during his KIIS tenure that Gary was invited by legendary programmer Bill Drake to bring “The History of Rock ‘n’ Roll” back to life.

“His original idea was to simply tack a few update hours onto the 1969 production,” recalled Theroux, “and to that end I was handed a copy of the original script.  I was writing a rock history book at the time and had interviewed hundreds of hitmakers.  Once I read the script, I was struck by two things. First was how chaotic the 1969 programming was.  Making things worse, the script was packed with factual errors and miscalls.  That was entirely understandable, as at the time (1968-9) “rock journalism’ consisted mainly of fan magazines filled with bogus ‘facts.’  Rolling Stone was less than two years old and mostly focused on Bay Area music.”

Gary asked Bill for permission to completely reformat, reprogram and rewrite “The History of Rock ‘n’ Roll” from scratch – and, to his surprise, got it.  Theroux chose to break down the history into themed hour or half hour blocks – which could be broadcast in succession at a 52 hour marathon or broken out into standalone themed episodes.  As much as possible, Gary had the stories behind the songs told by the hitmakers themselves – with other narration minimized to simply link elements together.  He made sure every minute was compelling -- studding each script with “wow-I-didn’t-know-that”-type fun facts which illuminated both the songs and the stars.

“Music is a way of painting portraits of human emotion using sound,” said Theroux.  “Paint, for example, has no emotion – but when carefully arranged on a canvas by a gifted artist, it will create an emotional reaction in the viewer.   Carefully crafted music does exactly the same thing – speaking to and for your heart.  The tracks which most eloquently do that become your all-time favorites – kind of like old friends.  What we do is tell you things about your old friends which you never knew before and only more deeply endear them to you.”

Theroux’s 1978 production of “The History of Rock ‘n’ Roll” aired on more than 800 stations worldwide – and was named Billboard’s “Top Special Program of The Year.”  Gary went on to teach music at UCLA before becoming Reader’s Digest’s Music & Entertainment Editor in New York.  Over the next 20 years, Theroux compiled and annotated hundreds of multi-disc CD box sets, with cumulative sales topping 39 million copies.  Some were single artist sets but most were themed collections aimed at a wide variety of specifically targeted demographic groups.  “It was like creating a multitude of different 60 or 80 track mini radio formats,” Theroux recalled.  His biggest seller, “Christmas Through The Years,” sold over eleven million copies.  Concurrently Gary remained on New York radio, co-hosting (with now Fox Radio news anchor Kerin McCue) “The Saturday Night Special,” a free-wheeling five-hour oldies and comedy celebration.

While serving with Bill Drake on the board of The Hit Parade Hall of Fame, Theroux got a call one day from founder John Rook.  Wink Martindale was looking for a project and could Gary think of anything?   Theroux immediately suggested turning his “Christmas Through The Years” concept into a ten hour radio countdown entitled “The 100 Greatest Christmas Hits of All Time.”    With Wink’s approval, Gary worked with engineer Peter Gould to build the countdown, working in not only 100+ Yuletide gems but 100+ Christmas themed celebrity interview clips.  “The 100 Greatest Christmas Hits of All Time” debuted over KRTH in Los Angeles and has been annually updated.  Last year’s edition was heard in more than 175 countries worldwide.

One day Wink said, “Say, Gary.  You own the trademark name ‘History of Rock ‘n’ Roll’ but you’re not really doing much with it.”  Actually, Gary had recorded nearly 200 “History of Rock ‘n’ Roll” 2 ½ minute features but only placed them in limited release.  Wink continued.  “Let’s try reviving the ‘History of Rock ‘n’ Roll’ concept as a two-hour weekly series -- and I’d love to host it.”   And that’s exactly what’s happened – via Gary Theroux’s Reserve Productions in association with Wink Martindale Enterprises and master engineer Peter Gould’s Intervale Group.

The all-new two-hour weekly “History of Rock ‘n’ Roll” is much more than just the full-length versions of ‘60s, ‘70s and ‘80s gold.  The series answers key music fan questions, such as “What’s that song?  Who’s the performer?  How did they get that name?  What inspired those words?   Why does this music touch my heart ... make me smile ... make me cry ... make me want to dance, romance and fall in love? Whatever happened to the great songs I grew up with?”

Each episode of “The History of Rock ‘n’ Roll” is built round a theme spotlighting yet another aspect of rock and pop history – from “Leading Ladies of the ‘80s” to “The ‘60s Greatest Dance Hits,” “Singer-Songwriters of the ‘70s” to “The Best of Folk-Rock,” “The Magic of Motown” to “The Top 25 Hits of 1980,”  “Super Groups of the ‘60s” to “Inside Beatlemania,” “Goodtime Gold” to “The Super Summer Song Collection” -- and that’s just for starters.   These are the songs and stars everyone knows --- the memorable music that’s formed the soundtrack of our lives.

Each episode includes insightful artist interviews and remarkable revelations from our cheerful, engaging goodtime host: legendary broadcaster Wink Martindale.  It's fascinating fun – and once you learn the true story behind your favorite songs and stars, they become even more special – because now you know the rest of their sometimes sad, sometimes silly, often incredible and always unforgettable inside stories.

And among the affiliates on board for the June 5 debut of "The History of Rock ‘n ’Roll” is WMPS in Memphis -- where Wink Martindale got his start on radio – so many moons ago.

WXJX Pittsburgh, PA
KIRK Macon, MO
WLBQ Morgantown, KY
WCED Dubois, PA
WMPS Memphis, TN
WMIR Myrtle Beach, SC
WHGM Havre De Grace, PA
WYAY Wilmington, NC
WCNS Pittsburgh, PA
WKDK Newberry, SC
WWVF Gueresville, CA
Every internet and broadcast station is free to set their own schedules -- so contact them for specific dates and times.  In most cases, they plan on running the same new weekly episode on both Saturdays and Sundays. .  So far, about 30 broadcast stations have signed on to carry THE HISTORY OF ROCK 'N' ROLL with another huge group coming on board in June.
So there are even more stations coming onboard as we move forward.  (C'mon, Me-TV-FM ... The True Oldies Channel ... Rewound Radio ... WCFLChicagoRadio.com ... get onboard the oldies train!!!)

Or you stream it here on any of these great stations:

Stay Tuned America:
http://staytunedamerica.net/
CLEOldies.com:
https://www.northcoastsgreatesthits.com/
60s 70s and More Flashback:
https://live365.com/station/60s-70s-and-More-FlashBack-a04278
Oldies Radio Live 365:
https://www.liveradio.uk/stations/oldies-radio-live-365
(Again, more to come!)
[Gary tells me that he has already prepared the first full year of HISTORY OF ROCK 'N' ROLL features ... and he's already working on Week #53!  That means that before the first episode even airs, it is already TWICE as long as the original series he produced back in 1978!]
Posted by Kent Kotal at 6:00 AM