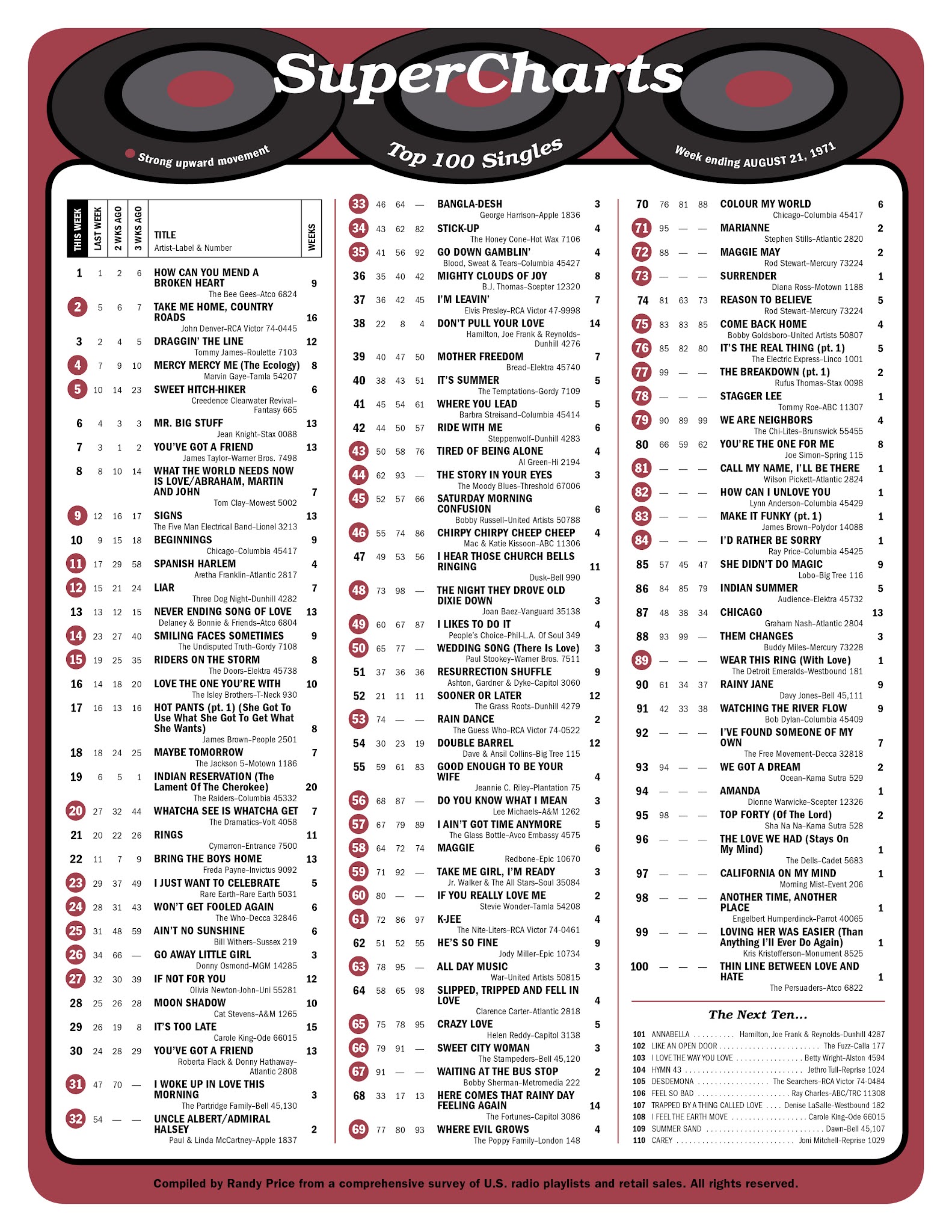 The Bee Gees hold on to the #1 spot for a second week as, once again, we see very little movement within The Top Ten this week.  ("Signs" by The Five Man Electrical Band is the only new entry and even that one only moves from #12 to #9.)

Slim pickings in his area, too, this week.  The highest debut belongs to Diana Ross with something called "Surrender," which bows at #73.  (I honestly don't even remember this track!)

I have always liked Tommy Roe's version of "Stagger Lee," however ... and it's new this week at #78.  Other than that, the only other songs I paid much attention to were The Free Movement's "I've Found Someone Of My Own" (which will eventually go on to become a Top Five hit) and "Thin Line Between Love And Hate" by The Persuaders, which debuts right at #100 this week.  (In all fairness, I first discovered this song thanks to The Pretenders' remake thirteen years later ... it's one of my favorite tracks by them, even though it never made much of an impression on the charts.  The Persuaders' version never charted here in Chicago and, as such, didn't get any Top 40 airplay on WLS or WCFL at the time.)

August 15th – Thomas Wayne, who had a Top 5 Hit in 1959 with the song “Tragedy” is killed when he drives his car across four lanes of traffic, over a median and then slams into an oncoming car.  He was 31 years old.

Also on this date, Jackie Stewart becomes Formula One World Drivers’ Champion in the Tyrrell 003-Cosworth

August 18th – John Denver receives a Gold Record for his hit single “Take Me Home, Country Roads”
Posted by Kent Kotal at 6:00 AM