This just in — just added to the lineup of incredible entertainment at the Dick Biondi Big 89 Birthday Bash – The New Colony Six and Rosie & The Rivets!

The event is being held at the historic Arcada Theatre on September 19, 2021. Tickets are on sale NOW! Proceeds go to The Official Dick Biondi Film: The Voice That Rocked America! We can't thank Ron Onesti & OSHOWS.COM enough for this great opportunity!

Many thanks to all the fabulous artists who are helping The Dick Biondi Film gain the funding necessary to broadcast the Dick Biondi story on PBS and beyond. You can help sell out the Arcada Theatre by sharing this with your friends. Here's the link to get your tix and V.I.P Tix--https://www.arcadalive.com/upcomingevents/ 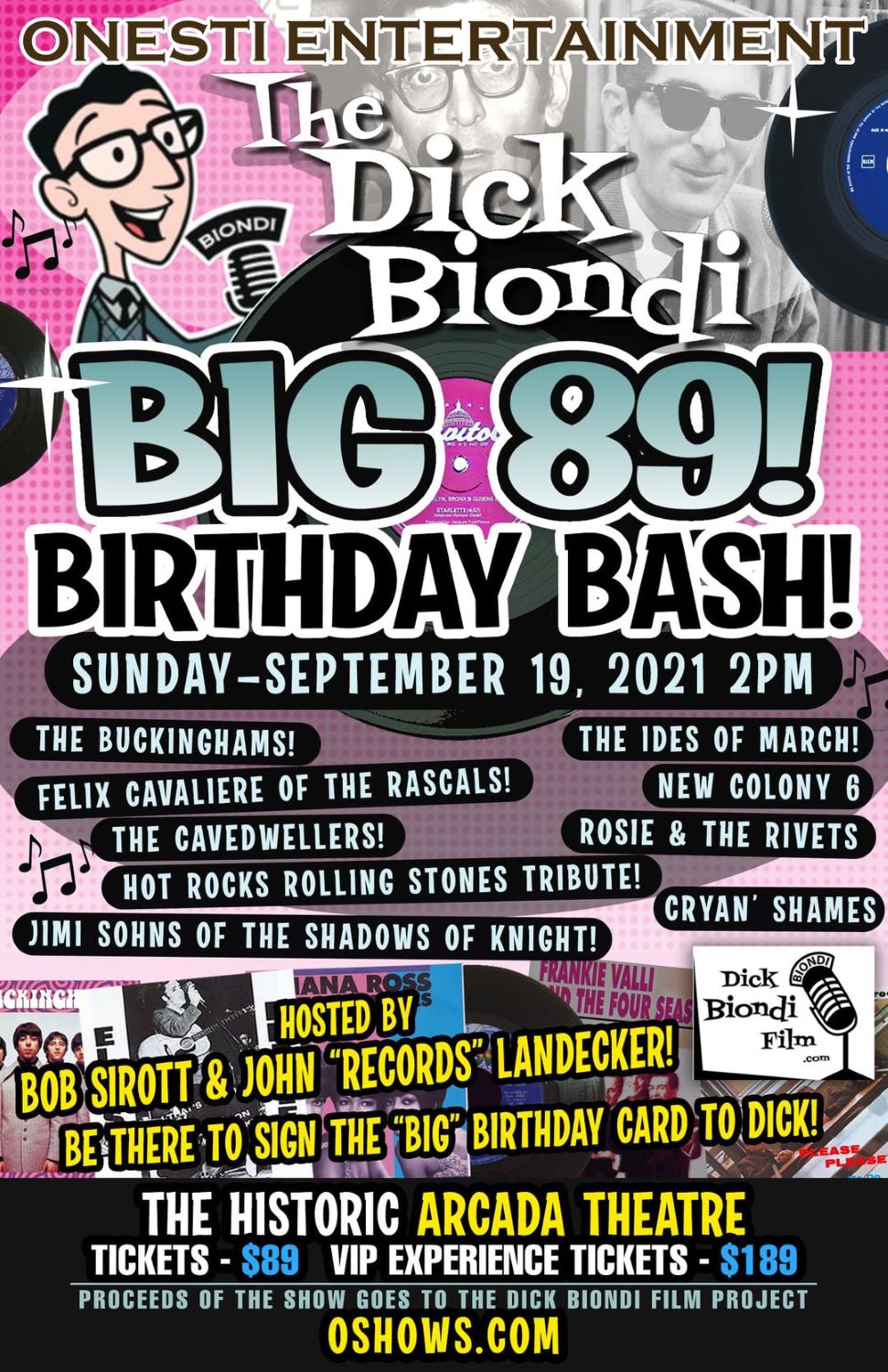 Thanks, Kent! We are pumped!!!!! If we sell out the Arcada on September 19th, we believe we will have the necessary funding to prepare the Dick Biondi story for PBS and beyond!

SO many great clips are available here, and all in their full-length original versions.

According to the article below, the most-viewed clips include Elvis Presley’s “Hound Dog,” “Don’t Be Cruel” and “Love Me Tender,” The Jackson Five’s “I Want You Back,” their medley of “Stand” / “Who’s Loving You” / “I Want You Back” and their stand-alone performance of “Who’s Loving You,” Neil Diamond’s “Sweet Caroline,” The Mamas and the Papas’ “California Dreamin’” and “Monday, Monday” and Tom Jones’ performance of “Delilah.”  (Wow! Not a British Invasion act in the bunch!!! Now THAT’S hard to believe!!!)  Ed’s show more than any other fueled the success of the British chart take-over of the mid-‘60’s.  (kk)

You'd think there'd be more recognition for this ...

Does everybody out there realize that The King and The Queen both died on the same date?

It's true ... yesterday (August 16th) marked the anniversaries of the deaths of Elvis Presley (1977), The King Of Rock And Roll, and Aretha Franklin (2018), The Queen Of Soul.  Now if THAT doesn't deserve a National Holiday, then I don't know what does!!!  (Besides, I could really use another day off!)  kk

Tying in with The Kennedy Center’s honoring of Motown Founder Berry Gordy, comes these excerpts of an interview that Harvey Kubernik did with Gordy back in 1994 …

It’s being billed as “The sounds of the city’s biggest summer festivals, wherever you are.  Feel the spirit of Chicago’s famous summer music fests without the crush of the crowd as our virtual tour visits the Windy City.”

Hosted by Kristine Stone, the station promises a “high-energy trip featuring local heroes like Smashing Pumpkins, Cheap Trick and Kanye West, alongside festival mainstays like Lollapalooza founder Perry Farrell’s own Jane’s Addiction.”  (Gee, would have been nice if they included some of the OTHER artists that made our musical heritage so great, too, like, you know, Chicago … The Ides Of March, The New Colony Six, The Mauds, The American Breed, The Cryan’ Shames and, of course, The Buckinghams.

Or how about Styx?  REO?  And other acts with ties to Chicago like Chuck Berry and Sam Cooke … Curtis Mayfield, Jerry Butler and the Impressions …

The list goes on and on and on.  (I guess I was just hoping for more of a Windy City Wednesday connection like Jeff James does every week over at Huntley Community Radio.)  I’ll check it out … but this “modern” connection will probably leave me switching back to my “tried and true.”  (kk)

Last week we ran a link to a great "Who's Next" article that ran in The Wall Street Journal (of all places!)

Best Classic Bands got in on the action, too ...

Good morning Kent,
Here's something I came across on Melanie's Facebook page this morning.
To celebrate the anniversary of Woodstock, Melanie is offering a free online concert that will stream beginning today (Sunday) through Tuesday afternoon. My guess is that it will be her Woodstock performance streaming over and over, so people should have plenty of time to check it out. I've been a huge fan of her work ever since I found a few of her songs on a compilation album thirty years ago, so I'll definitely be tuning into this.
Here are the instructions for anyone who wants to check it out.
Step 1  - click on the link...
https://melanieonlineconcerts.anywhereseat.com/
Step 2 - the link will then bring you right to the AnywhereSeat page, click the Access button.
Step 3 - click Get Ticket
Step 4 - here you can enter $ 0 in the price area for your free ticket!
Or you are more than welcome to pay what you can, this is greatly appreciated

Simply fill out the rest of the info
( your email address is very important, this is where your ticket code will be sent ).
Then click the “ i’m not a robot “ thingy:)

& finally click Confirm.
Colin Donahue
A quick update:
This was actually a live concert where Melanie - for the first time since 1969 - played her entire set from Woodstock. The concert will be available to stream for free through the end of the day on Tuesday.
During the festival, she was so nervous that she played the songs and left the stage with no banter in between. This time around, though, it was evident that she was really enjoying herself, and her enthusiasm came through with each performance. Her youngest son was next to her, providing background vocals and extra instrumentation.
It was phenomenal to watch. It was awesome getting to hear Melanie's memories of performing at Woodstock, and her son was a terrific accompanist. The lyrics to songs like "Beautiful People" hold up so well today. I've always loved her rendition of Dylan's "Mr. Tambourine Man," and today's performance was no exception. What a treat!
Colin

So you think payola ended after the Alan Freed era, eh???

Check out this clip from a 2016 HBO Documentary that Big Jay Sorensen just sent me … really makes you wonder just how trustworthy some of the chart information was, too!  (kk)

Then again, our FH Buddy Shawn Swords covered this not-so-hidden side of the business in his film “Wages Of Spin” back in 2008 … which profiled squeaky-clean Dick Clark, who managed to walk away from the whole original payola scandal unscathed … and went on to build a television empire …

Hope you and family are well.

Am I missing something or was there not a July 31, 1971 Super Charts listing on the site?  Checked all the weeks but cannot find it.

All well here!   I have been working with Dave Burgess and The Champs distributing their new album / CD release and it is doing well!  Thank you!

Here is a link so you can back-track and check it out ...

>>>The highest debut this week belongs to Diana Ross with something called "Surrender," which bows at #73.  (I honestly don't even remember this track!) kk

Diana's "Surrender" did reach AT40 for three weeks ...

It was evidently the title track of her new album at the time ... and ultimately peaked at #38 in Billboard. I can honestly say that I have never heard this song before in my life. (It never charted here in Chicago so I'm guessing it never got played here either ... or, if it did, I totally missed it.) Not a very strong track in my opinion ... and seems to be very reminiscent of a couple of other songs rather than carving out an identity of its own. (kk)

Kent,
In today's FH, you posted the video of 24 year old Megan Piphus throwing her voice, or her ventriloquist act.
Kent, I don't know if you remember ventriloquist Senor Wences. The only time I remember seeing him was when he appeared on the Ed Sullivan show.
Well, in 1959 on Joy Records he had a record called "'S-ALL RIGHT? -- 's-all right!" with the flip being "DEEFEECULT FOR YOU -- EASY FOR ME."
This record made our local radio survey back in 1959. I understand that Senor Wences was the only ventriloquist who could drink a glass of water completely while throwing his voice at he same time.
Larry
I most definitely DO remember Senor Wences.  (Record companies at the time would do just about ANYTHING to cash in on a hot act ... remember when Ted Cassidy recorded a dance record called "The Lurch???"  Or Soupy Sales' "hit" "The Mouse???")
"'S-All Right? 'S-All Right!" actually charted in Cash Box (#86) and Music Vendor (#109) in 1959 ... but never made The Billboard Chart.  I'm guessing it's a pretty collectible record.  (kk)

Last week, I shared with you a remarkable 24-year-old singing ventriloquist who sang a couple of Great Forgotten Hits with a couple of her “Friends “on a 2018 episode of “Showtime at the Apollo.”

Also last week (at the age of 16!), the 2017 Winner of America's Got Talent, when she was only 12 years old, returned to AGT for a special encore performance with another Great Forgotten Hit, this one by Shirley and Lee!

Here then, with her Friend is Darci Lynne showing that they can definitely “Let the Good Times Roll!”

We have a long-standing rule in Forgotten Hits that we'll only air ONE ventriloquist clip every twenty years ... so I want you to know that it is, indeed, a special honor that I am breaking that rule today to run this ... and am ONLY doing it because ANOTHER reader, Larry Neal, saw fit to bring the topic of again!

So it is with DEEP reservations that I run this nowhere-near-as-entertaining clip as the final chapter on this topic.  (Yep, that's right ... just like "Maggie May," I'm taking this one off the table.  You'll just have to throw your voice somewhere else from now on.)  kk

Bottle of Wine probably didn’t seem to fit in its time because it was written around 1964, I believe.
Ken Freck
GREAT tune (and a GREAT recording!) regardless.  (They sure MADE it fit!!!  lol)  kk
August 15th marked the anniversaries of The Beatles' first performance at Shea Stadium in 1965 ... AND the very first day of the Woodstock Music And Art Fair.  Hard to believe that these events took place only four years apart ... boy, did music ever grow and change during those four years!!!  (kk)

WLTL Radio will broadcast the 50th anniversary recordings of …

THE MOB – THE LOST MOTOWN TAPES

THE MOB – THE LOST MOTOWN TAPES

… is the music and story about eleven recordings after their Colossus album that were presented to Berry Gordy of Motown Records.  The tapes were stored in a warehouse and later destroyed by a fire.  After 45 years, an acetate of those recordings was sold in the 2017 Berry Gordy mansion auction.  Find out what an acetate is and listen to the unreleased songs.  Barbra Streisand and Carole King hit the charts in 1971 with a couple of those songs.  A U.K. buyer now owns this acetate for $650 dollars. 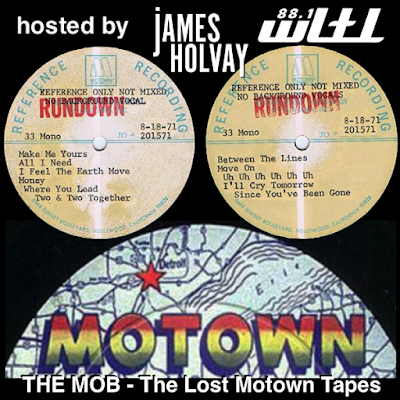 OK, this one totally cracked me up … Who of us out there hasn’t had a one night stand??? Well, here it is. Another Saturday. And another Weekend! And this reminds me of way back in my single days when I once had twins just like this! 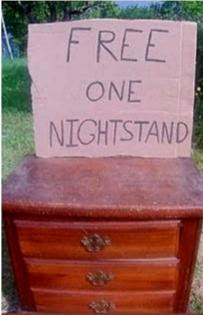