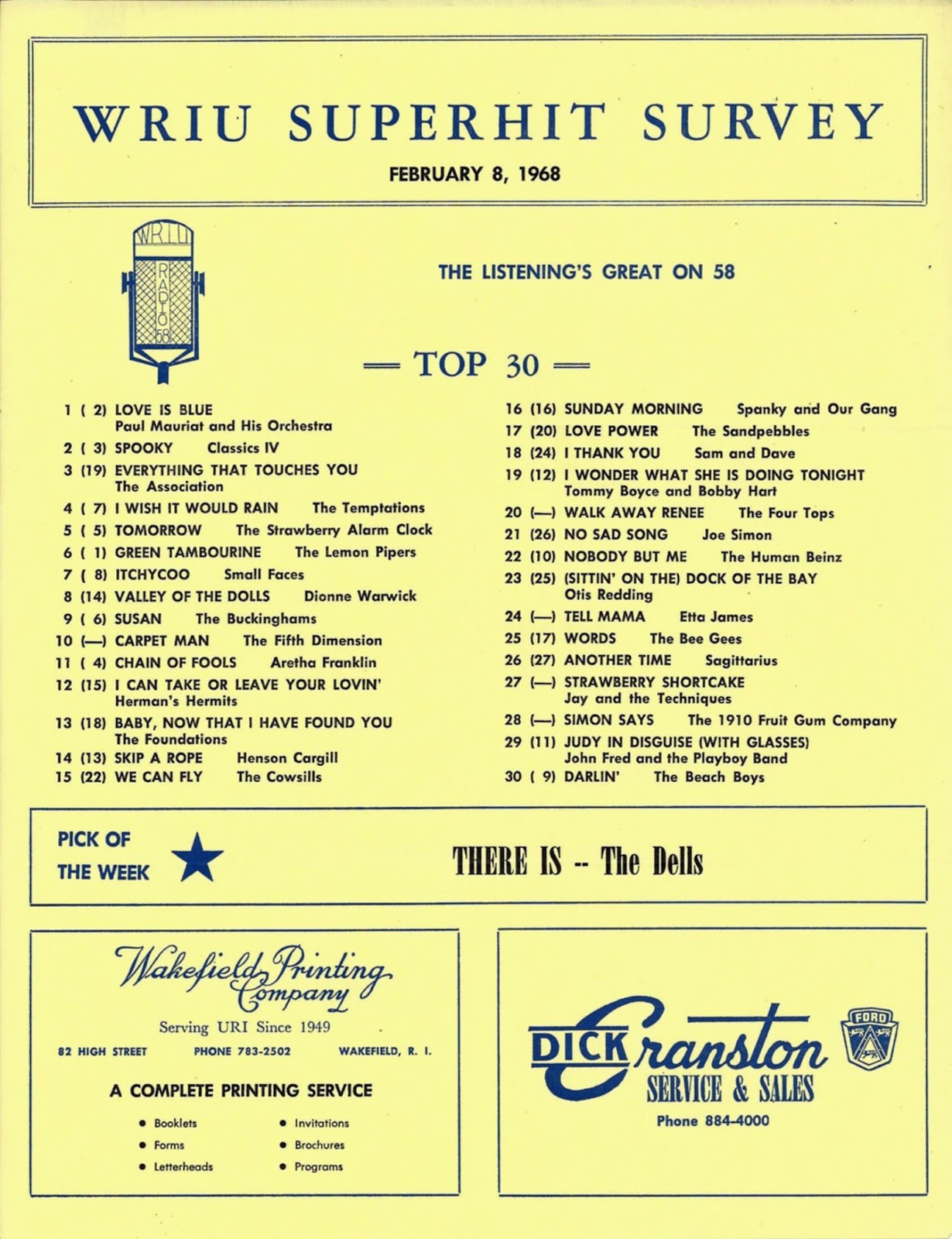 At least half a dozen songs on this week's survey might imply that WRIU out of Kingston, Rhode Island, must have been a soft-rock, middle-of-the-road station.  ("Love Is Blue," "Spooky," "Everything That Touches You," "Theme from 'The Valley Of The Dolls,'" "Walk Away Renee" and "Words" by The Bee Gees to name just a few)

But playing right alongside them were the psychedelic sounds of "Itchycoo Park" by The Small Faces and "Tomorrow" by The Strawberry Alarm Clock, the bubblegum hits "Green Tambourine" by The Lemon Pipers and "Simon Says" by The 1910 Fruitgum Company" and hard-driving tunes like "Nobody But Me" by The Human Beinz and "Tell Mama" by Etta James.

Despite its 5000+ population, this town is home to the main campus of the State University.  In 1968, it was also the home of a very cool top 40 radio station.  One of the songs that was a regional hit in MANY areas of the country but never hit nationally was the beautiful "Another Time" by Sagittarius.  The band was made up of a group of studio musicians pulled together by producer Gary Usher that never performed live, despite some very groovy 45s and an incredible LP, "Present tense."  Their 1967 hit "My World Fell Down" was groundbreaking with its use of sound effects and lead vocal by Glen Campbell.  Besides Campbell, Bruce Johnston and Terry Melcher helped provide vocals for the fictitious band who deserved better and has gotten it in the following century.
-- Clark Besch


That Was The Week That Was:

2/4/68:  Michael and Phyllis Nesmith welcome son Jonathan into the world

2/10/68:  The Jimi Hendrix Experience headline the Shrine Exposition Hall in Los Angeles
Posted by Kent Kotal at 6:00 AM