With the 40th Anniversary of “Grease” upon us this was a cool find!  (And be sure to read the whole interview!!!)  kk


(Thanks to Tom Cuddy for sending this one in)


We told you about Felix Cavaliere teaming up with Gene Cornish, meaning that one half of the original Rascals will be doing a series of shows this summer (with Carmine Appice on drums no less!) for the first time since their Once Upon A Dream tour a few years ago.
What do you call an arrangement like this??? (I mean if Danny Hutton can go out as a "single" and still call himself Three Dog Night, surely one half of The Rascals should count for something!!!)  Or maybe as a fun way of honoring their roots, The Old Rascals might fit!!!
Anyway, FH Reader Danny Guilfoyle sent us this promotional poster for a show coming up in his area … 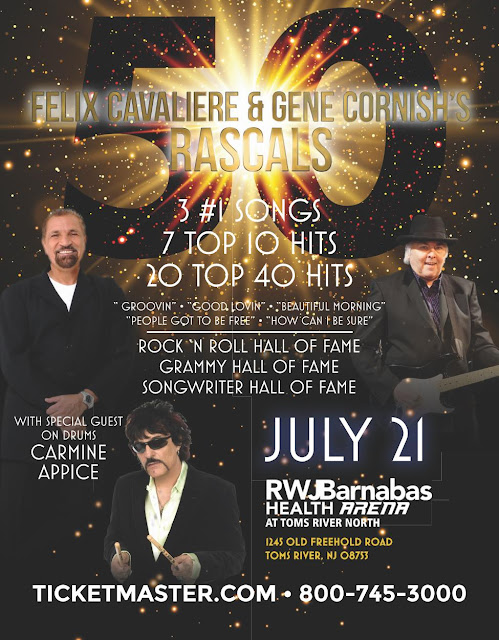 Having just seen Felix Cavaliere’s Rascals last weekend it’ll be interesting to see how this changes up the dynamics of the show.  (kk)

Speaking of tours, we've been talking about the Roy Orbison Hologram Tour for awhile now … but the first review we've seen (courtesy of FH Reader Tom Cuddy) isn't very flattering … in fact, if anything, it makes the whole experience sound, well, a little creepy …

Roy Orbison, Hammersmith Apollo, review - a live hologram show that's about as dead as can be …
There were audible gasps when the glowing figure of Roy Orbison rose from the bottom of the stage.
Read it on Flipboard

FH Reader David Salidor sent us this link to The Mac Wire, covering a couple of recent news headlines we told you about … the closing of B.B. King's in New York City and a couple of up-coming Micky Dolenz events … http://www.themacwire.com/the-glorious-corner-nycs-b-b-kings-shutters-netflixs-stanger-things-monkees-great-micky-dolenz-coming-to-east-coast-comic-con-and-more/

Now that this year’s class has been inducted into The Rock And Roll Hall Of Fame, the speculation begins as to who’ll make next year’s ballot.
In order qualify, an artist had to release their first record 25 year ago (or, in this case, 1993.)  REALLY hard to believe that the music of 1993 is already a quarter-of-a-century old!!!
The list of first time eligible artists isn’t particularly inspiring … Ultimate Classic Rock lists the “most likely candidates” as Beck, Blink 182, Jeff Buckley, Candlebox, Counting Crows, Sheryl Crow, The Dave Matthews Band, Outkast, Snoop Dogg, Everclear, The Roots and Shania Twain.
Seriously???
Do ANY of these artists strike you as being particularly Rock And Roll Hall Of Fame worthy???  (Maybe this would be a good time to recognize some of the deserving artists you’ve ignored over the past 25 years!!!)
Or maybe it’s time to just call the whole thing off.
If you listened to Chubby Checker’s comments last week (and you can scroll down to hear it if you happened to miss it), right now his CLOTHES are good enough to be in The Rock And Roll Hall Of Fame … his RECORD of “The Twist” is good enough to be in The Rock And Roll Hall Of Fame … but HE isn’t good enough to be in.  (Tommy James has made similar comments over the years … in fact at one point I think he was actually going to ask for his suit back, which had been on loan to The Rock Hall for years!!!)  How is it even REMOTELY possible that Tommy James has never been considered for induction … yet he has never even made the ballot.  Pretty sad.  (kk)

kk:
This is one of my average type ideas, not one of my great ideas.
I feel kind of guilty --- always making you do all the work.
This time I did the heavy lifting ... all you have to do is copy.
What to call it???  Maybe --- Before & After
Chuck Girard went from The Castels to The Hondells
"General" Norman Johnson went from The Showmen to The Chairmen of The Board
Johnny Maestro went from The Crests to The Brooklyn Bridge
Sonny Geraci went from The Outsiders to Climax
Mr. Earl "Speedo" Carroll went from The Cadillacs to The Coasters
Doug Sahm went from The Sir Douglas Quintet to The Texas Tornados
Billy Vaughn left The Hilltoppers to form his own band
Tom and Jerry went back to their real names, Simon and Garfunkel
I would also play a song by each group.
I bet you and the DJ s who subscribe to Forgotten Hits could come up with a few more.
Frank B.
P.S.  One More ... Bill Black left Elvis to form The Bill Black Combo
We actually did help put together a radio show sort of similar to this a few years back … in fact, one of our readers spearheaded the whole thing … but I still think it would make for an interesting weekend feature.  (Some of yours are pretty obscure … and, of course, the station would already have to be playing music by these artists in order for it to make sense to their listeners … but I like the concept.)  I just think it’d have to be more contemporary … for example, Joe Walsh (play The James Gang and then The Eagles … and, if you’re REALLY creative, one of Joe’s solo hits.)  Another one I always liked was Jay Ferguson … play Spirit’s “I Got A Line On You” followed by Jo Jo Gunne’s “Run Run Run” and wrap things up with “Thunder Island,” a hit Jay had under his own name.  Certainly one of the more enterprising deejays on the list can come up 48 of these and spotlight one per hour for a weekend special!  (kk)

Hi Kent,
John here. My site (Uncommon Top 40) was torn down, but amazing until then. Attracted many due to alternate versions and stuff. Contributors came from everywhere. Maybe you and others can feature what others found ... like this one … The Doors, Hello, I Love You … studio opening, Jim Morrison moans, vocal dub, lead and backing, but the really odd thing is the screamin' ending!
Please feature. Thank you.
Best,
John 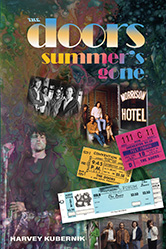 And finally this from FH Reader John LaPuzza ... 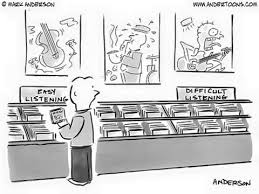 Am I safe to assume that "difficult listening" is virtually EVERYTHING being played on the radio today???  (kk)
Posted by Kent Kotal at 6:00 AM