OLDIES MUSIC ... The End Is Here

It is now abundantly clear …

The music we love … OUR music … is about to become extinct ... at least in the "relevance" department.

I don’t know any other way to break the news …

But unfortunately, because of the way history is being documented today, most if not all of the songs and artists that shaped our lives will become forgotten afterthoughts … and I’m having a hard time coming to terms with this latest blow.

This is the headline that created this latest travesty …

But sadly, the facts are correct.

Because of the way music is tabulated today, NINE of the Top 12 Top 40 Artists of All Time were not even born yet when Presley ruled the charts … yet statistically they have taken over artists like Elvis and The Beatles to become the most successful Top 40 acts in history … on paper anyway.

As has always been a thorn in my side (and as we’ve pointed out DOZENS of times before in Forgotten Hits), the fact that Billboard now seems to only be interested in its era AFTER they renamed their weekly pop chart list The Hot 100, 26 of Elvis' earlier Top 40 Hits have been eliminated from his tally because they all hit the charts PRIOR to the first Hot 100 chart being published on August 4th, 1958.

Incredibly, Billboard FINALLY acknowledges what we’ve been bitching about for the past several years … hey, maybe somebody out there actually has been paying attention after all!!!  (I think it all goes back to that “squeaky wheel” theory!  Lol)

In their article announcing this MAJOR news, Billboard writes:

Notably, "I Do It" earns Lil Wayne his 82nd career top 40 Hot 100 hit, pushing him past Elvis Presley for the second-most in the chart's history. (Notably, the Hot 100 began in 1958, two years after Presley's commercial breakthrough.) Only Drake has more top 40 entries, with exactly 100.

Lil Wayne's four Hot 100 debuts this week also bring his grand total of career entries to 167, the third-most in the chart's history, after Drake and the Glee Cast, who are tied with 207 each.

I’m sure 25 years from now … 50 years from now … after we’re all long gone and the next generations to follow will only have documentation like this to research popular music, (which clearly downplay ... actually, IGNORE ... the most interesting and exciting period in pop music history), they’ll all be singing the praises of how AMAZING Nicki Minaj and the Cast of "Glee" must have been to rank so highly on a list like this.  Just imagine the life-changing and incredible, long-lasting contributions they each must have made toward shaping the sounds of popular music to place in The Top 12.  (Sadly, it will be their only point of reference ... and who will be here to set them straight???  The legacy of our music is forever doomed ... what a SAD state of affairs!)

I guess to be fair, before we pass judgment on this travesty ... oops, too late! ... we should first examine the contributions of some of these "Leaderboard" artists …

For example, the Cast of "Glee" placed 207 songs on Billboard's Hot 100 Chart over a four year period … pretty incredible, right?  That's because immediately after each episode of the TV show aired, the music featured in that episode was available for download.  Good News:  The music featured on “Glee,” performed by the show's very charming and talented cast, introduced a whole new generation to the INCREDIBLE music of the ‘60’s, ‘70’s and ‘80’s by bringing back and singing songs that the rest of us already knew and loved.  Bad News:  The attention span and popularity of  this "newfound" music lasted for about a minute.

Of the 207 songs charted by the cast, 198 of those songs disappeared off the chart in less than three weeks!  In fact, MOST charted for exactly ONE WEEK … truly one and done ... so of course THOSE entries should fairly be compared alongside the works CREATED by artists like The Beatles, The Rolling Stones, Michael Jackson, Neil Diamond, The Beach Boys, Elvis, The Supremes and all the others who came before them, who were limited by their actual original hit songs being released on 45’s (and 45's only) that you had to go to your local record store to purchase, rather than having their entire catalog being available for download in your bedroom minutes later.

The longest ANY song by The Cast of “Glee” stayed on the charts was six weeks … and that was ONLY for their very first “hit,” a cover of Journey's rock classic “Don’t Stop Believin’” from the premier episode.  (For the record, this is also the ONLY song to make The Top Ten of their 283 actual charted tunes, including all of those that also “bubbled under” for a week.)

So if you ever want any of those future generations 25 to 50 years from now to discover the music that shapes OUR souls, it’s time to bury the time capsule NOW, people … because OUR music is obsolete … extinct … just like the dinosaurs we’ve all become … and there isn't going to be anybody around to refute these ridiculous chart stats that Billboard keeps publishing as though they hold ANY relevance to the reality of pop music history.  And it needs to stop ... it needs to be re-evaluated so that these eras of music can be compared FAIRLY when ranked side-by-side.

Because if Billboard is allowed to continue to document pop music history in this way, EVERYTHING that happened musically between 1955’s “Rock Around The Clock” and The Beach Boys’ comeback with “Kokomo” in 1988 will cease to exist, overshadowed instead by all of the music (and new statistical records) that are yet to come, qualified by this new method of documenting the hits.  (I wonder ... how many Lil Wayne, Drake and Jay-Z songs can YOU hum???  Is there a person alive who believes for a second that ANY of these songs are more significant or life-changing than The Beatles' "Yesterday" or "She Loves You," Simon and Garfunkel's "Bridge Over Troubled Water," Elvis' "Hound Dog," Chuck Berry's "Johnny B. Goode" or The Beach Boys' "Good Vibrations?"  Yet THIS is the way they are being represented.)

The REAL shame is that Billboard Magazine, perhaps more so than anybody else , knows better.  There is absolutely NO way to compare these chart performances fairly and accurately side by side when the criteria for determining the chart life of each artist is so drastically different ... and yet they continue to do so without even the slightest hint of relevance, apology or context.  Shame on you, Billboard ... of ALL people.

But in the meantime ... until it does ... until this ridiculous measurement of popularity is re-evaluated and changed ... 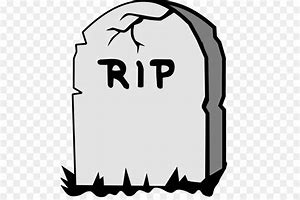 
On the PLUS side … publications like Forgotten Hits … and oldies radio stations around the world and all over the internet are going to continue to feature, cherish and promote the music that shaped our lives.  We’re not giving up … we’re going to continue saving the oldies, even if that means one song at a time.  Spread the word, people … Oldies Music Lives Here!!!  (Nicki Minaj be damned!!!)  kk
Posted by Kent Kotal at 6:00 AM