More Of Your Mid-Week Comments

Of course long time ZZ Top Drummer Frank Beard is the one guy in the band who DOESN’T have a beard!  (go figure!)  Although photos of him sporting a little facial hair growth have also begun to circulate post-pandemic … so who knows what the future may bring.

Dusty’s wife Charleen took a minute to thank the fans … and talk about the love she shared for the man she was married to for the past 19 years … https://bestclassicbands.com/dusty-hill-wife-farewell-charleen-mccrory-8-2-21/  (kk)

John said he was trying to use the auto-harp in his music.  He started by playing along with "HEATWAVE," which led to "DO YOU BELIEVE IN MAGIC."

John was there to listen to the music, not play in the show.  He was on the stage, talking to his friends.  Because of the bad weather, they didn't want to use electronic equipment.  Somebody told John to go onstage and play acoustic guitar. He said “I didn't even bring my guitar with me.”  He borrowed Tim Hardin's guitar and went onstage to play some music.

John Sebastian and The Doors had the same manager.  That's why John played harmonica on "ROADHOUSE BLUES."  He said that Lonnie Mack was also on that recording session.

Tony just did his first show in a year and a half at the Mohegan Sun in Connecticut.

He said he sang for 2 1/2 hours and they had to drag him off the stage.

Tony is going to be part of Cousin Brucie's "PALISADES PARK REUNION" on 8/26/2021.  Also on the show:  Bobby Rydell and The Capris. Tony told Brucie that this will be the first time in 48 years that he'll be onstage with other acts. My first thought was “What about opening acts?”  He said that he doesn't have opening acts for his shows.

They were talking about "ANSWER SONGS." Brucie asked if anybody answered one of his hits.

He said, “Yes ... Connie Francis answered "TIE A YELLOW RIBBON AROUND THE OLE OAK TREE."  I don't remember this one at all.

P.S.  I forgot to tell you that Tony Orlando recorded the demo for Bobby Vee's #1 Hit "TAKE GOOD CARE OF MY BABY."

I guess I should've taken Tony's word for it … but I still wanted to hear what it sounded like.

I thought you might find this photo interesting 🤗 I hope you and family are well. 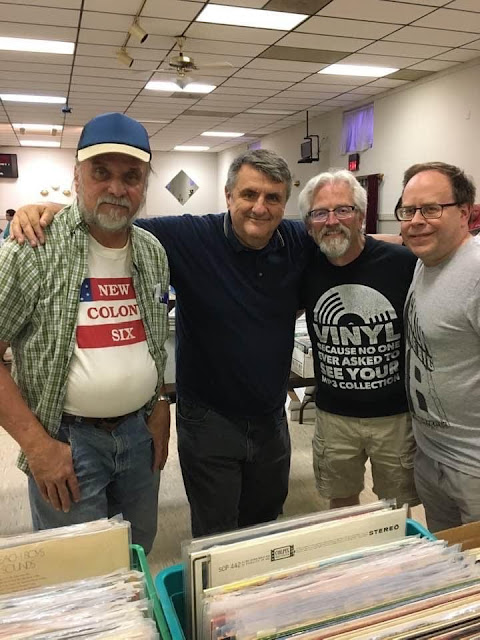 Jerry’s been a friend for years … and is the official New Colony Six Historian.  Great to see him out and about!

But the timing here is EXTREMEMLY funny … because FH Reader Mike Wolstein sent in a picture this past week of himself wearing that very same shirt!  (kk)

I still proudly wear this shirt on occasion - bought it from him at that record show back in 1983 where all of the Chicago area garage bands came in to meet and greet the fans.  In fact, it's on You Tube (narrated by Bob Sirott).
Mike Wolstein 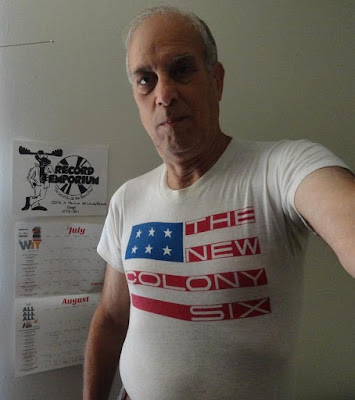 And how wild is THIS?!?!?  Last week Bob Sirott plugged that “How Chicago Rocked The ‘60’s” WTTW Chicago Stories special on his program after we reminded him of it and sent him a copy of the WLS Chart for July 14th that featured SEVEN (count ‘em) SEVEN local acts in The Top 40!

And … it was our old buddy Gary Strobl (who now helps curate the absolutely MASSIVE library of Henry Diltz’s photographs) that sent us all those awesome Concert For Bangla Desh photos we’ve been running for the past few days!

Don’tcha just LOVE it when all this stuff comes together like this?!?!  (kk)

I think we ran this the other day but we’re running out of time if we want to help Geoff Lambert secure copies of the Billboard R&B and C&W charts for these 1961 dates in time to feature in his weekly newsletter.

Here they are again …

If anybody can supply photo copies of the charts in question, please email them to me as soon as possible.  Thanks!

Billboard Country and Soul Singles Charts needed for these dates (all 1961):

You know how sometimes you come across something you didn’t know you wanted until you saw it?!

Well, this weekend was just such a time!

I got this Original, Authentic, Nearly New, Official Colorado Holstein Seat Cover at a Great Price! 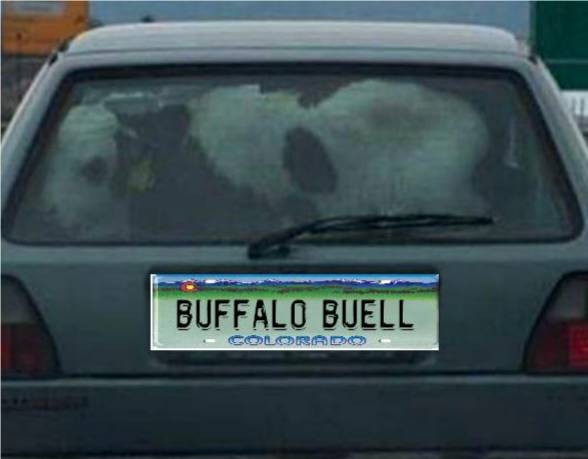 (This sounds like one of those “horseshoe up your ass” moments to me!  kk)

This is the last week to submit your votes for your Top Ten Favorite Songs From 1971.

We’ll tabulate the results and then count them down with Phil Nee on an upcoming episode of his “Those Were The Days” Saturday Night Oldies Shows.

Email your ranked Top Ten List to kk@forgottenhits.com … and then stay-tuned for more information on when and where to listen.  (kk)