Richard Carpenter on documenting the Carpenters' musical legacy in his new book (yahoo.com)

More on the new Carpenters biography:

Seems like everybody got their copies of the book this past week … I’m just a slower reader than the rest of them!  (lol)  Truth is, between all of my daily commitments, I have SO little reading time, so I have to take advantage whenever I can … let's face it ... if I’m reading that, then I’m not writing this!!!

I guess I spoke too soon the other day about Richard glossing over his and Karen’s demons … because he finally addresses his Quaaludes addition (on page 201!!!) and Chapter 8 (all of two pages) is devoted to Karen’s eating disorder.  I have also since heard Richard say that he did not want this to become “another anorexia book” … because that’s what had been hitting the market ever since Karen died.  But once the book was underway, he also reportedly told co-authors Chris May and Mike Cidoni Lennox that he wanted to devote more time to discussing it, feeling it wouldn’t be fair to all the Carpenters fans out there if they pretended like it never happened.

As such, this makes it much more of a “Recorded History” book as I mentioned earlier … but still delightfully entertaining thanks to Richard’s engaging demeanor during the interview segments.  (This hasn’t always been the case with Richard … and my initial fear going in was that with Richard having this much input into the final product … over 100 hours of interviews were conducted … we would be getting a very distorted view of their story … Carpenter has never had a problem accepting the lion’s share of the credit for the duo’s success … but this simply isn’t the case this time around ... so it was quite enjoyable to read ... and I really do believe the siblings deserve a "shared credit" for their success, thanks to Richard choosing and arranging the lion's share of the material they recorded.  He knew EXACTLY what The Carpenters' sound was ... and how to best showcase it.)

His memory is impeccable and whenever he does have any doubt, he is able to refer to his EXTENSIVE library of clippings for more details.

I am thoroughly enjoying the book and think it will become the definitive research guide moving forward for all things Carpenters-related.  (kk)

To my Oldies champions,

I’m delighted to let you know that Happy Go Lucky Me - a Lifetime of Music has been released in America and is now available on Amazon and in most bookstores.

To celebrate, I’m attaching a copy of my song, “Half Man - Half Music.”

The song is a reflection of the way I felt during my most productive songwriting years.

And from The Diversity of Classic Rock’s review:

“His approach to writing is one that is conversational, like he’s talking to you over a cup of coffee or tea.”

Enjoy a cup of coffee or tea with me,

And, more praise for a book I just finished …

Over the last several months there seems to have been a lot of TV trivia on the site that I have a hard time relating to as I did not have a TV when I was a kid. My parents felt that a TV was unnecessary. I did, however, win the school year and summer book reading contests every year in school. So, when I saw your recommendation on Hollywood Eden, I jumped on it and ordered it on my Kindle.

This has got to be one of the most enjoyable books I have read recently and provided a lot of insightful information on the individuals and recording entities that produced the early California sound. I especially like to read about The TAMI show, which I was fortunate enough to see when it was released.

They only had one showing on a Saturday morning at 11:00 am at the local State Theater. Very few people actually saw the show and for years I kept telling people about it, but there was no information on it, as if it never existed.

You are correct … I would highly recommend the book. What a good read.

A seamless addition to the story as Jan and Dean performed Sidewalk Surfing on American Bandstand in 1964. I was at a friend’s house watching it as, I did not have a TV at my house. We saw them skateboarding on the show. We were determined to get a skateboard, but they were not available in the Midwest.

We went down in my friend’s basement and found an old pair of metal skates that you strapped to the bottom of your shoes. The only tool we had was a hammer and the skates were not held together with bolts, only rivets. We literally beat the hell out of those skates until the wheels and axles fell off. We then cut a 16” to 20” end off of a 2 x 4 with a hand saw and nailed the wheels to the bottom with 8 penny nails. 16 penny would have gone through the wood.

My friend lived at the top of one of the steepest hills in the neighborhood. We took our new skateboard outside, but it had snowed the night before and there was about 8” of snow on the sidewalk. We shoveled the entire block down to the bottom of the hill. We then attempted to skateboard or kill ourselves depending on how you look at it. You would wipe out at almost every crack and then you had to land in the snow so you did not hit the concrete. I think after several hours we made it 3/4 of the way down. None of us ever had a “store bought” skateboard.

Told through both new and familiar voices, the Kuberniks present a fresh account of his legendary life and time. A standout classic.

In an interview with Best Classic Bands, Producer Jack Douglas says that there is still a considerable amount of music left from John Lennon’s “Double Fantasy” sessions that has never seen the light of day … including him playing around with some Beatles songs in the studio.

With all the commemorative box sets being released (this LP celebrated its 41st anniversary last Wednesday), might a new deluxe edition be in the offering for its 50th?

BEST CLASSIC BANDS:  So, there’s nothing else that might come out of those sessions?

JACK DOUGLAS:  There’s plenty of other material bouncing around. Some people have heard it, other things no one’s ever heard. There’s a lot of material from the Double Fantasy sessions, a ton of things — nothing really complete. A lot of jams, a lot of Beatles songs. That’s all up to Yoko, what she wants to do with it. As it gets later and later in her life, I’m doubting [anything will come out]. I keep asking — she and I are in touch all the time — and I keep asking if we can go back to the [Nov. 28, 1974] Madison Square Garden concert and dig into that thing and make it work. It was released, but doesn’t sound all that good. There’s a lot of footage that wasn’t used. There’s all kinds of gems there that fans would love. It’s an important statement, that concert, and she’s like, “Let’s do it next year, let’s do it next year.”

For example, long-standing US best sellers like Fleetwood Mac’s “Rumours” and “Bridge Over Troubled Water” fall outside The Top Ten … while “The Eagles’ Greatest Hits,” recognized as the Biggest-Selling Album of All Time, doesn’t even make The Top 50!

Meanwhile, albums by The Spice Girls, Shania Twain and Amy Winehouse are represented.

It is Queen (and not The Beatles) who book-end The Top Ten … and Adele and Oasis place ahead of Michael Jackson’s “Thriller” and Pink Floyd’s “Dark Side Of The Moon” on the countdown.

The Top Ten are as follows:

7) Pink Floyd – The Dark Side of the Moon

You can view the complete list of The Top 60 here:

The best-selling albums of all time on the Official UK Chart (officialcharts.com)

And long-forgotten tracks recorded by Aerosmith in 1971 (a couple of years before their big breakthrough) will be packaged for a Record Store Day vinyl compilation.

Springsteen’s concert will span two CD’s and include:

He was just one of the big name rock acts to perform over two nights on September 21st and 22nd of 1979.  The concerts were organized by Jackson Browne, Graham Nash, Bonnie Raitt and John Hall, who also performed, along with James Taylor, The Doobie Brothers and Carly Simon.

The Aerosmith LP (which is also being released on cassette!) will be called “The Road Starts Hear” and features several tracks that the band would later rerecord when signed to Columbia Records a couple of years later … 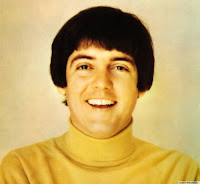 Keith was the Paul McCartney look-alike from “Where The Action Is” and was a sometimes member of Paul Revere and the Raiders.  He also toured with Dolenz, Jones, Boyce and Hart for their "The Guys That Sang 'Em and The Guys That Wrote 'Em" tour ... and again with The Monkees, when they regrouped to tour after MTV jumpstarted their career in the ‘80’s by airing every episode of their television series.

Over the years, Keith also recorded with Tommy Roe, Johnny Rivers, Al Kooper and several others.  In 1967, he even recorded his own solo album, produced by Gary Usher.  (kk)

And a couple of quick thanks ... 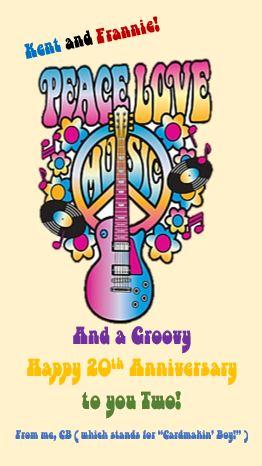 Being old isn't so bad.

After all, didn't you two meet in an Oldies Chatroom?

‘Tis true, ya know.  A love of oldies music grew to a love for each other.  (And I’ve gotta tell you, I used to really kick ass in that oldies chatroom!!!  Lol)  kk