"God Only Knows: The Story of Brian Wilson, The Beach Boys and The California Myth" ...

And I come across a notation that I was most certainly familiar with ...

But had absolutely NO idea just how HUGE of a deal it really was ...

At the time ... or at ANY time prior to right now!

I've told the story several times before how my oldest daughter Nicki was a HUGE Beach Boys fan by the age of two.  Seriously, she listened to their music constantly ... knew all the words to all the hit songs ... their music just made her happy and feel good.  She was probably the youngest member of their official fan club ... and even had a Beach Boys bumper sticker on the back of her tricycle!!!

I took her to her first concert ever ... The Beach Boys and Chicago ... when she was just four years old and we sat in the second row, front and center ... and both bands played to her all night long.  It was a moment you just never forget ... and she remains a Beach Boys fan to this day ... saw their 50th Anniversary Show (which WE didn't even get to see!) ... and now has two kids of her own who are up and dancing every time "Barbara Ann" comes on.  Our familial love of The Beach Boys truly has come full cycle. 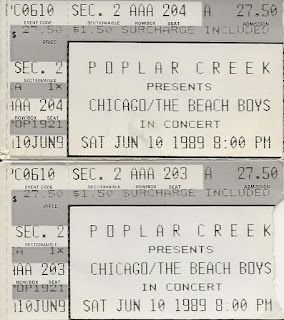 Well, as a Beach Boys fan (speaking for both of us here), I naturally rushed out and bought her the California Dream Barbie Doll that came out in 1987, which included a blue flexi-disc of a brand new (and honestly, pretty awful) Beach Boys song called "Living Doll."  (If I'm not mistaken, the song writing credit was shared by Brian Wilson and his controversial "doctor" at the time, Eugene Landy.)

One listen to the tune and it is immediately obvious that this is most definitely a Brian Wilson record and not a new Beach Boys song  ...

In fact, I'd be surprised if ANY of the other Beach Boys were involved with it at all (although they still got credit for the recording ... but then again there are those who will argue that Brian Wilson always WAS The Beach Boys anyway!)

Brian was in the process of relaunching his career as a solo artist at the time ... and was still deeply under Landy's spell.  (You've really gotta wonder how much the good doctor made on this deal!)  So this presented a great opportunity to "safely" get some new music out into the marketplace.

And, quite honestly, Mattel was simply looking to cash in on the "brand name" and universal appeal of The Beach Boys ... so that's the way the deal was struck.  And let's face it ... Barbie had a pretty hearty following of her own!  Barbie ... California ... the beach ... and The Beach Boys ... the pairing truly was a match made in heaven. 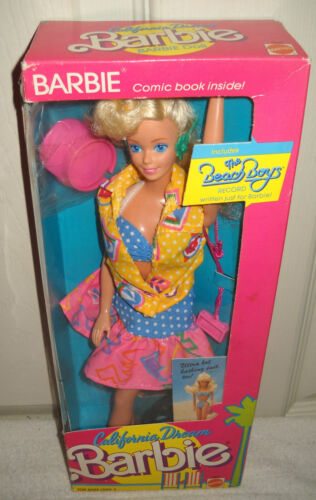 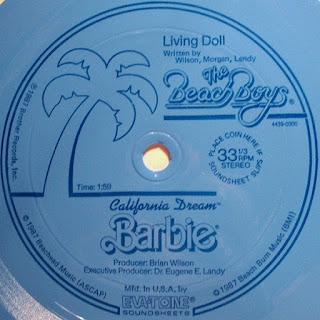 I didn't think much of it at the time ... although I DID think that the flexi-disc might become a valuable collectible item at a later date.  (I mean, seriously ... how many copies of this "record" were they really gonna sell ... so it might be worth hanging on to.)

By now, California Dream Barbie and all her accessories are long gone ... but I still have the Beach Boys single in my record collection.

Then I read this in David Leaf's new book ...

"I have to mention a seemingly inconsequential moment in Beach Boys history because of what it portended.  Tom Wszalek, a dear old friend's husband, worked for Mattel.  Like The Beach Boys, the toy company was founded in Hawthorne.  He asked me to put him in touch with Beach Boys management.

"The result?  A single was recorded that was included in the package with the 'California Barbie' doll.

"Three million dolls were sold out, sort of making it The Beach Boys' biggest single ever.  Barbie was, in the words of the song, a 'Living Doll:' indeed, a 'California dream.'  I got a pseudo-gold record award for it.  Songwriting credits on 'Living Doll' foreshadowed what was to come:  it was written by Wilson / Landy / Morgan.  Alexandra Morgan was Dr. Landy's constant companion."

Think about that for a second ...

A song that never got played on the radio ... and wasn't "technically" commercially available to buy as a single ... is the biggest selling Beach Boys record in history!  "Good Vibrations" and "Kokomo" were both #1 records and sold in excess of two million copies each ... according to Joel Whitburn's "Top Pop Hits" book, The Beach Boys only had one other "official" million selling single ... and that was their first #1 Hit, "I Get Around," in 1964.  Whitburn also lists six other titles as "non-certified" million sellers, meaning they each sold a million copies over a period of time, but never received gold records upon their original release.  These include Surfin' USA" (1963), "Fun Fun Fun" (1964), "Help Me, Rhonda" (1965), "California Girls" (1965), "Barbara Ann" (1966) and "Sloop John B" (1966)

To think that "Living Doll" / "California Dream Barbie" outsold ALL of these rock and roll classics is nothing short of incredible ... especially since nobody ever actually heard or went out to buy the record!!!  (Trust me, it wasn't this new Beach Boys tune that sold 3+ million Barbie dolls!)

For the unenlightened, here's what you've been missing ...

Listen at your own risk ... because it truly is a pretty awful tune!!! (lol)

A year later, The Beach Boys would be back up on top of the world with their comeback hit "Kokomo" ... giving them a 22 year span between #1 Records, yet another incredible career achievement ... and something that Mike Love is ESPECIALLY proud of, considering the fact that Brian Wilson had absolutely nothing to do with this recording, proving once and for all (I guess) that The Beach Boys COULD have #1 hit records on their own without him ... they just needed an extra 22 years to do so!  (lol)

FOOTNOTE:  Many years later, I was able to introduce Nicki and her husband Jeff to Brian Wilson backstage at a show he did at The Arcada Theatre. 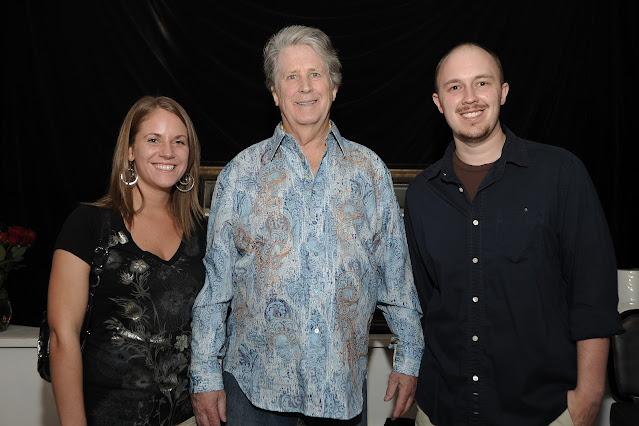