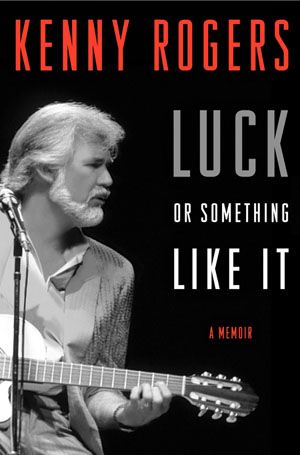 It's a GREAT read ... very entertaining. Rather than your typical chronological "just the facts" accounting of Kenny's life, this book has a real down-home feel to it, filled with tons of home-spun country charm and life-changing anecdotes.

Sadly, the woman who convinced Kenny to finally put his life down on paper passed away before the book ever made it to print ... but I'd still like to extend a very special "thank you" to Patsi Bale Cox for allowing her vision to be shared with the rest of us ... we are all better off because of it.

In an opening "Author's Note", Kenny tells us:

I would like to offer a special thanks to my friend, Patsi Bale Cox. Without her, this autobiography never would have happened. I had been asked to do a book for at least twenty years, and it was never something I had any interest in doing, for lot of reasons.

After being persuaded to meet with Patsi for lunch, I found myself discussing and laughing about moments of my life that I hadn't thought about for years. In that moment, two things happened: I agreed to write the book and I made a new friend. Both were exciting.

Somewhere in the middle of our journey together, Patsi was diagnosed with a form of lung cancer. I think she knew in her heart it wasn't going to end well. Instead of stopping and feeling sorry for herself, she committed herself to the completion of my story.

There were times when she couldn't type or talk on the phone and when she could barely breathe, but she tried. She worked as hard as she could to live up to her responsibility to me and the publishers, but this disease shows no favorites. On November 6, 2011, the disease won the battle. She had fought it with all she had ... and lost.

Kenny finished the task himself and the end result is an interesting and entertaining read. What a long career this man has had ... first as a solo artist in the late '50's, then as part of the jazz-inspired Bobby Doyle Three, then as a member of the vocal ensemble group The New Christy Minstrels, branching off to his first round of mega-success with The First Edition in the late '60's ... and then full circle to an absolutely AMAZING solo career stretching from the late '70's through today. (Kenny's solo career in the late '70's and early '80's propelled him out of this stratosphere ... there aren't many artist who have achieved the level of worldwide success and acclaim that Kenny Rogers did during this era.)

In addition to the nostalgic look back, the book is incredibly current, too.  One of the last chapters talks about filming his 50th Anniversary television special, which we just watched a few weeks ago.  (Catch it if you can ... it's a great program, typically run in conjunction with a Kenny Rogers profile called "Back Story", which includes numerous stories related in Kenny's new book.  Check your local cable listings under the GAC Network.)  It truly represents "Kenny Rogers ... The Whole Story ... Up To Date" ... through five marriages, his children (including his twins with current wife Wanda) ... from growing up a poor country boy to living a life of grand excess during the golden money years ... heck, he even talks about his phone sex scandal!  All in all, a GREAT and entertaining read ... highly recommended!

Several years ago I wrote a piece for the Forgotten Hits Newsletter spotlighting Kenny's career with The First Edition. Quite honestly, the years before that, while Kenny was building a career were certainly interesting but, by comparison, rather uneventful ... and the years AFTER The First Edition are so well documented and familiar ... that I figured I'd concentrate on the era where I first came to know Kenny Rogers' music. (And, I was, after all, publishing at that time as The60sShop ... so, all in all, this made perfect sense!)

This week in Forgotten Hits we're going to do our best to resurrect that series, throwing in a few new tidbits of information gleaned from Kenny's new book "Luck Or Something Like It". We hope you enjoy our little tribute to Kenny Rogers And The First Edition. (kk) 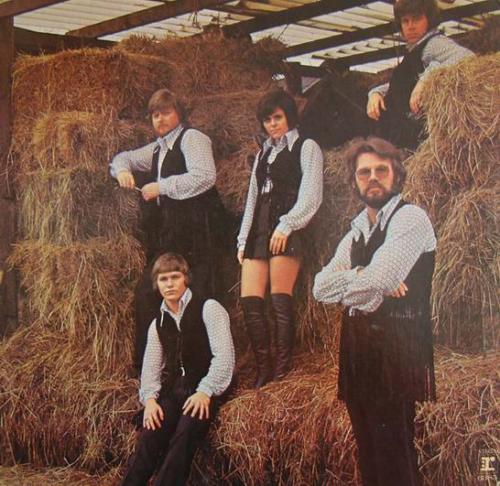