The Green Bay Packers defeat The Kansas City Chiefs by a score of 35 - 10 in the first AFL - NFL World Championship game, held at The Los Angeles Memorial Coliseum.

Although this is the way the game was billed at the time, we have since come to know this pairing as The Super Bowl … and despite plenty of discussion to the contrary, TV Guide was already running ads for the big game and referring to it in this way back in 1967, too … so those "in the know" were well aware of the "official" title.  (For weeks the networks had been referring to it as "Super Sunday" … truth be told, NFL Commissioner Pete Rozelle didn't think "Super Bowl" was a "classy-enough name" for this showdown.)

The game was covered by both CBS and NBC as, at the time, CBS was the official NFL Network Carrier and NBC broadcast the AFL games.  The Packers ultimately won the game 35 -10, shutting down The Chiefs 21 points to 0 in the second half. 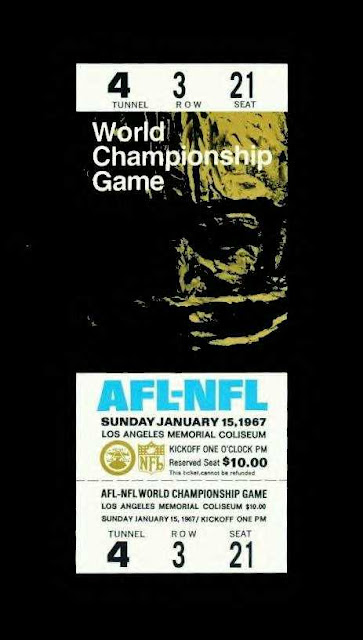 Tonight on The Ed Sullivan Show we had two comedians (Allan Sherman and Alan King) and two remnants from The British Invasion of a few years before, Petula Clark and The Rolling Stones.

And yes, THIS is the night when The Rolling Stones changed the lyrics to their latest record to "Let's Spend Some TIME Together" at the request of Mr. Sullivan (although Mick Jagger clearly let the audience know what he thought of this mandate by rolling his eyes for the camera when he first sang the altered lyric.)  They also performed the A-Side of the record, "Ruby Tuesday".

For the record, Petula Clark performed her latest hit "Color My World" as well as Bob Lind's "Elusive Butterfly".

Meanwhile, Chicago's Buckinghams, now signed to Columbia Records, begin recording "Don't You Care" in New York.  It will peak at #5 nationally later this year (and top the chart here in Chicago!)

The Monkees perform at Public Hall in Cleveland, Ohio.

Number One again at the Box Office this week is The Sand Pebbles. 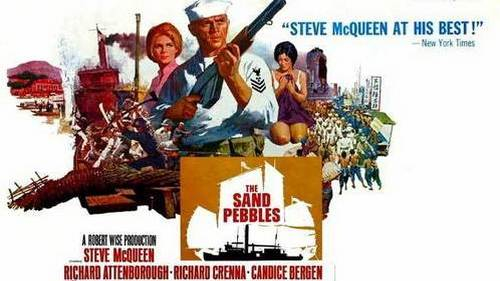 You can own ALL of The Rolling Stones' appearance on The Ed Sullivan Show on DVD:  http://www.edsullivan.com/products-page/most-popular/the-6-ed-sullivan-shows-starring-the-rolling-stones/

Check out our Ed Sullivan Tribute Page here (featuring comments from many of the artists who appeared on Ed's program)
http://forgottenhits.com/forgotten_hits_remembers_the_ed_sullivan_show__from_both_sides_of_the_screen

As well as our interview with Andrew Solt, who owns all of these television programs and licenses them out for commercial use ... he has also put together some INCREDIBLY great collections available for purchase for home viewing (through the edsullivan.com link above)
http://forgottenhits.com/forgotten_hits_interviews_andrew_solt
Posted by Kent Kotal at 6:00 AM