Tommy James holds on to the #1 spot this week with "Crimson And Clover" ... but it looks like The Doors are nipping at his heels with their latest, "Touch Me," which climbs from #8 to #2.

Meanwhile, The Brooklyn Bridge make a big leap into The Top Ten this week with "The Worst That Could Happen," which climbs from #12 to #4.  Sly and the Family Stone have a hot one on their hands, too, as "Everyday People" jumps eight spots from #21 to #13.  And Detroit Rocker Bob Seger debuts with his first Chicagoland chart hit, "Ramblin' Gamblin' Man," a record that will ultimately go to #2 here in Chi-Town.

January 15th – After missing several recording sessions, George Harrison agrees to meet with the other Beatles at Ringo Starr’s house to discuss his return to the band.  George agrees to return provided Paul gives up his idea of staging a live show and they move the filming for the rest of the “Let It Be” film to The Beatles’ own studio at 3 Saville Road.

January 19th - Gary Puckett and the Union Gap perform "Don't Make Promises" and "By The Time I Get To Phoenix" on The Ed Sullivan Show. 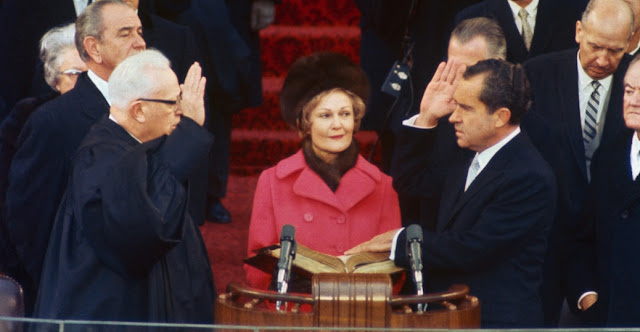 Also on this date, Elvis Presley records “In The Ghetto” in Memphis.  Written by Mac Davis, there was quite a bit of discussion as to whether or not Elvis should record a song regarding social consciousness.  (Believe it or not, the original plan was to have football great Roosevelt Grier record the tune!)  All fears were dispelled, however, when "In The Ghetto" topped the pop charts in both Cash Box and Record World.  (It peaked at #3 in Billboard.)
Posted by Kent Kotal at 6:00 AM