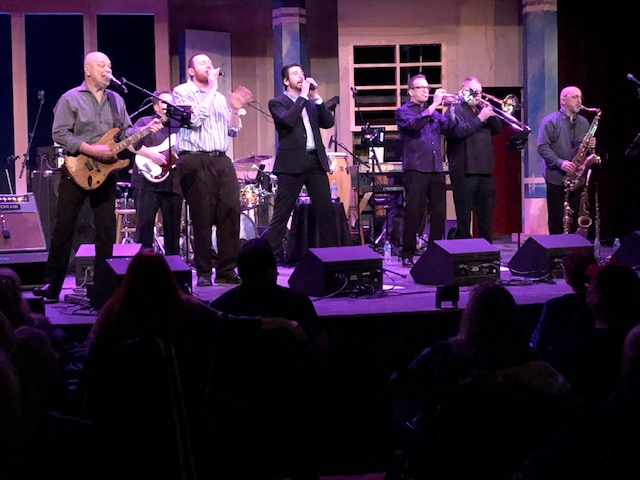 In a word:  OUTSTANDING!

I have raved about these guys before ... going so far as to say they sound better live in concert than Chicago themselves ...

And they proved me right again Friday Night (January 25th) at The Metropolis Performing Arts Centre in Arlington Heights, IL.

Playing to a sold out house, they performed the second Chicago album (Chicago II) in its entirety, start to finish as their first set ... producing letter-perfect renditions of this landmark LP.  (And they didn't even have to change to Peter Cetera's new key to perform "25 Or 6 To 4"!!!)  Chicago did the same thing in concert a couple of years ago and it didn't come off anywhere near as exciting as this performance did ... simply amazing.

After a brief intermission, a second set concentrated on the hits ... including GREAT tracks like "Dialogue" (consistently one of their strongest live tracks), "Just You 'n' Me," "If You Leave Me Now" (Chicago's first #1 Record ... which, of course, I knew ... but nobody else in the audience guessed), "Questions 67 And 68," "Does Anybody Really Know What Time It Is," "Saturday In The Park," "Beginnings," "I'm A Man," "Happy Man," the truly Forgotten Hit "Free" and "Hard To Say I'm Sorry" / "Getaway".

Now some cynics out there will criticize that this is "just a cover band" ... but The Chicago Experience is far more than that ... I would better define it as "The Ultimate Tribute" to an artist that revolutionized the music scene in the 1970's and '80's.

Between lead vocalists Brian Hemstock (covering the Peter Cetera vocals) and Jeff Anthony (who nails every Terry Kath growl with both the utmost precision and respect), they do a far better job of representing the Chicago sound we all know and love than anything the real band has put up on stage in over twenty years.  This is because they go out of their way to energetically present a loving tribute to that sound and work extremely hard to present it to their audience flawlessly in a live concert setting.  And let me assure you, they achieve this goal in every aspect.

Guitarist and Musical Director Ron Brandt wails on guitar, reproducing many of Terry Kath's finest licks in perfect fashion (while throwing in a few of his own for good measure.)  He also contributes both lead and backing vocals throughout their performance ... and is genuinely humbled by and appreciative of all the accolades the band has been receiving over the years. 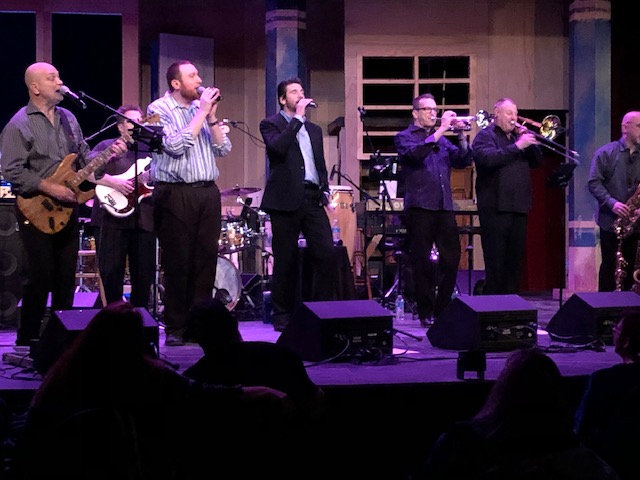 And don't underestimate the contribution of bassist Tim Rutter for a minute ... besides providing a flawless bottom end (on some extremely difficult and complicated pieces), he, too, takes center stage for a couple of amazing lead vocals.

A quick shout out, too, to Adam Cowger on drums and Paul Wood on keyboards ... both of whom fill their respective roles in fine fashion.  (And I would be remiss not to  acknowledge their sound man, who mixed the sound PERFECTLY ... one of the best, most balanced shows we've ever seen.  I will admit that I had some concerns about how over-powering things might be for a nine-piece band to be performing in what can best be described as a relatively small theater ... but you couldn't have asked for a more balanced blend of perfect sound.)

And last but certainly not least, the AMAZING Chicago Experience Horn Section ...

Add your own superlative here ... it just doesn't get any better than the incredibly talented multi-instrumentalist Jim Massoth on a variety of saxes, oboe and flute, Steve Frost on trumpet and Terry Viano on trombone, all of whom capture the very essence of the Chicago sound ... and then kick it up another notch thanks to the energy and performance level of a live show.

It just doesn't get any better than this. 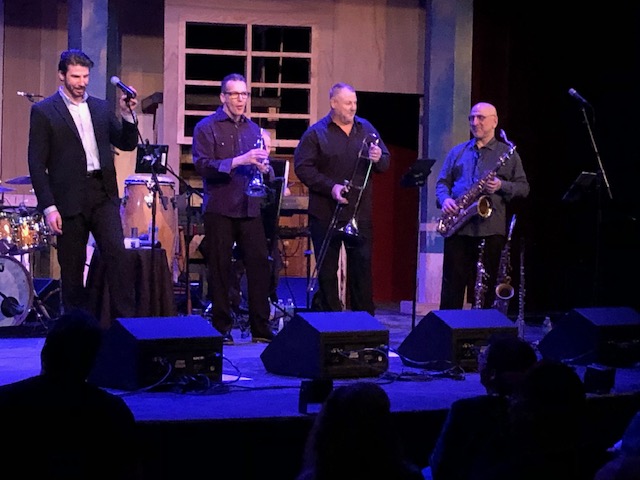 Not forgetting that the band Chicago in their early days was forced to present both Peter Cetera and Terry Kath singing live while playing their respective instruments (in this case, bass and lead guitar), the very fact that The Chicago Experience is staffed in a way that allows the lead vocalists to concentrate solely on their vocals while Rutter and Brandt are afforded the same luxury to fully devote their full attention to exploring and executing their instruments, is exactly what elevates these guys above and beyond your typical tribute band.  You are hearing each singer and musician afforded the freedom to perform at their very best ... and I can attest that EVERY show I have ever seen them do can boast of this excellence live on stage. 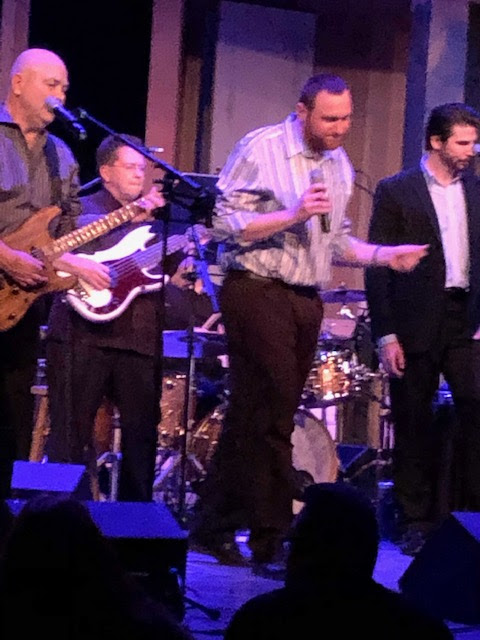 Five Stars ... check them out at their monthly gig at Venuti's in Addison ... and at some of these other upcoming dates (more shows added all the time ... so be sure to check the website before making any final plans)