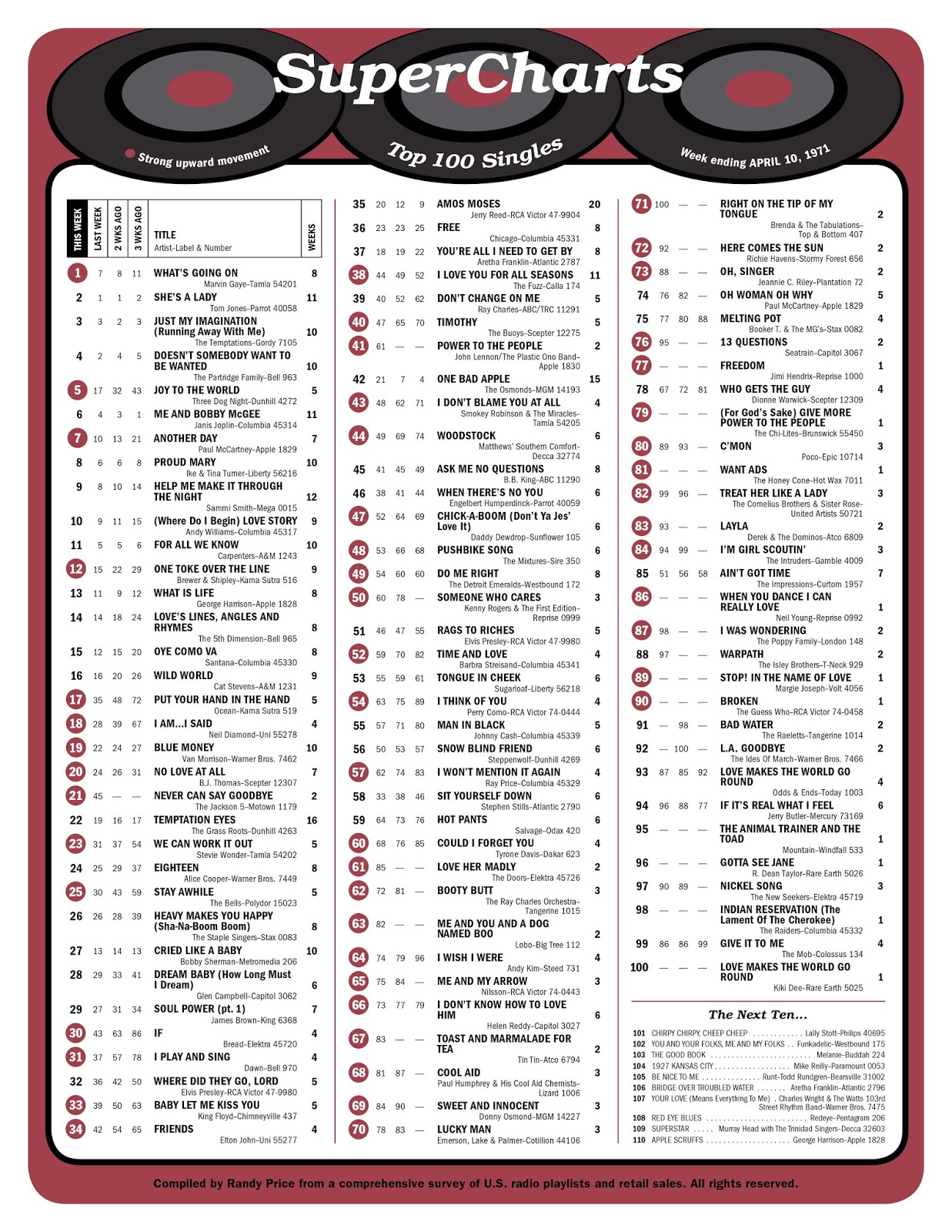 Marvin Gaye's musical statement addressing the times, "What's Going On," leaps all the way from #7 into the #1 spot.  Three Dog Night's "Joy To The World" continues to make huge strides up the chart, moving from #17 to #5 this week and "Put Your Hand In The Hand" by Ocean jumps up 18 places from #35 to #17.

The Jackson Five make an impressive move (from #45 to #21) in their second week on the chart while "If" by Bread climbs another 13 places to #30.

New On The Chart / Playing Favorites:
Paul Revere and the Raiders (billed this time simply as "The Raiders") are back on the chart this week, debuting at #98 with their version of "Indian Reservation."
The song was actually recorded as a Mark Lindsay single.  Mark had already hit The Top Ten earlier this year as a solo artists with "Arizona" ... and he hand-picked this remake as his next release ... but when Paul Revere heard the track, he begged Mark to release it instead as a Raiders single, promising to work the record himself to make it the comeback hit the band so badly needed at the time.
Lindsay relented and, true to his word, Revere hopped on his motorcycle and took the record from coast to coast, stopping at every major radio station along the way to sit with the disc jockeys and get the song played on the air.
It worked ... "Indian Reservation" became the bands only official #1 Hit and, as a result, a couple more follow-up releases also made The Top 40 before the band fell out of favor again.

April 5th – Chicago becomes the first American Rock Group to perform at Carnegie Hall.  Their six sold out shows were recorded and later released as a 4-Record album set entitled “Chicago At Carnegie Hall.”  After releasing three previous studio albums, all as 2-Record sets, Chicago’s live album becomes their third Top Five album in the U.S.  (For the record, The Beatles played Carnegie Hall on their first visit to America in 1964 … thus the “first American rock group” qualification)

April 6th – After her concert at The Troubadour Club in Los Angeles, Carly Simon is introduced to Troubadour regular James Taylor.  The couple would marry the following year … but split up in 1981.

Also on this date, The Rolling Stones released their first single on their brand new Rolling Stones Records label. “Brown Sugar” will go on to top the charts, their eighth official US #1 Record … and the world is introduced for the very first time to the infamous licking-tongue-and-lips logo (designed by John Pasche) that will become the band’s calling card for the next several decades to come. 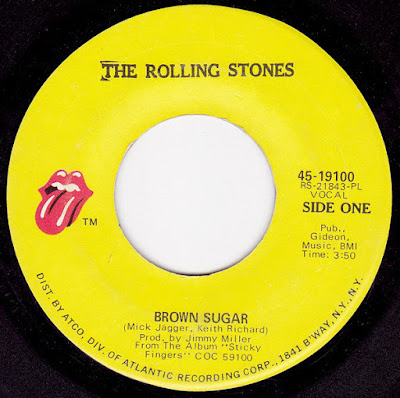 April 9th – Charles Manson is sentenced to death.  (The sentences for all California Death Row inmates would be commuted to life imprisonment the following year … and Manson would die in prison on November 19th, 2017.)

April 10th – Veterans Stadium opens in Philadelphia
Posted by Kent Kotal at 6:00 AM