The Forgotten Hits PHIL SPECTOR SERIES Has Now Been Posted! 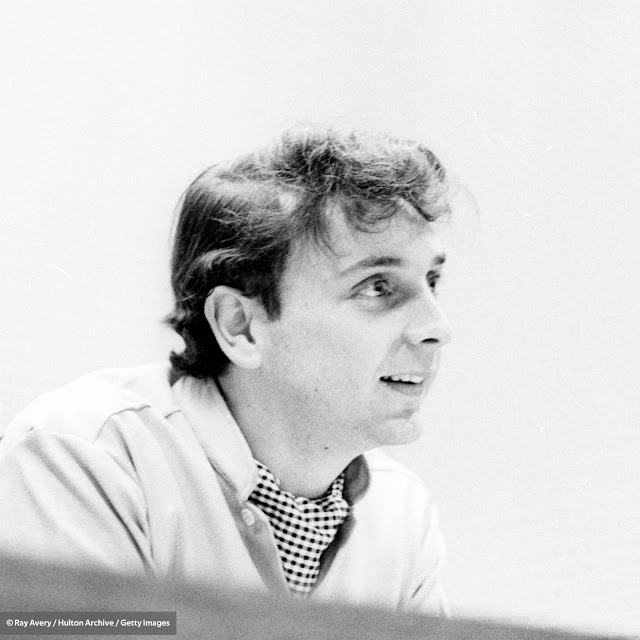 It has taken us a little bit longer than we expected ...

Allow yourself some time to thoroughly enjoy this one ...

We think it's about as complete a piece on Phil Spector's musical legacy as has ever been compiled.  (When Steve Knuettel, who did the lion's share of the heavy lifting on this one, and I decided to put this piece together back in 2006, it literally sat on the shelf or in various stages of development for nearly two years ... Spector was already on trial for the first time for the murder of Lana Clarkson.  We agreed to focus on the music ... and leave "the crazy" to the rest of the media to exploit.  By the time it aired its last chapter, Spector was found guilty of murder in his second trial.)

I won't say that this aspect of Phil's life never creeps in ... I mean, in all fairness, you can't just simply ignore it ... Spector was a maniac ...

But he was also a manic genius ... and we just chose to focus primarily on the music instead.

You will hear songs produced by Spector that you've likely never heard before (unless you followed our original series way back when), many of which have become priceless gems on the collectors' market, fetching mega-bucks if you're even lucky enough to ever find them.

Phil Spector died on January 16th, 2021.  His Wall Of Sound set a new standard for music production.  It eventually went on to make stars of the members of The Wrecking Crew, a group of crackerjack studio musicians who, behind the scenes, created the musical soundtrack to hundreds and hundreds of the biggest hit songs of the '60's.  He inspired everyone from Brian Wilson to Sonny Bono to The Righteous Brothers to pursue new heights of musical excellence.  In Spector's own mind, HE was the artist, regardless of whose name may have been on the label.  These were Phil Spector Productions and groups like The Ronettes, The Crystals and eventually even The Beatles (and John Lennon and George Harrison in particular) were just the vehicles who delivered the final product to the world's listening audience.

Take some time to enjoy and absorb this series ...

It's not going anywhere ... there's no need to rush ... just work your way through it at your own pace.

And then, please help to spread the word by telling other Phil Spector Fans about it.  (And, of course, feel free to comment along the way ... we'll be building a brand new comments page as we go!)

FROM OUR ORIGINAL PROMOTIONAL PIECE:

With the recent news of Phil Spector’s death (he died at the age of 81 on Saturday, January 16, 2021), we have decided to rerun and permanently post the series that FH Reader Steve Knuettel first put together for us back in 2008.

I first met Steve Knuettel back in 1999 at an Austin Record Collectors Show.  This was a few months before Forgotten Hits even started, at a time when many of us used to gather in the AOL Oldies Music Chat Room to play trivia and discuss our favorite songs and artists.

In 2006, Steve, an avid Phil Spector collector, approached me about writing a series on the man and his musical accomplishments for Forgotten Hits.  In 2008, this series finally happened.

By then, Spector’s name had been all over the news for the past few years as he was brought to trial for murder charges.  Prior to the launch of Steve’s series, all this fuss seemed to have ended with a mistrial.  (Little did we know at the time that a second suit would be forthcoming and, in fact, during the course of the series’ run, Spector would be found guilty of the murder actress and former girlfriend, Lana Clarkson.)

Steve’s reason for wanting to do the profile (beside the fact that he was personally a HUGE fan of Spector’s work and had an extensive collection of rarities that just didn’t exist for most collectors out there) was the fact that throughout the entire trial ordeal and all the press that surrounded it, little attention was paid to the music created by this production whiz-kid ... his selling point to me was that his profile would focus ONLY on the music.  (Isn't that what an oldies music newsletter like FORGOTTEN HITS is SUPPOSED to be about anyway?!?!?)

If you know somebody who's a big Phil Spector Fan, you’re going to want to let them know about the reposting of this series.  Even the most casual fan is sure to find some interesting reading here.  Along the way, you're also going to be exposed to Fun Phil Facts (say THAT ten times fast!) along with some VERY rare music, as well as all of the hits that made Spector not only a household name, but also the envy  of every other rock and roll record producer out there. (Phil has stated in the past that he invented the word "producer" ... that he was the first one to come along and approach making a record much like a director would approach making a film.  Every detail was well thought-out and planned in advance ... and then the right "voices," be they lyrical or musical, were assembled to achieve the magical result that he heard in his head.  He not only knew exactly what he wanted ... but also how to achieve it.)  kk

Here are a few words from STEVE himself about this Brand New PHIL SPECTOR Series:

When I set out on this project, I knew it was going to be a big undertaking judging from the over 500 records in my Spector collection. To try to keep the series a reasonable length, I have attempted to leave out personal opinions and stick to facts, so the reading may be a little dull. I have also omitted the usual Spector bashing information included in most of the books and articles written about him. I figured the reader can get that garbage by buying the books if interested enough. I tried to write this series from both a record collector’s and a regular music fan’s perspective. I also attempted to weave some thread of continuity to the underlying story of Phil’s life without creating a biography. I hope it does not become too tedious for the readers, but even if it does, the music will still be great.

There are hundreds of Phil Spector productions that most people have never heard or even heard of. Many of them are as good as the smash hits he released on Philles. There are nearly as many pre- and post- Philles productions. Some are incredibly wonderful and some incredibly abysmal. Picking which songs to present was very difficult. I tried to pick the most interesting and make the series as educational as possible. I am sure many readers will wonder why I didn’t focus on the biggest hits and featured so many obscure releases instead. It was intentional. I did want to educate as well as entertain. Although I have not revealed anything new or earth shattering in the series, I hope even the serious Spector collectors on the FH list will learn something. There are other serious Spector fans on the FH list, right?

There are hundreds of different international releases of Spector’s work. For this series, I only focused on U.S. releases with the exception of the Phil Spector International segment – those albums have generally become available in the U.S. with some tracks also available on the Phil Spector Back To Mono CD (and LP) set. In general, I have ignored CD releases for this series with only a few comments in the Loose Ends segment.

I divided the series into twelve parts trying to keep the individual installments from being too long and covering too many songs. Each installment concentrates on a different “period” of Phil’s work and highlights approximately 15 - 20 songs from that period. I selected only five to present for each segment. Needless to say, I slighted many songs that I personally think are outstanding – some of my all-time favorites.  I tried to focus on the songs that rarely get airplay and those that are extremely rare and probably have not been heard by most readers. I did include two non-Spector produced songs that I think are important – the Ronettes “I Can Hear Music” and Bonnie & The Treasures “Home Of The Brave.” (Who is to say that these really are not Spector productions? Certainly they never would have existed without Phil.) I also added a thirteenth segment based on Kent’s suggestion and even left it open to add a few more of your favorites. The individual segments are written based on the assumption that you will send out the songs I listed as “Today’s Songs”. Rewrites are in order if you decide not to do that. I think you will stick to my recommendations after reading the entire series.

I hope readers don’t get too disinterested in the non-Philles material or bored with the familiar Philles material. I also hope they do not get overwhelmed with all of this Spector material at one time. I guess the “COMMENTS” feedback will let us know that.

Here’s hoping at least some will find it enjoyable and maybe learn something. I hope the readers gain an appreciation for Phil’s work and contribution to Rock & Roll rather than an opinion that he is the reclusive crazy gun totting egocentric murderous kook that tabloids portray.

Part of my contribution here was editing in more of the "hit" / "known" material to run in between your chapters ... my hope is that this will allow even the most casual fan the chance to find "Something For Everybody" to enjoy along the way.  (As such, your dozen chapters quickly grew to nearly twice that!  So as not to interrupt the continuity of your piece as originally intended, these "drop-ins" will be run as "Chapter Additions 'A', 'B', 'C', etc.) Add to this some of the extensive original comments we received after the series first ran and you’re in for a REAL treat … a tremendous amount of information and music are about to be shared ... and we'll also save you potentially THOUSANDS of dollars trying to track down copies of some of these songs for your own collection ... assuming you could even FIND some of them in the first place!!!

I know a lot of Forgotten Hits Readers knew Steve from his presence in the oldies community.  Sadly, he passed away several years ago and isn't available to enjoy and remember this remarkable series.  If anyone on the list is still in contact with any of the members of Steve's family, please let them know that we have reposted this piece in as much a tribute to Steve's work as to Phil Spector's.  We would love to hear from them.