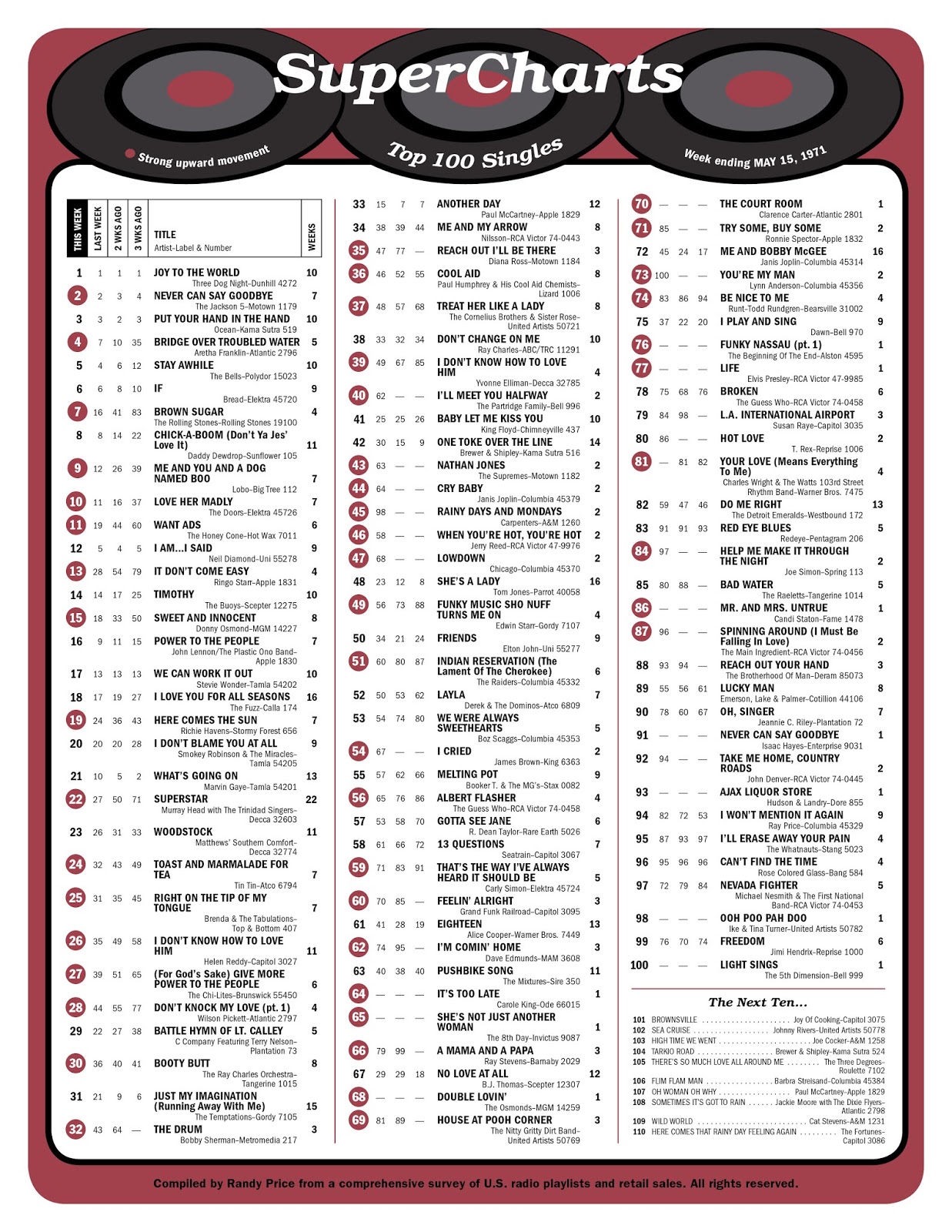 As of this week, Three Dog Night's "Joy To The World" has now spent exactly HALF of its time on the chart in the #1 position ... it enters its fifth week atop The Super Chart this week.  As such, it holds "Never Can Say Goodbye" and "Put Your Hand In The Hand" in their respective #2 and #3 positions.

Playing Favorites:
"It's Too Late" debuts at #64 for Carole King (not somebody you expect to see on the pop charts as anything other than a songwriter.)  This is one of the great classics of all time ... and certainly one of the biggest hits of the '70's.  It comes from her landmark album "Tapestry," still one of the biggest selling LPs of all time.

And just for fun's sake, how about "Ajax Liquor Store" by Hudson and Landry.  (Remember when a straight out comedy record could get played on your popular radio station?!?!)

This Week In 1971:
May 12th – Mick Jagger marries fashion model Bianca Perez Morena de Macias in St. Tropez, France.  Guests include the other members of The Rolling Stones, Paul McCartney, Ringo Starr, Eric Clapton, Stephen Stills and others.  Mick and Bianca Jagger became the celebrity “it” couple for the next several years … but separated in 1977. 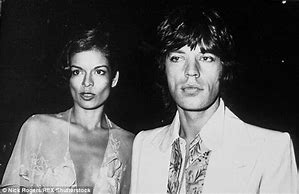 Also on this date, an earthquake in Turkey destroys most of the city of Burdur.

Also on this date … Stevie Wonder turned 21 years old and received his lifetime earnings to date … or so they said.
Although Stevie had earned $30 Million, he was only given $1 Million.  (What’s up with that???  Did they just think he wouldn’t see the difference?!?!)

May 15th – Pink Floyd perform at The Crystal Palace Bowl in front of a lake in London.  Their loud music reportedly kills several fish.  (And no, I did NOT make that up!)
Posted by Kent Kotal at 6:00 AM