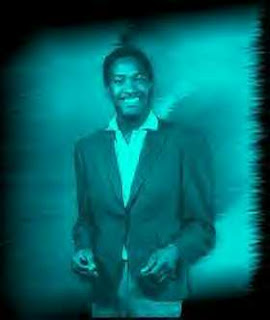 Back in 2003 / 2004, Forgotten Hits Reader Bob Benham (RockaBob66) approached me about doing a piece on Sam Cooke for our newsletter.

As I explained yesterday, I had already devoted about one hundred hours to what I had planned to be a month-long series on Sam's music, similiar in vein to the piece we had recently done on Bobby Darin.

Due to a serious computer crash, I lost EVERYTHING ... and I graciously accepted Bob's offer to run his piece in our newsletter.

The readers LOVED it ... as well they should. It's a VERY well done portrait of one of pop music's greatest artists.

With Bob's permission, we're re-running his piece in its entirety today as part of our very special Sam Cooke Weekend.

Enjoy!
***
SAM COOKE. A man with a singing voice and vocal delivery smooth as silk, oozing with soul, the epitome of cool -- sincere. I don't know that much about his all too-brief career -- yet -- so I'll begin writing this from a fan's perspective. Methinks I'll be a much bigger fan after I've contributed this little piece ...
I have one Sam Cooke record, an LP: The BEST Of SAM COOKE on RCA -- 12 songs. But I know the man did so much more -- he was a noted gospel singer long before he crossed over to Pop in 1957. A Change Is Gonna Come is my favorite Sam Cooke song. Released after his untimely death, his former gospel greatness with the Soul Stirrers is evident in this classic song -- it's spine-tingling. To get myself more into a Sam Cooke groove (and for inspiration) I've been listening to all kinds of Sam Cooke tracks lately,
including many more great songs not found on the aforementioned album. I have not heard most of these before, but will listen to them all when all is said and sung. The man could sing and had style to burn, and an LP of 12 songs just doesn't do him justice. I've still heard none of his 50's gospel recordings with the Soul Stirrers -- not yet, that is. I think I'm in for a treat. I don't recall when I was first captivated by Sam Cooke's voice and soul -- I'd heard his better-known Pop songs, but didn't get the aforementioned album until 1981 or thereabouts. That voice. Sam didn't just sing, he wailed. I read a little about the man in The Rolling Stone Illustrated History Of Rock & Roll and learned he was a renowned gospel singer before crossing over to Pop. I read of the circumstances surrounding his untimely death in 1964 and how a near riot ensued at his wake. That's about the extent of my knowledge of Sam Cooke -- that knowledge is about to grow ...
"The best singer who ever lived, no contest."
-- Jerry Wexler, co-founder of Atlantic Records
A- whoaa-ooah-a-whooah ...
-- Sam Cooke
He successfully synthesized a blend of gospel music and secular themes, providing the early foundation of the music that later came to be known as 'Soul'. Cooke's pure, clear vocals were widely imitated, and his suave, sophisticated image set the style of soul crooners for the next decade. He was born Sam Cook (he later added the 'e' to his surname), the son of a Baptist minister in Clarksdale, Mississippi -- the heart of the Delta Blues -- on January 22, 1931. He had four brothers and three sisters. The Cook family moved to the South side of Chicago in 1933, where his father became a minister in the Church of Christ Holiness Church. Sam started singing in the Church choir as a child.
Encouraged by his father during his formative years, Sam and several of his siblings performed as a gospel group called The Singing Children. By the time he was a teenager, he had achieved significant success within the gospel community on the strength of his distinctive vocal style. At the age of 15, Sam became lead singer of the nationally famous Highway Q.C.'s (so named because their home base was the Highway Baptist Church) with his younger brother, L.C. Cook. It was here that they sang with all the leading gospel groups of the day when they passed through Chicago and where J.W. Alexander, tenor and manager of The Pilgrim Travelers, first saw the young Cooke. The Pilgrim Travelers were the second gospel group recorded by Specialty Records and Alexander soon became the label's chief gospel scout. In 1949 he brought the seminal gospel group The Soul Stirrers to Specialty Records after they'd recorded for Aladdin Records during the '40s. The Soul Stirrers were one of the top acts on the all night gospel circuit.

One of the things Bob and I wanted to do back when this piece first ran in Forgotten Hits in 2004 was to visit some of the Sam Cooke Landmarks that adorn the great city of Chicago. Sadly, we were never able to do so ... but Erik, if you're ever up for a weekend jaunt ... and are willing to act as our tour guide ... we would LOVE to see a part of the history that helped to shape the man. In fact, if there's an interest from some of our local readers ... and a willingness on Erik's part to head up this venture ... we'll see if we can't arrange some sort of a Sam Cooke Chicagoland Tour sometime this spring when the weather gets a little bit nicer! Stay tuned for more details. (kk)