Helping Out Our Readers

HELPING OUT OUR READERS:
Hey KK,
One of my listeners on The FLip Side sent me an email to ask if I recognized a song. It's not the normal "cheek to cheek" song by Fred Astaire. I don't have the record, so I'm hoping one of your forgotten hits members will recognize it. See below, and thanks!
Mr. C
I have been searching desperately for a song that was a flip-side of a 45 back in the early 60's (around 1962 or 63). The name of the song is "Cheek to Cheek" and the lyrics I remember are:
Cheek to cheek, I want to dance with you.
Arm in arm (or could be "hand in hand") Just like we used to do.
Day by day, (day for day?) There's no reason for this broken heart.
It was done by a girl group. I thought perhaps it was the flip side of "Tell Him" by The Exciters, but that's "Hard Way to Go" ... so now I'm stumped.
Can you help?
Thanks!
Sincerely,
Liz
Have at it, readers ... let's see what you can come up with! (kk)

Thanks to our FH Buddy Tom Diehl, we've got a number of Mystery Songs to share with you today from our last "Helping Out Our Readers" Page ...
>>>I have a long lost song I am searching for. It was in the Boston area in the late 50's early 60's. It was called 'The Montreal Express', about the cold weather blowing down from Canada to New England. It was used in commercials for the Boston Gas Company and / or local Oil Dealers to promote their heating solutions. (Charlie)
>>>I couldn't find a national chart listing for this one ... not even in my CHUM Chart Book. Anybody out there "North of the Border" able to shed some light on this one??? (kk)
I am sending Montreal Express by Dick Curless, which I believe is what you are looking for ... it was just a commercial, not an actual released single.
Tom


>>>There was a group from my N.E. PA area in the mid - to late 60's called Mel Wynn and the Rhythm Aces and later they called themselves The Mel Wynn Trend. They had a pretty big R & B hit with Stop Sign on Wand records, but the later Mercury releases never get heard. If you can dig up any 45's by them and play them, it would be great! (Len)
>>>We've got a heavy concentration of Philly Readers, so let's see what comes back on this one! (kk)
I don't have much by Mel Wynn but I'll send what I do have. I heard from his fiancee a few years ago when I tried to find Mel to cut a promo for me but she informed me Mel had recently had a stroke and was unable to speak ... I hope he's at least doing a little better by now.
Tom

>>>I recall a few issues back the mention of "The Jordan Brothers". I had forgotten to ask you about another Jordan Brothers band from out in the southwest back in the late 60's. They were fronted by a cat named Little Stevie Jordan who was a monster player. The Jordan Brothers had a big hit called "Aint No Big Thing" which I can't find anywhere. Maybe your master collector would have it in his archives. It was a real good record and can only be found on some of the compilations dedicated to the Latino cruising scene. Those versions are done by others and not the Original Jordan Brothers. (Alex Valdez)
>>>Let's run it up the Forgotten Hits Flagpole and see what comes back! (kk)
Wow! I found the Jordan Brothers tune, not great fidelity but it's available, at least.
Tom

A copy of this one was also submitted by SixtiesOldiesGuy Rich Grunke ... thanks, guys, for putting an end to Alex's long search. (kk)

I have been trying to find an email of Dick Dodd of The Standells. I have been having people search for me and I am unable to find anything on him either. I wanted to talk to him about my new book. (Hoss)
As for Dick Dodd, he is on Facebook (when YOU gonna join??) however he hasn't accepted my friend request yet ... you can pass this on to the person looking to make contact with him:
http://www.facebook.com/profile.php?id=1712287744&v=info
Tom

We've had an awful lot of mail lately regarding the song "Here Am I Broken-Hearted" ... particularly the Four J's version ... and we just received the original Johnnie Ray version from our FH Buddy John Madara:
Hi Kent ...
I hope things are good with you. I've always enjoyed the Four Js version of "Here Am I Brokenhearted" ... and the great version by Johnnie Ray with The Four Lads. Warm regards,
John


I have been trying to find info about the Hai Karate Sounds of Self Defense record. I have one in perfect condition and just don't know what to do with it. It always would make me laugh, and I know some of it by heart. Thing is, I have a Mad 'She Got a Nose Job' record, and two Archies cereal box records ... all on cardboard. Any suggestions on what would be a good way to put them to use or what to do with them? Thanks for any info ... even donating would be okay. AH
I still have a complete set of Monkees cereal box singles, too ... and we've featured a couple of the Archies' cardboard record photos in Forgotten Hits in the past. (By the way, I played the heck out of my Mad Magazine "It's A Gas" cardboard single, too as a kid ... and have even featured THAT one from time to time.)

I would think these would be considered quite collectible ... I doubt that too many kids held on to these over the years ... or that they didn't get damaged or torn, thrown out or left behind. Honestly, if you're looking to get rid of them, I think I'd list them on eBay and see what kind of offers you get. (You might want to check eBay first and see what similar items have been going for.) If not, I'm sure MANY of the collectors on our list would be interested ... including ME!!! (kk) 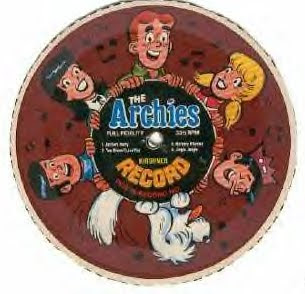 >>>Hey, here's one that digs deep ... Do you remember when Bob Hale opened his East of Midnight Show every night with a Ray Conniff piece? Any idea what the name of that song was? (Bill)
>>>A little before my time ... and WAY past my bedtime!!! (kk)
>>>Ray Conniff did have a minor hit called Midnight Lace back in 1960, but that would be too easy. (Jack)
I never heard back from Bill to see if this was the song he was looking for or not ... but I DID hear from Bob Hale!!! Sounds like we got it wrong ... here's the scoop ... and the tune! (kk)
Hi FORGOTTEN HITS!!!
"S'Wonderful"
I used at KRIB ... WMAY and WIRL ... for brief periods ... until Program Directors said Top 40 stations "don't use theme songs!"
I got by one week at WLS before PD, Sam Holman said at one staff meeting, "Hale ... we don't use theme songs ... can it!" So I canned it!
Bob Hale
PS: What a memory you have!!! I'll bet not one in a thiousand would recall that!
BH
We got some pretty amazing readers here, Bob! And Bill, here's your long-forgotten tune! (kk)

That's the one! If you pick it up from the 1:25 mark to the end, that's what was heard every weeknight at Midnight on WLS to kick off East of Midnight with Bob Hale.
I don't know if Ray Conniff planned it that way, but that closing segment comes in at just a hair under a minute.
It always amazed me how WLS used such MOR and Easy Listening type themes, what with Ray Conniff, the Anita Kerr Singers, etc., to present music by the Isley Brothers, Ray Charles and Don Gardner & Dee Dee Ford. I think it amazes me now more than it did at the time.
Thanks for sending. I'm sure you know about the live version on You Tube. Maybe I was the one that mentioned it.
==Bill
Click here: YouTube - Ray Conniff: 's Wonderful!
"S' Wonderful" was Conniff's first chart hit back in 1957. (It reached #73 in Billboard that year.) Ironically, Brian Wilson also covers this "Gershwin Tune" on his brand new "Reimagining Gershwin" CD, just released this week. Conniff's BIGGEST pop hit came nearly ten years later when "Somewhere My Love" (from "Dr. Zhivago") cracked The Top Ten. Chalk up one more mystery solved by The Forgotten Hits Team ... with special thanks to Bob Hale himself for providing the answer! (kk) 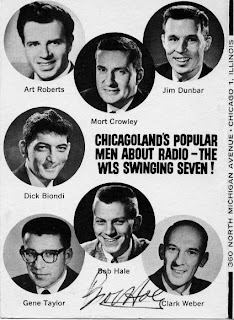 QUICKIE REVIEW: Speaking of Brian Wilson's new CD, I picked up a copy this week. One Sentence Review: For Die-Hard Fans Only. There's not much here that'll appeal to anybody else. That being said, the production and arranging of this material is quite outstanding ... and these are the kind of albums that seem to do well come Grammy time. I'm grateful that Brian is still recording ... and glad to see that he's gotten this tribute to The Gershwin Brothers off his chest. Now it's time to go back to crafting your OWN classic pop album. Clearly, the talent and the passion are still there ... channel that and see where it takes you. You've redone "Pet Sounds" ... you've completed "Smile" ... your homage to "Gershwin Tunes" is complete ... now treat us to something new and TOTALLY Brian.
BEST TRACKS: "I Got Plenty Of Nothin'", an killer instrumental that has Brian Wilson's stamp all over it. Sounding as though it could have been a "Pet Sounds" out-take, this one SCREAMS of Brian's influence. (A couple of other tracks incorporate a sort of Beach Boys feel to them in their arrangement, more so in the song openings than as an actual spirit ... some work, some don't. Hard to believe that the best track on the album is the one WITHOUT any singing ... Brian's whole legacy has been his amazing use and arrangement of vocals over the years!) A strong second would have to be "It Ain't Necessarily So", which follows this one on the album. You'll also find some fun bossa-nova tracks on here ... there just isn't ANYTHING that'll turn your head or appeal to a mass audience. For die-hards only??? Yeah, but most of 'em will love it! (kk) 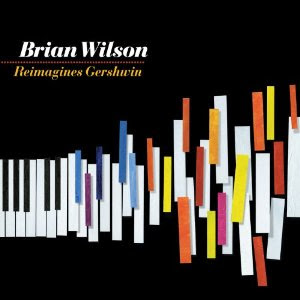 SPEAKING OF REVIEWS ... Be sure to join us TOMORROW IN FORGOTTEN HITS ... for a review of the brand new Micky Dolenz CD, "King For A Day", his tribute to the music of Carole King!