Kent,
The hands of fate take no prisoners. 11 months ago you and I hooked up at the Arcada Theater to see our pal Ray Graffia with The New Colony Six along with the irrepressible Paul Revere and the Raiders. Paul would leave us a short time later.
Meanwhile, Paul Revere's Raiders turned up at the Onesti Palace to bring forth the joy and musical joy that has made this legendary group so eternally fascinating. I DON'T mean to slight other band members, but this is on the square. The fulcrum, the driving force behind the 2015 group is former Buckinghams drummer, Tommy Scheckel. The kid is a drum kit powerhouse, a consummate showman in the mode of Keith Moon.  Kudos to the Raiders for covering hits by The Animals, Steppenwolf and The Monkees.
The Raider kick is still in place ... the music will always be a treat. However, make no mistake this is Tommy's baby.
3.5 stars ... a riveting slice of rock that defined my youth.
Chet Coppock,
Author: Buffone: Monster of the Midway

Going to see Paul Revere's Raiders nearly one year to the day after his final live appearance at The Arcada Theatre was a little bit haunting.  We had seen him there before several times and his rapid-fire banter was amongst the best in the business.  Yes, Paul was getting older but he lived to perform, no matter what health issues may have been thrown his way.  Knowing now how painful it must have been for him, especially near the end, Paul never let it show and every performance was executed with precision timing in an effort to make each and every audience member feel special and unique.  It worked ... and we often marveled at how a man his age managed to keep his wits about him and still come across so sharp and entertaining.
It's because he LOVED to perform, ladies and gentlemen and it showed ... each and every one of us felt the magic every time he stepped on stage.  And, just like he promised he would, he continued to do so to nearly his dying day.
At his request, The Raiders have carried on.  (Some of these musicians have stood by Paul's side for upwards of 35-40 years, playing some of the best loved music in rock and roll history ... and, thanks to a newly revamped song line-up, they managed to squeeze in nearly every single one of them Sunday Night at the Arcada.)
Making a list (and checking it twice) you'd be hard pressed to find a hit that wasn't featured Sunday Night, either as part of a medley or performed in full ...
LIKE LONG HAIR, LOUIE LOUIE, STEPPIN' OUT, JUST LIKE ME, KICKS, HUNGRY, THE GREAT AIRPLANE STRIKE, GOOD THING, UPS AND DOWN, HIM OR ME - WHAT'S IT GONNA BE, TOO MUCH TALK, DON'T TAKE IT SO HARD, MR. SUN MR. MOON, LET ME, INDIAN RESERVATION and BIRDS OF A FEATHER were all performed to the delight of their fans.  They also slipped in versions of "Steppin' Stone" (a song they actually cut BEFORE The Monkees), "For What It's Worth", "We Gotta Get Outta This Place" and "Born To Be Wild" along with snippets of "Whole Lotta Love" and "Were An American Band."
The video tribute to Paul Revere that kicked off the show showed an older Paul still in top form with his trademark banter ... and Ron Onesti's reading of his newspaper column acknowledging Paul's passing was touching and spot on.
Echoing Chet's sentiments above, I have got to say that while Tommy's drumming is certainly a show unto itself, I can't for a moment slight the other members of the band who've been cranking out these hits for multiple decades now:  Ron Foos, Doug Heath, Danny Krause, Jamie Revere and lead singer Darren Dowler, ALL of whom deserve a major nod, along with Chicago's own, Drummer Tommy Scheckel.  Every one of these guys has remained faithful to the music and the spirit OF that music that got them here and afforded them a life-time career of sharing their "feel good" music with their millions of fans around the globe.  (With that thought in mind, one quick word of advice to the guys ... don't over-compensate with volume ... it simply isn't necessary.  EVERY SINGLE ONE OF THESE SONGS stands alone on its own merit as both a cherished gem and a part of our cultural DNA ... allow the beauty of each tune to come through for all of us to savor and enjoy!  This show was LOUD!!! ... or, at the very least, louder than it needed to be.)
Long may The Raiders run ... their fans were out in force to hear this feel-good music one more time ... and there's no question that they delivered.  Catch them if you can.  (kk)
http://paulreveresraiders.com/ 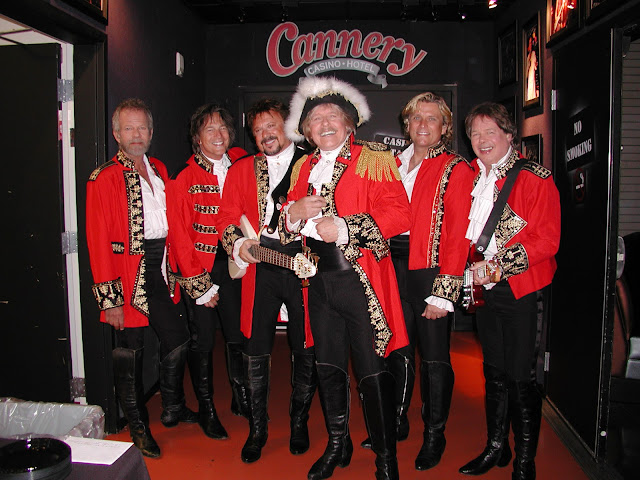 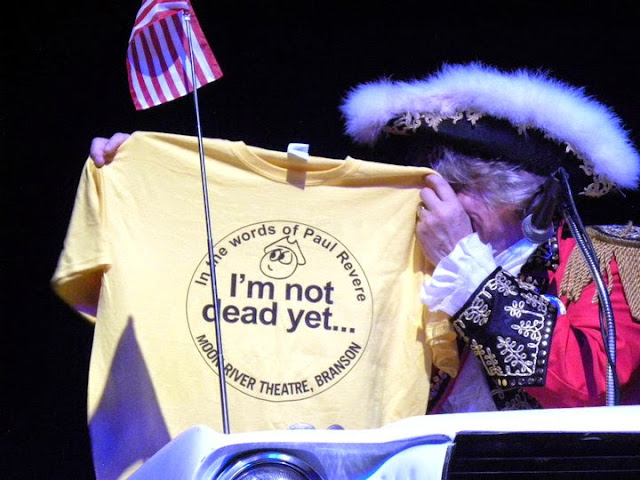