As announced here a couple of weeks ago, The Wrecking Crew home DVD / BluRay release is FINALLY just around the corner.
We have been singing the praises of the great film for many years now ... it's an EXCELLENT documentation of how the hits were made, '60's-style, in California.  These previously unsung heroes are FINALLY getting their due, thanks to profiles put together by our FH Buddy Denny Tedesco, son of guitar whiz Tommy Tedesco, who was a regular contributor to these sessions.
In addition to the final cut of the film that is now playing in theaters all over the country, the home video releases proudly boast OVER SIX HOURS of additional footage and outtakes, interviews, song snippets and GREAT stories from the artists who were there and part of the scene at the time. 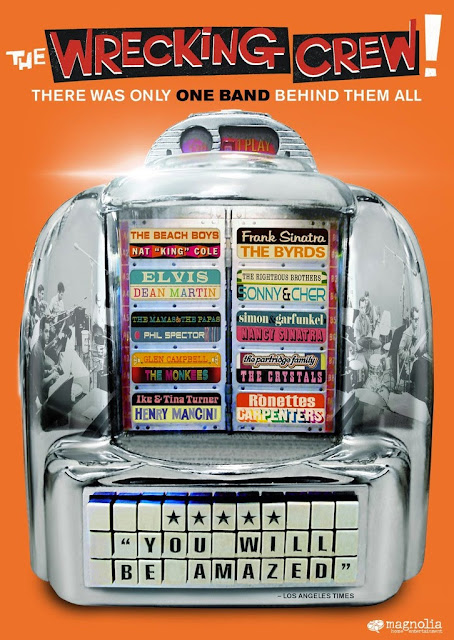 I'd like to take a moment to tell you about a companion book that is ALSO available ... a truly REMARKABLE "coffee table" type book, soft-cover bound, that's the size of a record album (12 x 12), chock full of 268 pages of photos and memories and comments from the movers and shakers of that era, all of whom had their fingers on the pulse as this great music was being created.
You'll discover page after page after page of never-before-seen photos ... studio shots, recording contracts and session logs ... as well as receive fly-on-the-wall commentary from the musicians, artists and engineers who were there making pop music history during the most exciting and important musical era of our times.
Elvis Presley, The Beach Boys, The Monkees, The Mamas and the Papas, Sonny and Cher, Frank Sinatra, Dean Martin ... countless TV and Movie Soundtracks ... great musicians like Glen Campbell and Leon Russell who went on to have their own successful recording careers ... and behind-the-scene musical wizards like Hal Blaine, Carol Kaye, Billy Strange and dozens more ... all told in their own words and pictures ... the PERFECT companion piece to the DVD or BluRay discs. 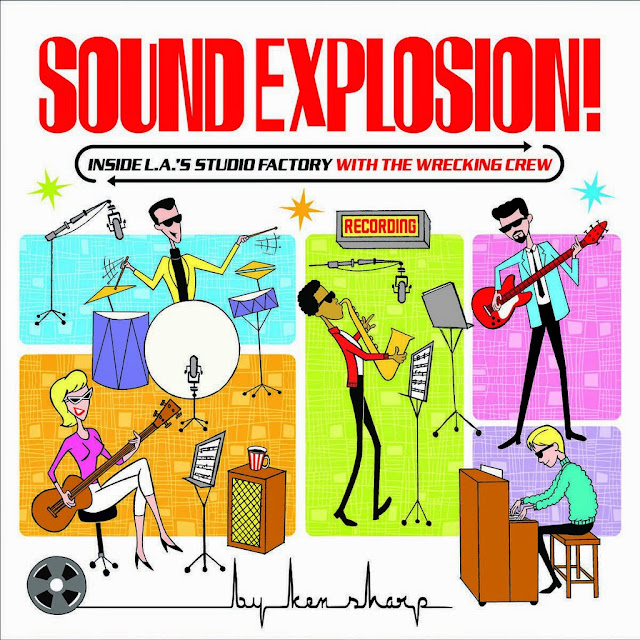 A movie soundtrack CD is also in the works.  (More details and dates to come as they become available).  These artists provided the soundtrack to our lives ... you simply will not believe the volume of tracks they produced during this era, all as uncredited, unsung heroes who crafted and shaped the "now sound of today", '60's-style.  (You'll now be able to pop that soundtrack into our CD players whenever we feel like it and relive all of the music, magic and memories!!!)
Numerous delays, film festival showings and fund raisers to collect the money for music rights have turned Denny's little project (originally started as a tribute to his father, who passed away early on during this whole process but was captured on tape for a number of comments and memories) into a 19-year ordeal of getting this final story out to the fans.  Well, it has FINALLY happened ... and all I can tell you that it was WELL worth the wait.  Denny Tedesco can be proud of what he's accomplished here ... and Forgotten Hits Readers will most definitely want to add these items to their personal libraries.
DVD / BluRay available June 16th
(Kickstarter contributors will receive their "special" version of this release automatically ...  others can preorder through the website below)
The book "Sound Explosion" is available now.
Complete details here:  http://store.wreckingcrewfilm.com/
https://www.facebook.com/pages/Sound-Explosion-Inside-LAs-Studio-Factory-with-the-Wrecking-Crew/612989205497913
And this just in ...
FH Reader Harvey Kubernik tells us about a very special Wrecking Crew Concert Event coming up in Hollywood, California next week. 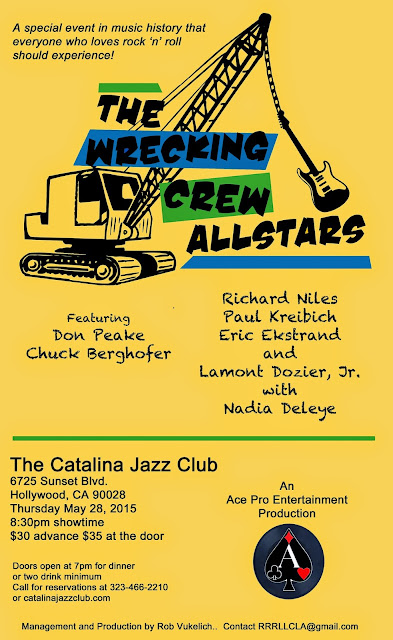 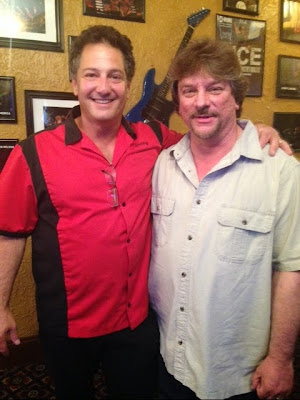 Denny Tedesco and Kent Kotal
after a special screening of "The Wrecking Crew"
at The Arcada Theatre last year
Posted by Kent Kotal at 6:57 AM