Sonny and Cher appear on tonight's episode of The Man From U.N.C.L.E. 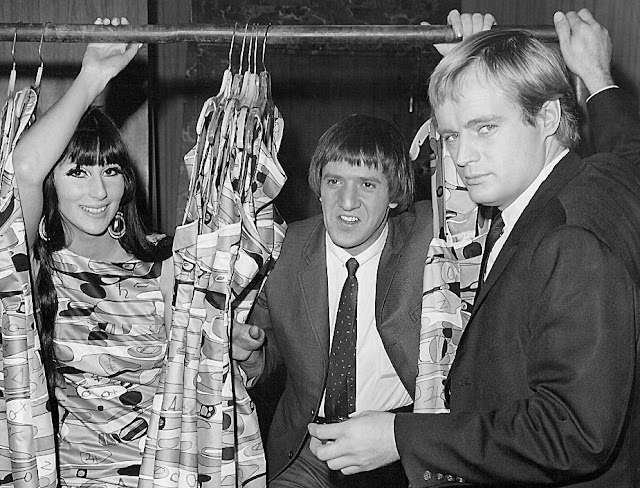 Earlier this afternoon The Hardly Worth It Players appear on "Where The Action Is" to perform their novelty hit / Senator Bobby version of "Wild Thing".

The very first Pink Floyd single is released in England, where it peaks at #20 on the UK Singles Chart.  "Arnold Layne" goes absolutely nowhere here in The States, however ... but the band will go on to become one of the most influential artists in music.  Their 1973 album release, "Dark Side Of The Moon", would stay on Billboard's Top 200 Album Chart for 741 weeks, a little over fourteen years.

Hardly considered a "singles band", they did, in fact, score two Top Ten Hits here in The States, including the #1 Single "Another Brick In The Wall" in 1980.  Back home in Great Britain, after a follow-up 1967 single called "See Emily Play" peaked at #6, they wouldn't hit the singles chart again until 1979 with the aforementioned "Brick" from their #1 LP "The Wall".  (Apparently "Money", a #10 US Hit, wasn’t released as a single in The UK.)
Posted by Kent Kotal at 6:00 AM