The Association are all over TV this month … tonight they perform on a Carol Channing television special on ABC performing "Along Comes ... Carol(?!?!?!)" 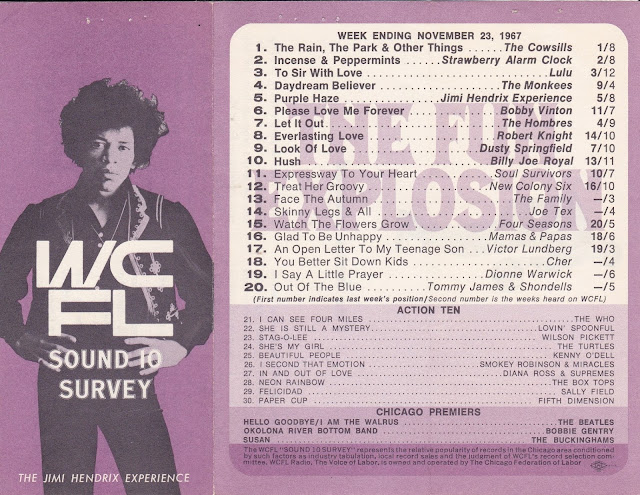 Now THAT'S something you're not going to see every day ...

You'll find some new music premiering on both of our local charts this week by Chicago's very own Buckinghams  ("Susan", a Chicago Premier on the WCFL Chart, and "Bend Me, Shape Me", a future #1 Record for The American Breed!)