Anybody watch that new ABC limited run television series 1969 the other night?
It’s a look back (in a documentary sort of way) at some of the biggest events of fifty years ago, much like we’re doing throughout 2019 in Forgotten Hits.

The opening episode spotlighted the moon landing, playing up much of the behind-the-scenes players and events … think “Hidden Figures” in an updated sort of way.
The six-episode series airs Tuesday nights at 10 pm Eastern / 9 pm Central … and upcoming topics will include Chappaquiddick, Woodstock, The Manson Family, John Lennon’s Bed-Ins for peace, Nixon’s first year in the White House and more.  It should provide an interesting look back at “That Was The Year That Was” / 1969.  (kk)

And, speaking of recent tv, I watched the Motown 60 Grammy special, too, celebrating Motown’s 60 year anniversary.  More tribute performances than actual Motown stars this time around … not quite like the phenomenal Motown 25 television special of several years ago.  Too many of these great stars have left us.
Things kicked off to a rousing start with Stevie Wonder (looking somewhat unrecognizable) doing “Sir Duke” and Berry Gordy and Smokey Robinson telling the story about Motown’s first #1million-selling hit, “Shop Around,” which Smokey then performed with Pentatonix.  Meghan Trainor also did a note-for-note, letter perfect reading of The Supremes’ “You Can’t Hurry Love” which was segued into the original where you literally couldn’t tell the difference from where one version stopped and the other one began.  That whole controversial J-Lo sequence that aired several months ago was repeated as was a beautiful tribute to Marvin Gaye performed by John Legend.  (I will admit to never having been much of a John Legend fan in the past … but his last several televised performances … including “Jesus Christ, Superstar” … have completely blown me away.  This is one VERY talented dude!)
Two emotional highlights for me were Stevie Wonder performing “Never Dreamed You’d Leave In Summer” as a tribute to his late, first wife Syreeta, and Diana Ross performing a “Lady Sings The Blues” medley face to face with Berry Gordy himself … VERY moving.
Catch it On Demand if you can … or watch for the inevitable DVD release.  Although about half the show dragged, it is still well worth checking out.  (kk)

And finally, Me-TV has just announced the return of one of MY all-time favorites, “The Dick Van Dyke Show,” which will begin airing on Sunday Nights at 11 pm Eastern / 10 pm Central on May 5th with back-to-back episodes.
To kick off the launch of one of television’s greatest series ever, Carl Reiner himself has selected his personal ten favorite episodes, which will run over the course of the first five weeks.  (Cleverly promo’d as “Pick Van Dyke,” this should be an interesting mix!)  kk

Sting is the latest rock start to announce a Las Vegas residency … he’ll be appearing at Caesar’s Palace for a 16 night run beginning in May of 2020.  Aerosmith, Journey, John Fogerty, James Taylor and even a two-night set by The Eagles have all recently made Las Vegas “home base” to help cut down on the rigors of touring.
And it sounds like a pretty lucrative gig … Rolling Stone Magazine is reporting that tickets for the Journey show (also at Caesars) run from $109 per ticket for one of the “cheap seats” on up to $1080 for second row!  (kk)

One of WLS’ original rock jocks, Jim Dunbar, has passed away at the age of 89.  (How appropriate is that???)
Dunbar was the morning host the day that WLS switched to Top 40 / Rock and Roll on May 2nd, 1960.  (That 59 year anniversary is right around the corner, too!)
After three years with WLS, Jim moved on to KGO in San Francisco, where he stayed as a talk show host until he announced his retirement in 2000.
Robert Feder is reporting that Dunbar twice made national headlines during his years on San Francisco television and radio. In 1969, while hosting “A.M. San Francisco,” Dunbar received a call on the air from a man who claimed to be the Zodiac Killer ... and in 1973, he survived an assassination attempt when a gunman who shot at him was thwarted by his studio’s bullet-proof glass.  (That’s quite the career!!!)

All kinds of Micky Dolenz news this past week ...
Last week we ran the shot of Micky with Alice Cooper, working together as part of Cooper’s Solid Rock Foundation … and now, as he prepares to head down under to Australia and New Zealand in June for the next leg of The Mike And Micky Tour, he has done an absolutely BRILLIANT interview with Wonderlust’s Liza Lentini that makes for some absolutely fun reading.

You can check it out here: https://wonderlusttravel.com/micky-dolenz-monkees-interview/?fbclid=IwAR2EOJbBZaeb81qOXxBNm68CDVB9Dhf-GZIeQqs4ox4x_-NHJAwURHZxNQo … along with more on The Mickster (and even a mention of yours truly) here:  http://www.themacwire.com/the-glorious-corner-avengers-endgame-micky-dolenz-author-mark-bego-and-more/

And here’s the latest on rock star author Mark Bego, also mentioned in that MacWire post …

BEST-SELLING CELEBRITY AUTHOR MARK BEGO PREPARES THREE BOOKS FOR 2019 RELEASE INCLUDING THE SUPREMES AND ELTON JOHN
Mark Bego, New York Times best-selling author, has a record number of books due to hit the stores in 2019, including a book with Mary Wilson of The Supremes, and an expanded biography of Elton John.  Bego, who is known for his million selling books on Michael Jackson, Madonna and Whitney Houston, turns his focus towards two of the top acts in show business, and more.
With longtime best friend Mary Wilson of The Supremes, Mark is the co-author of the deluxe coffee table book Supreme Glamour.  According to him, “In this concise retelling of the legendary Supremes’ story, Mary recounts what it was like to be one-third of the most famous female singing group in recorded history.  Supreme Glamour captures all of the fashions, excitement, ambition, heartbreak, and triumph of The Supremes with insightful frankness.”  Supreme Glamour (Thames & Hudson / UK:  September 5, 2019 / US:  September 17, 2019)  Pre-publication sales have already placed the book on three of the Amazon best-seller lists.
Bego’s telling of the Elton John story will be published in Germany first, and then here in the US.  He explains, “With the forthcoming release of the Elton John movie, Rocket Man, the public’s desire for the complete story on this superstar is at an all-time height.  I am so happy to be the author who delivers the ultimate telling of this fascinating story.” Elton John:  Die Story (Hannibal Books / May 16, 2019)  Rocket Man:  The Story of Elton John (Pegasus Books / 2019)
Mark is also the co-author of the forthcoming book Living the Luxe Life, with millionaire Beverly Hills hotel owner Efrem Harkham.  It is a story of the rise, success, and advice from Harkham, told in an inspirational way.  (Living the Luxe Life (Skyhorse Publishing / 2019)
Mark Bego’s recent best-sellers have been Aretha Franklin: The Queen of Soul (Skyhorse Publishing / 2018) which hit Number One in Amazon.  And his critically acclaimed celebrity cookbook, Eat Like a Rock Star hit the Top Ten in Amazon, and has become the most perennially successful book of his career.
With so many books in the works, what is next for Mark Bego?  According to him, “I have already been collecting recipes for Eat Like a Rock Star Volume II, and several of my celebrity chefs now want to do books with me.  I still have several new tricks up my sleeve!  I have written 66 published books, and I have just begun!” 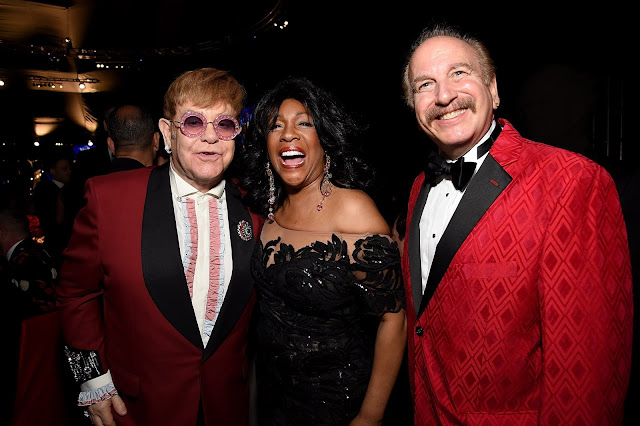