We've been talking about the Dick Biondi Documentary for months now ...

And have partnered up with Pam Pulice, the woman behind the making of this great and necessary film, to help raise the funds needed, in any way possible, to finally push this project over the finish line ...

So we are quite excited about the brand new fund-raising event being held this Sunday at 115 Bouron Street in Merrionette Park, featuring performances by The New Colony Six, The Cavedwellers, The Meteors, Bagshot, The Southside Exiles, The Hundred Dollar Quartet (featuring Scott May of The Ides Of March) and special guest appearances by Jay Reincke (of Jay and the Americans), Carl Giammarese of The Buckinghams, Dennis Tufano (former lead singer of The Buckinghams) and Jim Peterik of The Ides Of March, who has officially dubbed this event The BED, BATH AND BIONDI Thingy!!!

Your hosts for the afternoon event include Scott MacKay of 95.9 The River, Actor (and Fundraiser) Joe Ferina, the incomparable Ron Onesti, Sock Hop DJ Pete Weldon, Film Maker Pamela Pulice (and who knows, maybe even a word or two from me!)

Tickets in advance are just $37 (or $42 at the door) and include a buffet dinner, beer, wine and soda, a silent auction, a 50/50 raffle and a screening of the official Dick Biondi Movie Trailer.  (Once the film has been completed, it'll air on PBS television stations across the country.) 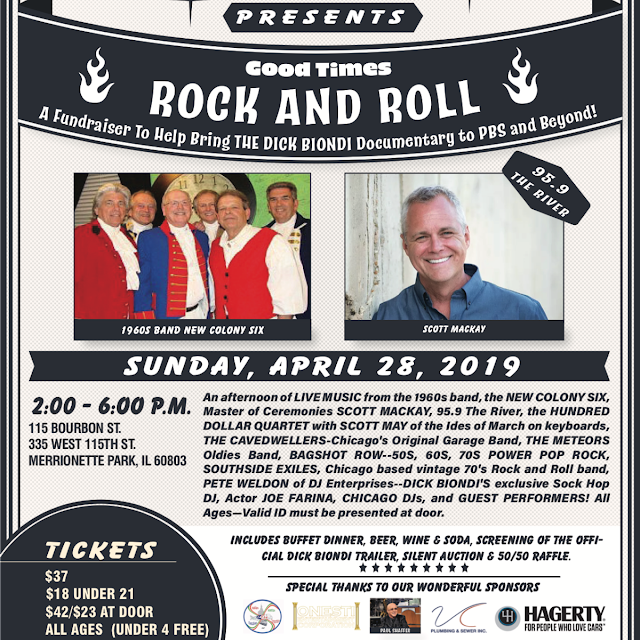 Hi Kent,
Breaking news!!! Please let your readers know ASAP!!! Thank you!!!
It's official!
Dennis Tufano, the Original Lead Singer of The Buckinghams, WILL PERFORM at The Good Times Rock and Roll Fundraiser on Sunday, April 28th.
WOO HOO!!!
Dennis will sing with Carl Giammarese … and the two will join Jim Peterik, who is also performing –
THREE LEGENDS ON STAGE to show their love and support for the man who helped make their careers, Top 40's legendary DJ, Dick Biondi.
DON'T MISS THIS INCREDIBLE OPPORTUNITY!
Get your Tix NOW at www.DickBiondiFilm.com
Best Wishes,
Joe Farina
Director of Communications and Marketing
Dick Biondi Film
https://www.dickbiondifilm.com/
https://www.facebook.com/TheDickBiondiFilm/

Oh WOW!!!  This is some VERY excellent news … and with The New Colony Six headlining the event, this is going make for one very exciting afternoon of fun and entertainment!

A guitar signed by all of The Buckinghams … 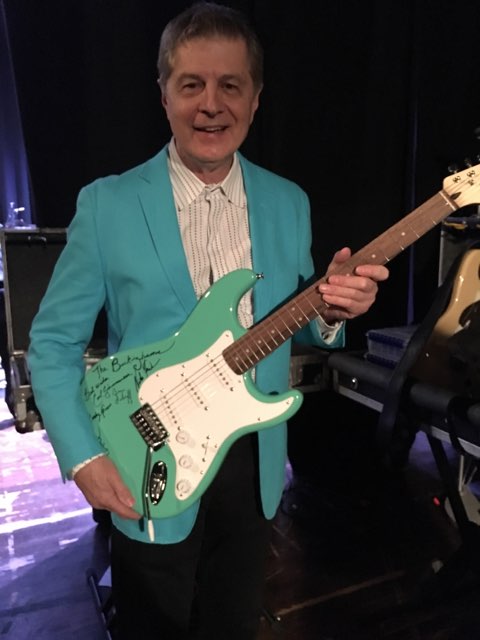 A guitar signed by all of the artists who take part in the Cornerstones Shows … The Shadows Of Knight, The Cryan’ Shames, The New Colony Six, The Ides Of The March and The Buckinghams … 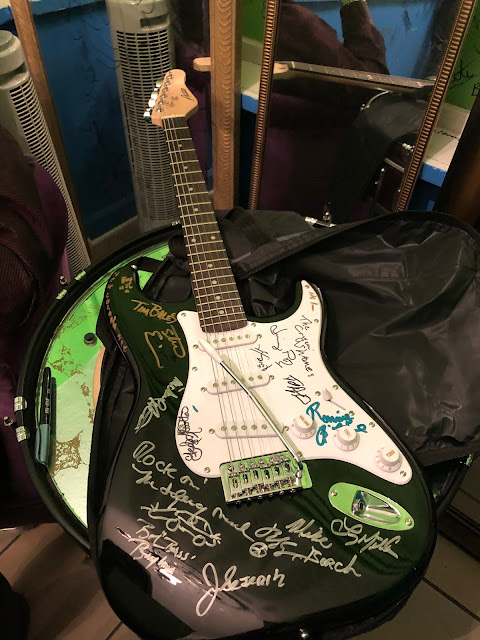 And a guitar signed by the members of the rock group Chicago!!! 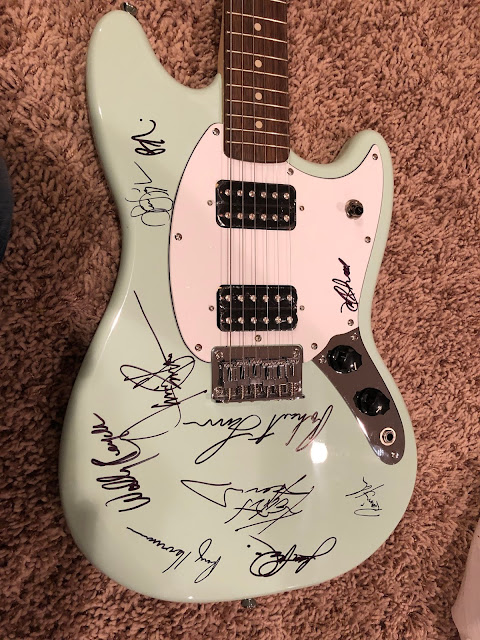 There will be live music all afternoon, featuring The New Colony Six, The Cavedwellers, The Meteors, Bagshot Row, The Southside Exiles and The Hundred Dollar Quartet, featuring Scott May of The Ides Of March.

Buffet Dinner – Beer, Wine and Soda – A Screening of the Official Dick Biondi Trailer – a Silent Auction and a 50/50 Raffle.

Hosted and MC’d by Pamela Pulice, Joe Farina, DeeJay Scott MacKay of The River Radio and the incomparable Ron Onesti of The Arcada Theatre.

Joe tells us more below …

Join us for an afternoon of family fun at the Good Times Rock and Roll
Fundraiser April 28, 2019! Special performances by JIM PETERIK of the
IDES OF MARCH, CARL GIAMMARESE of THE BUCKINGHAMS and JAY REINCKE of JAY AND THE AMERICANS!
Enjoy food, drink, and LIVE MUSIC from the 1960s band NEW COLONY SIX, M.C. SCOTT MACKAY of 95.9 The River, HUNDRED DOLLAR QUARTET with SCOTT MAY from the IDES OF MARCH on Keyboards, THE CAVEDWELLERS, THE METEORS, BAGSHOT ROW, SOUTHSIDE EXILES, PETE WELDON — Dick Biondi's exclusive sock hop DJ, Actor JOE FARINA, Chicago DJs, Guest Performers and Live and Silent Auctions!
Tickets On Sale here:
https://dickbiondifilm.yapsody.com/event/index/322291/good-times-rock-n-roll
Thank you to our wonderful sponsors: Paul Shaffer, Onesti Entertaiment, VC Plumbers, The Village of Bolingbrook and Mayor Roger C. Claar, Hagerty Insurance and the Italian American Executives of Transportation.
Media Support: MeTV-FM, 95.9 The River, 94.7 WLS-FM and the In A Nutshell TV Show
Acknowledgements: Newcity Magazine, Randolph Street Market,
www.WCFLchicago.com and We The Italians.

Don’t miss this once in a lifetime opportunity to join in the celebration of America’s Dee Jay, Dick Biondi!  (And yes, we’ll be there, too!)

Kent –
Check out this article from We The Italians about the Dick Biondi Film and Fundraiser.!  Umberto did a great job!  The interview was done awhile back and unfortunately doesn’t include all our awesome special guests — Jim Peterik, Carl Giammarese, Jay Reincke, and Dennis Tufano.
Enjoy!
Pam
http://wetheitalians.com/magazine?fbclid=IwAR3gEtwUGWL5LiGyz5xbvNV72s6cbrpBBd7gBHr9ssULwuMYt1hljfwnP60#76/7

Jim Peterik is referring to Sunday’s festivities as the Bed, Bath and Biondi Event!  (lol)  Hope to see ALL of you out there to show your support.  Let’s get this movie made!!!  (kk)