These were the biggest hits in Chicago the week that I turned Sweet Sixteen in 1969 ...

The Top Four records remain unchanged from the week before as The Rolling Stones now chalk up their FIFTH week at #1.

In only two new entries into The Top Ten this week are "Easy To Be Hard" by Three Dog Night (which climbs from #13 to #6) and "Sugar Sugar" by The Archies, up eight places from #16 to #8.

The Illusion make a big move from #20 to #11 with "Did You See Her Eyes."  (This record was first released six months earlier ... and bubbled under in both Record World - #125 - and Cash Box - #133.  It didn't premier in Billboard until the week of July 5th.)  Despite all the hype about how big these guys were going to be, they are essentially One Hit Wonders, never hitting The Top 40 again.  Here in Chicago, "Did You See Her Eyes" would peak at #10, while nationally it got to #24 (and only #32 in Billboard.)


Bill Deal and the Rhondels continue to climb with their latest as "What Kind Of Fool Do You Think I Am" jumps ten places from #30 to #20.  That gives them three straight Top 20 Hits on the WLS Hit Parade.

Lou Christie is back with what will prove to be a HUGE comeback hit as "I'm Gonna Make You Mine" debuts at #30.  And, talk about comebacks, The Dells premier at #40 this week with an updated version of a song they first charted with back in 1956, "Oh, What A Night."  (This one is still one of my all-time favorites!)

And I can't leave off "You, I" by The Rugbys, another big record here in Chicago.  My brother Mark played the heck out of this record ... we heard it virtually non-stop around the house at the time.  I remember this record doing exceptionally well in Louisville, KY, too, from a series we did about twelve years ago called "Show Me Your Hits," where Forgotten Hits Readers from all over the country submitted songs that were big hits on their local area charts but never made much of an impression nationally.  We discovered all kinds of goodies along the way during this series.

August 20th – Today marks the last time that all four Beatles were together in the studio at EMI in London.  Ironically, nothing was recorded today.  Instead, they completed the final mix of John’s “I Want You (She’s So Heavy)” and discussed the sequencing of the songs that would appear on their “Abbey Road” album

Also on this date, Frank Zappa temporarily disbands The Mother Of Invention.  After an eight-day tour of Canada, Zappa said he was “tired of playing for people who clap for all the wrong reasons.”  They will regroup shortly thereafter.

August 22nd – All four Beatles are photographed together for the very last time at John and Yoko’s Tittenhurst Park home. 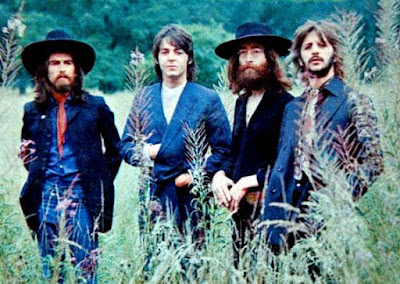 One of these photos will eventually grace the cover of the "Hey Jude / Beatles Again" album cover here in America. 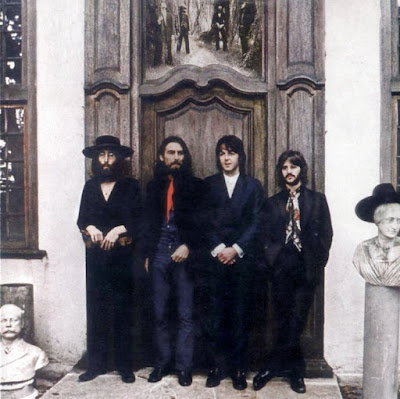 Also on August 22nd, Colonel Tom Parker sends a memo to Elvis Presley (currently performing in Las Vegas) that some of the jokes he is telling on stage are too risque.  (Seriously?!?!?)

Also on this date, Lulu appears on The Johnny Cash Show.  (You've got to really handle it to Johnny Cash ... he made it a point to provide complete diversity in music every week!)  As a result, you got country music, pop music, rock music ... and everything from The Statler Brothers to Bob Dylan to Lulu to Linda Rontadt to Creedence Clearwater Revival to Roger Miller to Derek and the Dominoes to Neil Diamond to Stevie Wonder!!!  Just amazing.

August 24th – The Arlo Guthrie movie “Alice’s Restaurant” opens in New York and Los Angeles.  The album that inspired the film came out two years earlier and to this day is featured nearly every Thanksgiving on radio stations across the country.

Also on this date, John Lennon writes "Cold Turkey," a song about kicking his heroin addiction.  It’s another example of “Primal Scream” Lennon.  Former Beatle Ringo Starr plays drums on the track while Beatle-buddy Klaus Voorman played bass.  Lennon will later state that “Cold Turkey slipping down the chart” was one of his reasons for returning his M.B.E. (Member of the British Empire) to The Queen.