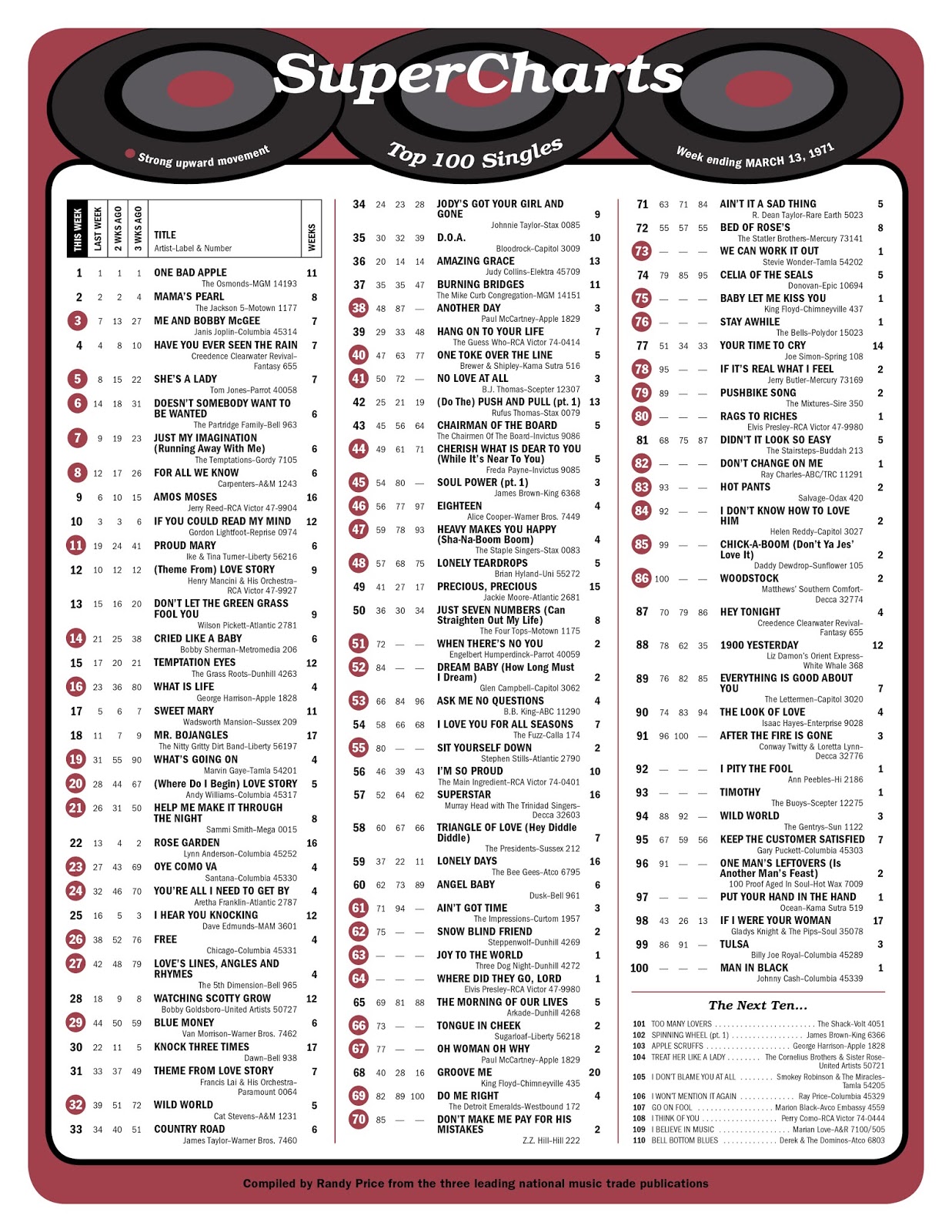 The Osmonds pull off the unlikely feat of holding down the #1 position on this year's Super Chart for a FIFTH consecutive week.  (That means that they've now spent FIVE weeks of their eleven week chart run at #1 ... plus an additional week in The Top Ten.)  The Jackson Five once again hold at #2 with "Mama's Pearl," a song that also peaked at #2 in Billboard and Record World ... but DID hit #1 on the Cash Box Chart.

Janis Joplin slides into the #3 spot, up from #7, with "Me And Bobby McGee," now the most likely candidate to move into the top spot next week.  "Doesn't Somebody Want To Be Wanted" makes an impressive eight point move from #14 to #6, while the Ike and Tina Turner version of "Proud Mary" is also up eight spots from #19 to #11.

"Joy To The World" by Three Dog Night is this week's biggest premier, debuting at #63.  Everybody knew right off the bat that this one was going to be a MONSTER smash ... and it was ... Record Of The Year on virtually every chart from coast to coast.  (And incredibly Danny Hutton and Cory Wells didn't want to record it!!!)  It was only at Chuck Negron's insistence that the band record the song and release it as a single that it got out there for all of us to enjoy for the past fifty years.  In fact, Chuck had to go into the studio and cut it SOLO and then play it back for the others just to convince them that this could be a hit.

Stevie Wonder's version of The Beatles' 1966 hit "We Can Work It Out" premiers at #73 this week.  Stevie and Paul McCartney would team up nearly a dozen years later to record their #1 smash duet "Ebony And Ivory," a song that topped the Billboard Hot 100 Pop Singles Chart for SEVEN WEEKS in 1982.  Of all the Beatles covers recorded over this years, this is still one of my all time favorites.

Debuting at #76 is a song by The Bells called "Stay Awhile."  This is one of those tunes that you either loved it or you hated it ... absolutely no middle ground on this one.  I loved it.  (In fact, I remember taking the "L" downtown with our instruments and then performing this song at The University Of Illinois Chicago Campus back in 1971with Brad Gould and Carl DeStefano, where I performed the male lead and Carl did the female part in a beautiful falsetto that had the whole audience laughing!)

Also new on the chart this week is "Timothy" by The Buoys ... hands down the #1 song ever written about cannibalism!!!  The Buoys featured a young Rupert Holmes (fresh off a stint with The Cuff Links) and displayed his early talent for comedy and word play.  A lot of stations wouldn't play this song (including WLS) ... but it still managed a #13 showing on the national charts ... and a #8 peak on Chicago's WCFL Chart.

This Week in 1971:
March 7th – Actor Peter Sarsgaard is born 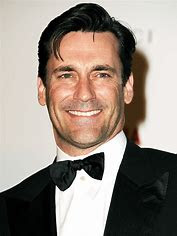 March 12th and 13th – The Allman Brothers Band play their legendary concert at The Fillmore East.  Both shows were recorded and released as a live album in July of this year.
Posted by Kent Kotal at 6:00 AM