Long-time Forgotten Hits Reader and frequent contributor Clark Besch sent me this piece quite a while ago .. and it somehow got lost in the shuffle ...

So I'm happy to have stumbled across it again and am proud to share it with you today. 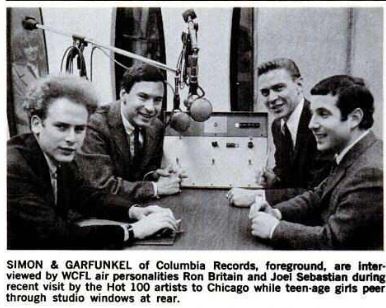 I wonder if you would be interested in hearing an interview with Simon & Garfunkel done in early 1966 before a concert in Chicago, by WCFL Chicago DJ Jim Stagg, who traveled with the Beatles on their 1964 tour of the US.  It is QUITE enlightening as to the newfound "10 year overnight success" of the duo.

Since most of us grew up in the 60's, it will be interesting to see the young stars' philosophies as they make their first trip to Chicago.  WCFL itself was new to top 40 radio, having only installed the format six months previously.

Among many things, they give unbridled stories of their hitchhiking and trips to England and how stickball gave them their beginnings as a performing duo ten years previous.  You'll hear how they came to record "Sounds of Silence" and their thoughts on it becoming huge after originally being a flop.  "Homeward Bound" was their current single and they mention the folk rock of the day, saying that Sonny & Cher's new one, "What Now My Love," "is a good one."  Altho Paul felt "radio underestimated the hipness of kids," he felt (correctly) that the UK was ahead of the US scene.  He had many songs saved up already at this point and discusses his songwriting "style" and mentions what he WOULD have rather written something other than "Sounds of Silence" if he had been TRYING to make a hit record.  In a fit of future "Emitt Rhodes-ness," Paul does feel stress to write stuff a label wants, but he doesn't care.  He will write what he feels, instead.

They name some of their favorite songwriters including saying what none of us in February, 1966, here in the US had any idea of:  'Music people' were previously TRYING to make Donovan into the "new Dylan," when in reality, he does great new music in his own style."  HOW TRUE!!!  Soon, "Sunshine Superman" would show us Americans what Paul told us months earlier!!!

With all the talk about how music is physically presented at that time, as opposed to letting the music stand by itself, Paul concedes that maybe it DOES matter what people dress like.  Simon & Garfunkel DO disagree at times, but Art says "no stress."  Wish THAT would have continued!!!  Look at them now.  Then, Art thinks the future is bright and Paul is a bit more conservative saying that at least, it won't be "Eve of Destruction."  Not a big PF Sloan fan, I guess?  Haha

This interview was originally aired in small segments during Jim's afternoon WCFL radio show, so may have never aired in its entirety.  The tape came with this unedited as well as all the edited parts used on the show.   Jim Stagg, IMO, had one of, if not THE BEST, radio voices ever. It's really a great 25 minute interview that is only out there in a small way, as I have the master tape and have shared it only sparingly over the decades.  Hope you enjoy it.

This piece becomes all the more timely with the news earlier this week that Paul Simon has become the latest celebrity to sell off his music catalog.

While no official price tag has been revealed, it is estimated to be around $200 million and, much like the Bob Dylan deal from a few months back, this transaction gives Sony Music ownership of everything Simon has written to date ... some 450 songs.

Upon hearing the news, one FH Reader asked me if Dylan’s catalog might be more valuable … and, from the vantage point of prestige, it probably is.  However, the REAL value of this material depends on your planned usage of it.

If you’re going to start making your money back thru licensing this music in television advertisements and placement in movies, Simon’s catalog is far more commercial and accessible … hell, his music has been used in movies for YEARS!  (Where would “The Graduate” have been without him?  And that was 1967!!!)

Poor Artie must be seething right now … but that’s the advantage that comes with being the prolific songwriter that Paul Simon is, rather than the angelic vocalist behind so many of those early hits.

This definitely seems to be the new trend as more and more artists starting hitting the end of the road, making sure their families and loved ones are provided for till the end of time.  (I’ve gotta believe the harsh reality of what something like Covid can do only helped to drive the point home that much harder.)  FH Reader Clark Besch, who prepared today's Simon and Garfunkel piece, quipped that this is now the SECOND time "Graceland" has been sold (referring, of course, to Elvis' Memphis mansion and Paul Simon's landmark recording of the same name.) 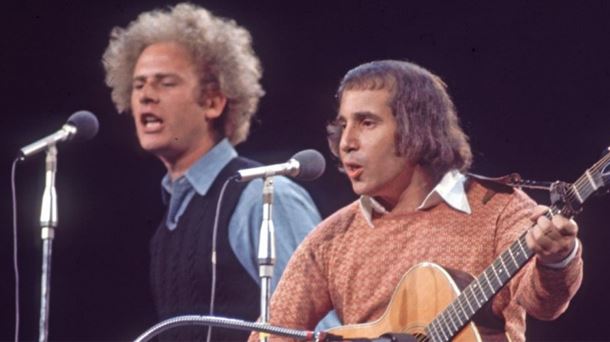 Since we're in Spoken Word Format today, here is another one of my all-time favorite Simon and Garfunkel clips, recorded after their official break-up in 1970.  Clearly, the guys were still able to have some fun together, both brightly optimistically at the prospect of what the future may hold under this new, solo direction.  (Talk about going out on a high note ... their final album together, "Bridge Over Troubled Water," was an absolute masterpiece, topping the charts for ten weeks and becoming one of the biggest selling albums of not only 1970, 1971 and 1972, but of all time.) 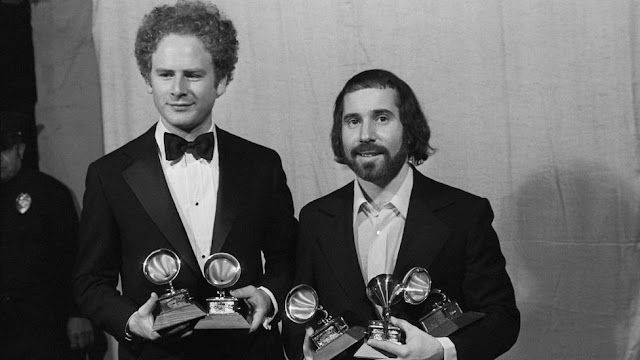