Whether your preference is vintage '60's "Ed Sullivan Era" Stones ... or late '70's "Some Girls" Stones ... or you just have to have it all ... there'll be something for everybody contained in these two hot new releases.

Wouldn't it be great if they ended up releasing ALL of the musical performances from The Ed Sullivan Show?!?!?  Last week we told you all about a brand new, special Motown Edition ... and there are already special editions on sale featuring all of the appearances by Elvis Presley and The Beatles ... as well as assorted compilations featuring one-off clips from any number of big music stars of the day ... but THIS one's going to sell a few copies ... it's a brand new release spotlighting all of the Sullivan appearances by The Rolling Stones!!!  (Guess that means you'll be able to catch Mick singing "Let's Spend Some Time Together" again!!!)  Read on!  (kk)
THE ED SULLIVAN SHOW STARRING THE ROLLING STONES
TO BE RELEASED IN TWO VERSIONS -
A 4 SHOW SET AND A DELUXE 6 SHOW EDITION
WATCH THE TRAILER HERE: http://www.youtube.com/watch?v=a7JEGcWGbKE 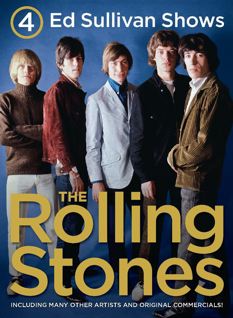 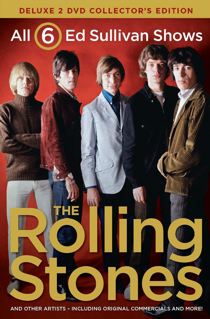