Ladies And Gentlemen: The Rolling Stones

Last month we told you about a hot new video release spotlighting the appearances of The Rolling Stones on The Ed Sullivan Show.  The initial release featured FOUR of the band's performances on the program and this version of the disk has been available now for about a month.

But on Tuesday, November 1st, the DELUXE version of this series comes out on DVD ... an incredible set featuring ALL SIX of The Rolling Stones' performances on The Ed Sullivan Show ... that's right ... EVERY single performance in full program format, complete with original commercials.

Here's more on this hot new release (available through EdSullivan.com as well as all of the usual outlets): 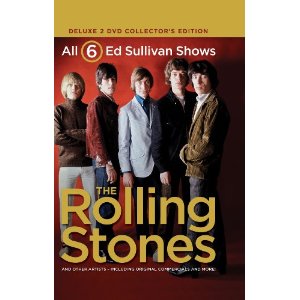 The Ed Sullivan Show Starring The Rolling Stones is being released on November 1st.
And, speaking of important dates, October 25th marked the 47th anniversary of the band's very first appearance "right here on our stage."

You can watch the official trailer here:
http://www.youtube.com/watch?v=a7JEGcWGbKE
And enjoy a few photo stills here: 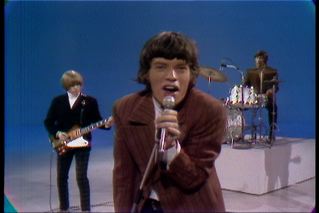 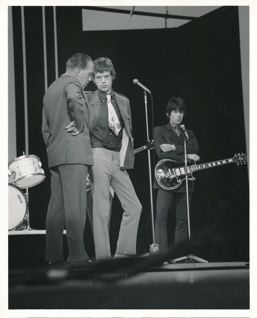 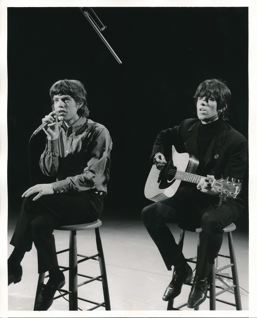 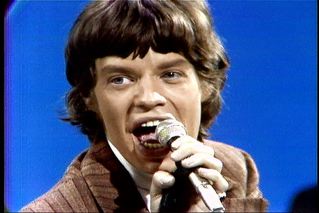 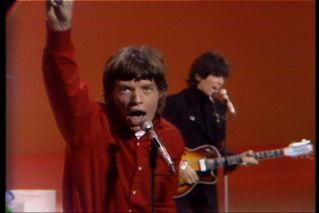 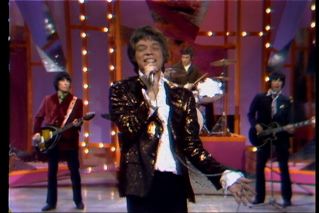 
Meanwhile, here's the scoop on the new DVD Deluxe Edition:


The Ed Sullivan Show, the legendary live Sunday night variety show with a viewership of more than 35 million, was the unwitting catalyst that helped ignite music’s British Invasion.  That musical assault kicked off a new sound that would change the world forever.  One of the most significant and enduring forces in that invasion was a group of young upstarts who called themselves the “Rolling Stones.”  They offered their own brand of gritty, rhythm and blues-inflected, down-and-dirty rock ’n’ roll that would eventually conquer the music world, making them one of the all-time greatest bands in history.  In fact, they came to be universally known as “The World's Greatest Rock and Roll Band.”


The Rolling Stones, the bad boys of rock ’n’ roll, first performed on The Ed Sullivan Show, as part of their introduction to the American public in 1964. The Ed Sullivan Show gave the Rolling Stones a national platform by broadcasting them into millions of living rooms across America and, in turn, helped catapult them to the top of the music charts.

The Rolling Stones’ very first appearance on October 25, 1964, with the band whipping the audience into a frenzy with the Chuck Berry classic “Around and Around,” and their Top 10 hit, “Time Is On My Side.” This show captures the excitement and hysteria of their fans in the Sullivan Theater as they nearly drown out the Rolling Stones’ performances. The screams lasted throughout the entire performance, continuing after they finished and the curtain had dropped with Sullivan’s futile attempts to calm the crazed teenage crowd as he tries to say a few words to Mick.

The Rolling Stones making their triumphant return to the Ed Sullivan stage on May 2, 1965, performing an early original composition by Mick Jagger and Keith Richards - the Top 10 hit “The Last Time”; a rendition of the Willie Dixon blues classic “Little Red Rooster”; a cover of Solomon Burke’s “Everybody Needs Somebody To Love”; and closing out the show -- the rarely performed instrumental homage to Chess Records, “2120 South Michigan Avenue.”


Their February 13, 1966, Ed Sullivan Show appearance, presented in gorgeous CBS color, performing their No. 1 smash hit “(I Can’t Get No) Satisfaction” against a backdrop of screaming fans and a touching rendition of their hit “As Tears Go By.”  Performed as a duet, the song features the vocals of Mick Jagger and the soft chords of Keith Richards’ acoustic guitar.  They end this Sullivan appearance with their newest hit, the manic “19th Nervous Breakdown.”

The Rolling Stones returning to the Ed Sullivan stage on September 11,1966, after being chased by a mob of fans down Broadway following the dress rehearsal, with a unique performance of their No. 1 hit “Paint It, Black” with Brian Jones sitting and playing the signature riff on his sitar; their hit “Lady Jane,” featuring Jones on dulcimer as the band showcases their versatility by closing the show with their smash Top 10 hit “Have You Seen Your Mother, Baby, Standing In The Shadows?”

The Rolling Stones final appearance on the Ed Sullivan stage with founding member Brian Jones was on January 15, 1967, performing their No. 1 hit “Ruby Tuesday” which was followed by their now historic version of “Let’s Spend The Night Together” with the lyrics changed to, “Let’s Spend Some Time Together” by CBS network’s standards and practices department.  This was a memorable moment of TV censorship.  In true Stones’ fashion, the chorus is defiantly delivered with a sarcastic roll of Mick Jagger’s eyes as he looks into the camera and lets the audience at home know he’s fully aware of the absurdity of the situation.

Their November 23, 1969, appearance which marked their final appearance on The Ed Sullivan Show where the band introduced their newest member, guitarist Mick Taylor, who replaced Brian Jones had left the band was soon thereafter found dead in his swimming pool.  The Stones performed “Gimme Shelter,” a song that summed up the tumultuous period of the late ’60s; the Robert Johnson blues classic,  “Love In Vain” and their latest No. 1 hit, “Honky Tonk Women.”

Additional highlights on this collection include:
·        Tom Jones singing “Watcha Gonna Do When Your Baby Leaves
You.”


·       The legendary Ella Fitzgerald performing “You’d Better Love
Me” and “Open Your Window .”


Also, included in each Deluxe Collector's Edition set is a 1966 replica ticket for entry to The Ed Sullivan Show.

Each episode hais been fully restored and presented in its historical entirety, complete with all of the other performers as well as the original commercials.  For the first time, these historic shows featuring classic Rolling Stones’ performances will be officially available in a single collection.

The Ed Sullivan Show changed the landscape of American television and music history. Sullivan’s stage was home to the most iconic performances by groundbreaking artists, bringing people and families together every Sunday evening.  It is the longest-running primetime variety show in TV history, and an institution in American pop culture.

Andrew Solt, executive producer of these releases and president of SOFA Entertainment, also produced “25 x 5: The Continuing Adventures of The Rolling Stones,” documenting the band’s phenomenal career from the earliest days through their “Steel Wheels” tour (1989-1990).
Posted by Kent Kotal at 8:00 PM