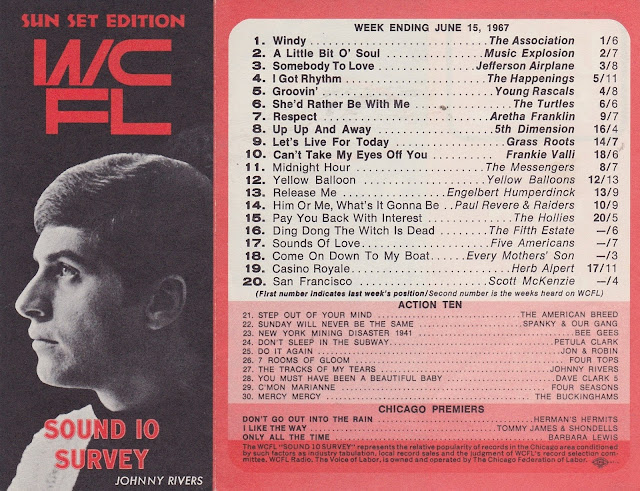 The Mamas and the Papas return to "The Ed Sullivan Show" tonight to perform "Dedicated To The One I Love" and "Creeque Alley".


When John Phillips first sang the lyrics to "Creeque Alley" to his wife Michelle, and got to the line about "no one getting fat except Mama Cass", Michelle giggled and then said, "That's funny, John, but what's the REAL line?"

John replied "That IS the real line".  Michelle thought, "Well, that's not very nice" ... but Cass found the lyrics hysterical ... and gladly sang them.

The fans loved 'em, too ... "Creeque Alley" became The Mamas and the Papas SIXTH Top Five Hit in a span of just 16 months, eventually peaking at #4 on the national charts.

"The War Wagon" starring John Wayne and Kirk Douglas tops the box office again this week for the third week in a row.
Posted by Kent Kotal at 6:00 AM